Vivo’s iQOO is one of the nicest surprises bought by the “sub-brands wave” from China. The company introduced a plethora of competitive gaming smartphones this year featuring 5G connectivity and affordable price tags. Now, the firm is gearing up to unveil its next big thing in the form of the iQOO 5. The device powered by the Snapdragon 865 chipset was spotted a few days ago on Master Lu Benchmark listing. It confirmed a variant with 8GB of RAM. Now, the handset has popped up on GeekBench. The new listing reveals that there will be a 12GB RAM variant as well. 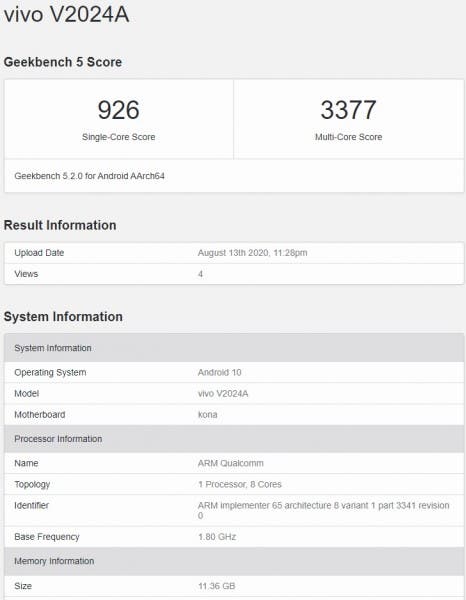 The iQOO 5 was spotted with the Vivo V2024 model number on the GeekBench benchmark. The handset boasts Snapdragon 865 SoC and the score leaves no doubt about this fact. The handset scored 926 points on the Single-Core score and 3,377 points on the Multi-Core tasks. The results are comparable to other smartphones with this chipset. It’s good to see the high-end chip on this gaming chipset. After all, it will ensure that the handset will be able to run most of the games in the Play Store without any hassle.

The iQOO 5 has been a target of multiple leaks during the past few weeks. The handset boasts cutting-edge specifications including a 120Hz refresh rate display and astonishing 120W fast-wired charging. According to Vivo’s tests, this technology is capable of charging a 4,000mAh from flat zero to 50% in just 5 minutes. The gaming phone will come with the best possible specs for performance, and users will also be able to charge it quickly thanks to this ground-breaking technology. It’s great for media consumption due to its high-refreshing rate display and a pair of stereo speakers. 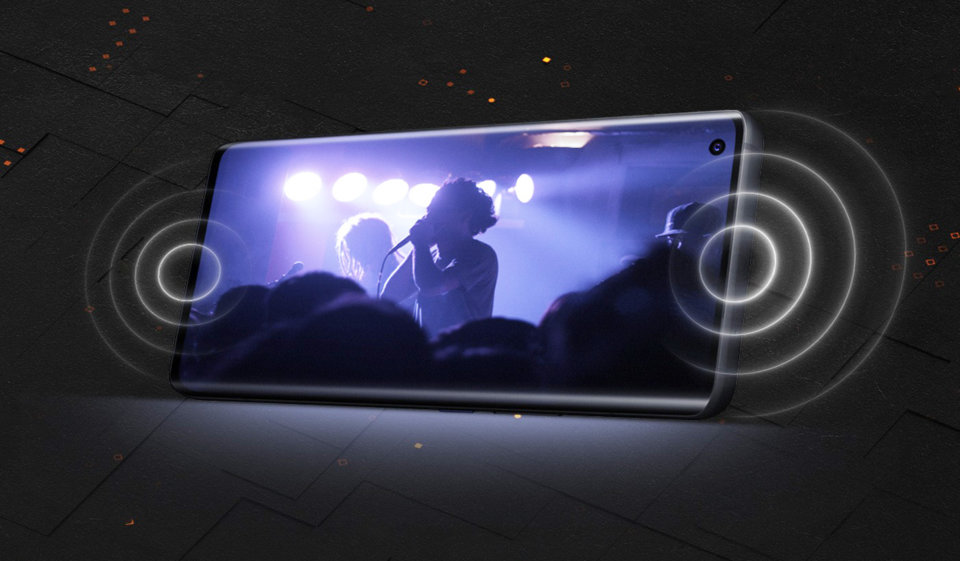 Besides the iQOO 5, we know that the company is also preparing an iQOO 5 Pro variant. Apparently, the device boasts similar specifications and we’re not sure about the exact differences between the two smartphones. The iQOO 5 will come with a triple-camera setup with a telephoto camera offering up to 5x optical zoom and 60x digital zoom. Yesterday, we got a glimpse of this camera’s prowess thanks to a set of leaked photo samples. The handset will also feature a set of optimizations for night photos.

Next Fortnite kicked off from Play Store, here's how you can still download it!