Chinese manufacturing giant, Huawei, is preparing to launch a smart glasses. According to @长安数码君, the Huawei Eyewear II will be official soon. This will be the second-generation smart glasses from Huawei. According to reports, the Huawei Eyewear II will have a more stylish appearance and more functions. It will also upgrade the smart assistant and reduces the weight by about 20 grams relative to the previous generation. 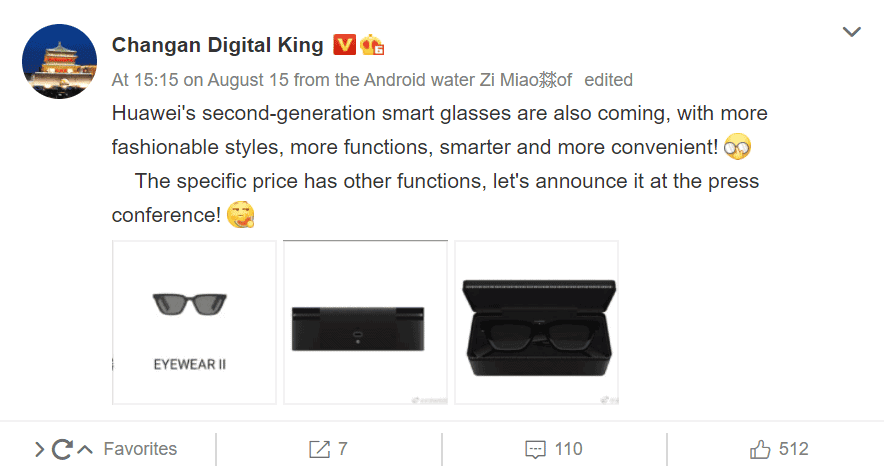 The Huawei Eyewear smart glasses are a creation by Huawei and South Korean company, Gentle Monster. Recall that the first generation arrived with the Huawei P30 series last year. The body has no interfaces and buttons, supports non-contact wireless charging technology through NFC, and supports IP67 waterproof. 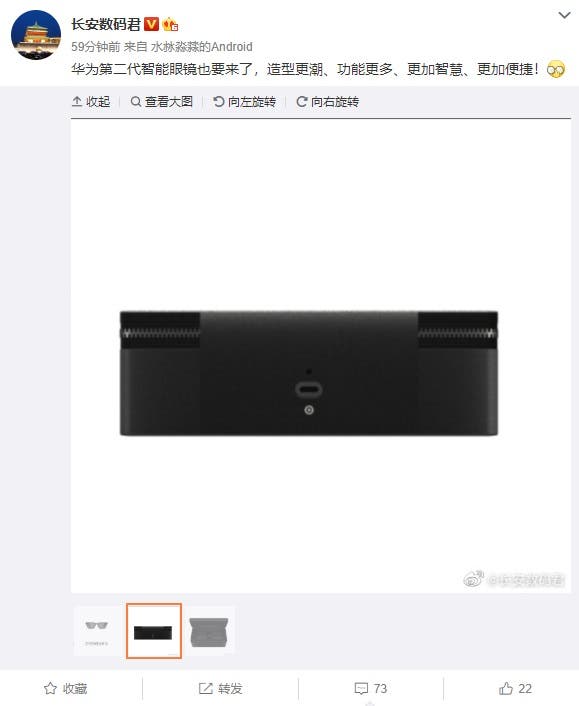 Away from the smart glasses itself, the glass case is quite different from its previous generation. According to the renders, the position of the indicator lights, function buttons, and Type-C charging port is different. In addition, Huawei further optimizes the space around the box. Furthermore, the shape of the pouch is different. Also, the USB Type-C port and LED indicators swaps position.