Huawei is currently working on its next generation of fitness band or tracker dubbed Huawei Watch Fit. This is not the first time we’re hearing about this new wearable. Last week, a massive leak revealed render images and specifications of the product. What’s interesting is the fact that it looks like a smartwatch but under the hood, it’s still your fitness tracker. Well, the amalgam of smartwatch and fitness tracker has now made its way to the Bluetooth SIG listing. 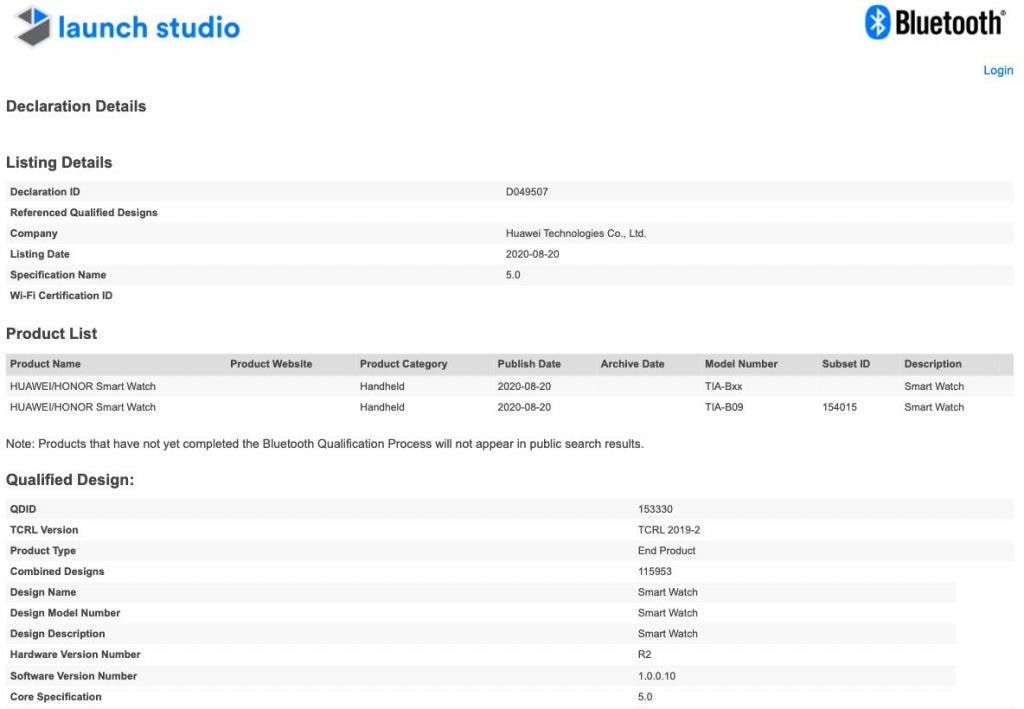 This development comes courtesy of a twitter user Venkatesh Babu.G (@smartvenkat95). The upcoming Huawei Watch Fit has appeared on the Bluetooth SIG listing with the model number TIA-B09. The Watch Fit features the “SmartWatch” as the product name. Sadly, the listing doesn’t reveal anything else about the product. It does indicate that the product is now inching closer to its official unveiling.

Speaking of launch, the previous report claims that the Watch Fit will launch in the month of September. If that’s the case, then we should see more information surfacing around in the coming weeks.

Here’s what we know about it so far! 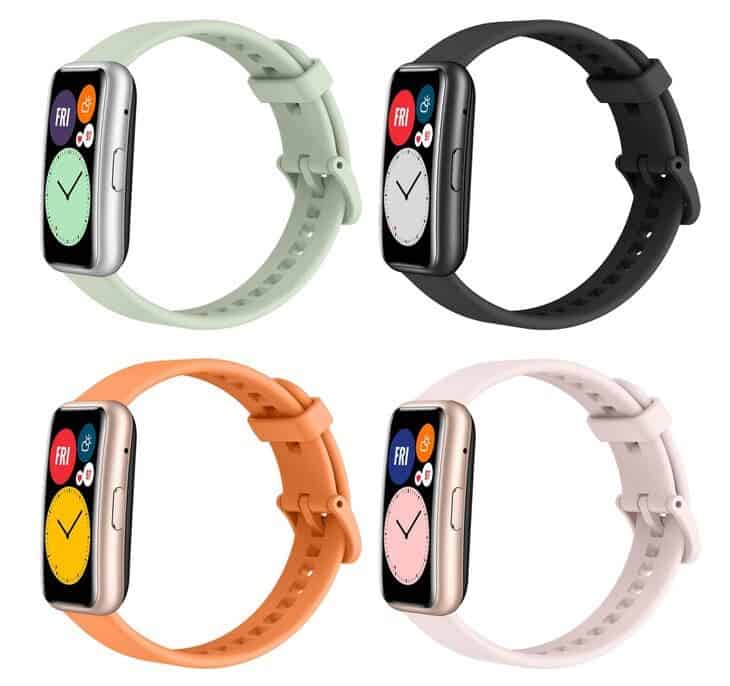 As mentioned earlier, the Chinese smartphone maker has gone with a standout design approach with its new product. Instead of the square or circular screen. we’re looking at a rectangular chassis with elements that seem to be borrowed from Apple Watch. The Watch Fit features a 1.64-inch AMOLED panel with a resolution of 456 x 280 pixels. It comes with all the standard sensors such as an accelerometer, a barometer, an ambient light sensor, GPS, and a heart-rate sensor. We’re also looking at a 5ATM water resistance.

Since it’s more focussed on fitness, as the name suggests, the wearable will be able to track walking, running, swimming and cycling. In terms of battery, it is tipped to last around 10 days on a single charge. We also know the box content of the product thanks to the previous leak. We’re looking at a charging station and a charging cable. The leaked render images showcase four different color options and we might see more, considering it’s from Huawei. The core of the wearable is going to be the HarmonyOS which is the company’s in-house software. Lastly, the “smartwatch” will arrive with a  €119 price tag in Europe.

Next Oppo A53 with Snapdragon 460 SoC goes official