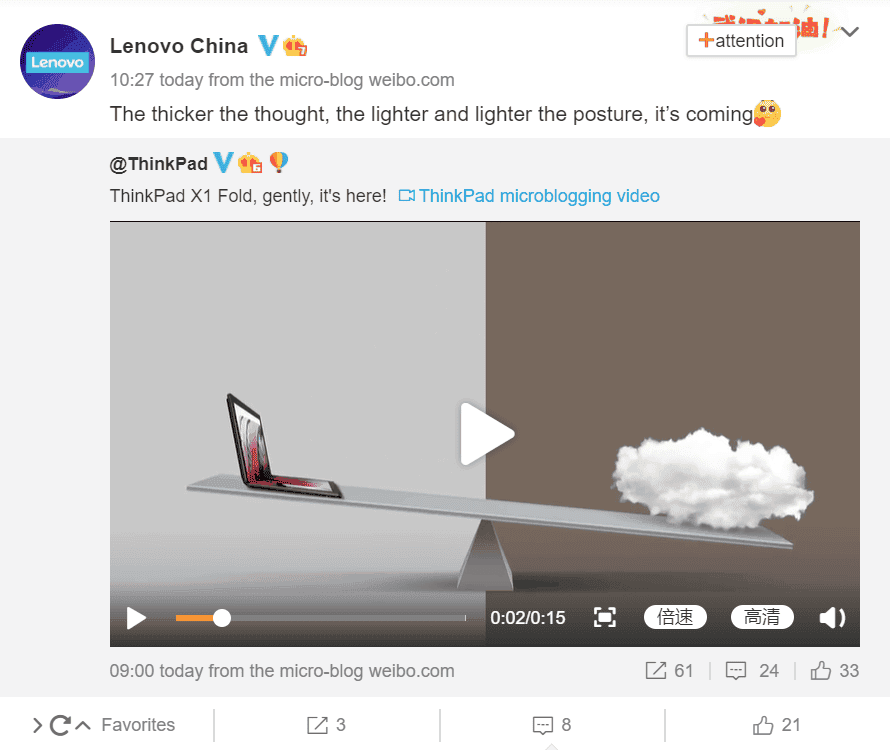 In the video, the Lenovo ThinkPad X1 Fold is placed on the left side of the balance. On the right side of the balance, they dropped cotton, feathers, leaves, and balloons from above. Finally, a weight weighing 1000 grams appears on the right, and then the ThinkPad X1 Fold quickly moves up. This shows that this device is way lighter than the 1kg weight. According to previous speculations, it is only 1gram lighter than 1kg. This means that this laptop weighs 999 grams. 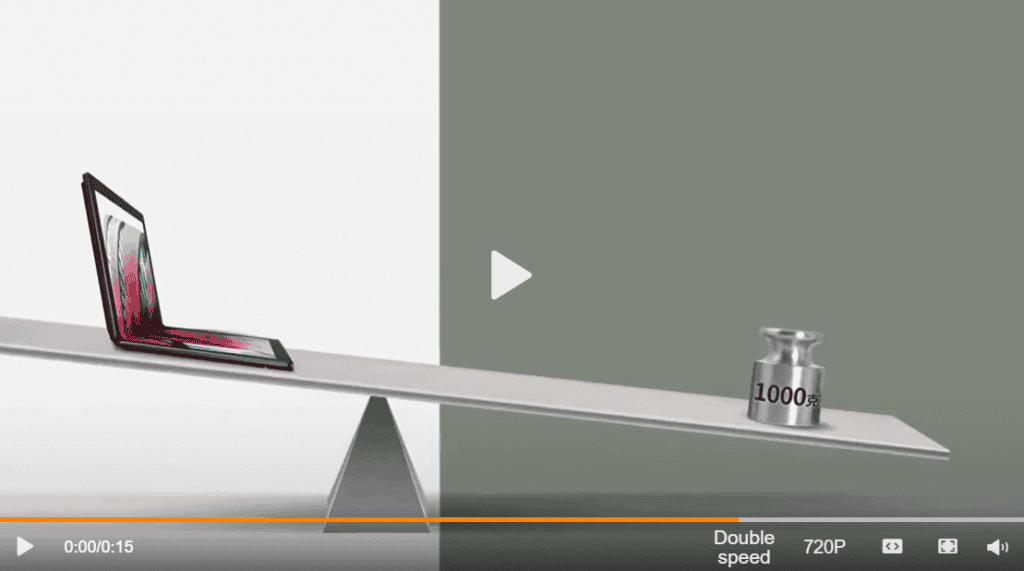 Unlike Samsung and Huawei that uses the foldable display concept for phones, Lenovo applies its solution for a laptop. The Lenovo ThinkPad X1 Fold was first unveiled at CES 2020. This device comes with a 13.3-inch LG OLED screen with a resolution of 2048 x 1536.

The ThinkPad X1 Fold is a foldable laptop whose outer layer is made of leather. Overall, this device looks like a book. If you fold this device into two, one of the displays can work as a virtual keyboard. You can directly cover a screen with a matching keyboard such that the device opens like a tablet.

In addition to the foldable screen, another big selling point of ThinkPad X1 Fold is the “always connected” feature. This feature activates very quickly when unfolded, just like a smartphone.

This video was reposted by many Lenovo executives including Lenovo Group Executive Vice President and President of China, Liu Jun, as well as Lenovo China Chief Marketing Officer, Wang Chuandong.

From the content of Wang Chuandong’s Weibo, it can be seen that the ThinkPad X1 Fold, the world’s first foldable PC, maybe officially released in September or October.

As of now, there is no information on the availability or price of this device. We will have to wait a few weeks to get that information.