Xiaomi’s POCO has pretty much revolutionized the world with the introduction of the Pocopone F1 in 2018 featuring that year’s flagship chipset – the Snapdragon 845. After an entire year of hiatus to focus on the Redmi expansion as a sub-brand, Xiaomi decided to revive the POCO brand as a separate company this year. However, POCO’s strategies in 2020 have been somewhat underwhelming.

So far, we’ve only got a bunch of rebranded smartphones from Redmi. The first smartphone released by Poco this year was the Poco X2 which is, in fact, a rebranded Redmi K30 4G. The company moved on with the release of the POCO F2 Pro, but once again, it’s a rebranded Redmi K30 Pro. The latest Poco M2 Pro is also very similar to the Redmi Note 9 Pro Max, hence, it’s hard to considerate it an original device. Now the company is expected to unveil an entry-level smartphone called POCO C3. It could be the Redmi 9C, but recent reports stated that the Redmi 9C may actually hit India as Redmi 9. The original Redmi 9 is available in the country as Redmi 9 Prime.

Recently, Angus, the Global Spokesperson of the brand even these the arrival of a high-refresh-rate smartphone. This particular handset may have been now spotted on FCC, BIS, and TUV Rheinland Japan. It may be the first original POCO smartphone to come this year. FCC listed a mysterious POCO smartphone with model number M2007J20CG and M2007J20CT.  Multiple tipsters and tech influencers are sharing documents on Twitter.

Last week, the very same handset received TKDN and EEC certifications. However, those did not reveal anything except for the fact that it is a POCO-branded 4G smartphone. Today’s certification findings not only reveal the battery and charging speed but also the rear design of the highly-anticipated device. According to the FCC leaked document, this is a 4G smartphone that runs MIUI 12 straight out of the box. It comes with a BN57 battery and MDY-12-EA 33W Xiaomi charger.

A massive battery and unique design

According to Mukul Sharma, the device also passed BIS and TUV Rheinland Japan certifications. Since TUV tests the safety of the battery it revealed the total capacity of 5,160mAh. 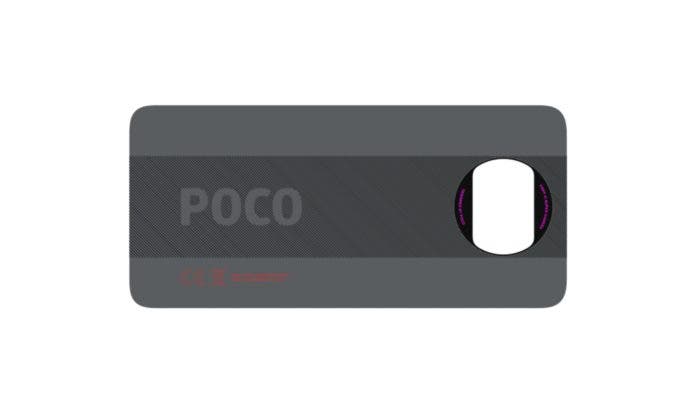 FCC also exposes the rear design of this smartphone. The sketch image reveals the device sports a 64MP camera setup arrangement. It boasts a rounded rectangle platform. Moreover, there’s a textured line that runs along the middle of the back panel with a huge POCO branding at the bottom.

According to deleted tweets from Abishek Yadav. This phone flaunts an AMOLED display with a 120Hz refresh rate. Unfortunately, the chipset powering it remains a mystery. Only with the chipset in mind, we’ll be able to know if this will be a mid-range device or a flagship killer.

Previous Plenty of IR contactless thermometers on sale from Aliexpress