The new Nubia Red Magic 5S will hit the US and Canada, all EU countries as well as the UK, Australia, Hong Kong, Indonesia, Israel, Japan, Kuwait, Macao, Saudi Arabia, Singapore and the United Arab Emirates. That’s a pretty good availability and means that several users across the world will be able to pick this excellent gaming power house.

One of the good things about this device is the Snapdragon 865 chipset presence alongside 16GB of LPDDR5 RAM and up to 256GB UFS 3.1 Storage. We were expecting the Snapdragon 865 Plus, however, this does not mean that the 865 is bad. It still is one of the most powerful chipsets in the world and can run any game on Google Play Store without issues. The Nubia can even boost its performance even more due to an advanced active cooling system that will reduce performance throttling. 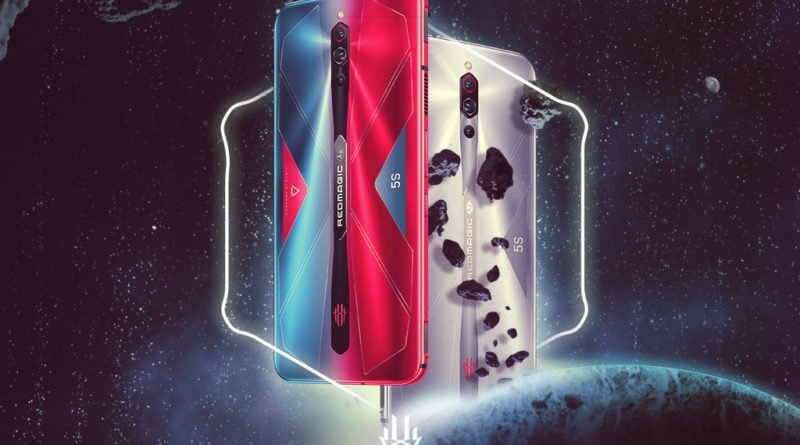 The phone also flaunts a 6.65-inch AMOLED display with small bezels on top and bottom. Just like its sibling, the phone’s panel has a whopping 144Hz refresh rate to keep the whole experience buttery smooth. Moreover, this display comes with a 240Hz touch sampling rate to ensure quick responses. Interestingly enough, the device also features capacitive touch triggers with support for whopping 320Hz touch rate. This will come in handy during competitive gaming sessions.

The Red Magic 5S packs a Triple Camera array featuring a 64MP Sony IMX686 primary sensor. Moreover, we have an 8MP Ultrawide lens, and a 2MP macro shooter. The phone draws power from a good 4,500mAh battery with support for 55W fast-charging. Last but not least, we have Android 10 running with Red Magic OS on top.

Previous Win ELEPHONE U5 in the official giveaway event