Yesterday, Huawei finally took the wraps off its Huawei Watch Fit featuring an interesting and rather unique design, useful features, and built-in GPS. Now, Honor has confirmed that it has a new smartwatch coming soon. For starters, the company is expected to unveil a new Honor Watch GS Pro on September 4 at IFA 2020. However, this will not be the only smartwatch coming from the sub-brand in September. Apparently, the company is planning to bring a product that will resemble the Watch Fit.

Honor’s President, George Zhao, asked on Weibo a few days ago if Honor fans prefer round dials or square dials. The top executive’s post actually quotes another post that was made by the official Honor Life Weibo account. The original post even includes a long image, part of which we can see via the image below. 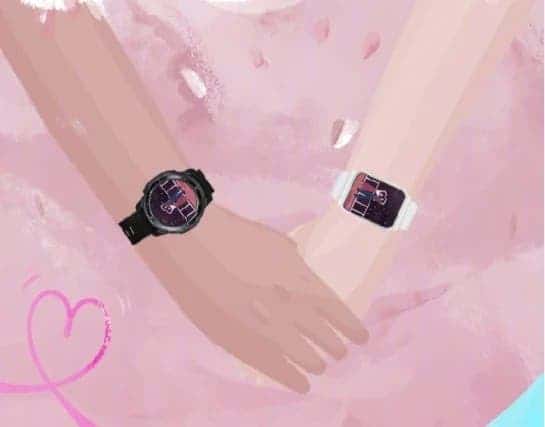 The image shows two hands holding each other. The most interesting detail is that one wrist carries a watch with a round dial. The other carries a wearable with a square-is rectangular dial. The latter also has a display similar to that of the recently revealed Huawei Watch Fit. Honor does not have a smartwatch with that design yet. The Weibo post actually could be a teaser for the very first smartwatch coming with this design language.

However, in the end, it could be just Honor’s vision of the recently released Huawei Watch Fit. This is not the first time Honor will launch a product similar to that announced by its parent company. Interestingly enough, Honor’s version traditionally costs less than Huawei products. So if you liked the Huawei Watch Fit, then it may be a good idea to wait for a possible Honor Watch Fit.

The Huawei Watch Fit was released yesterday with very competitive specifications. It packs a 1.64-inch Rectangular AMOLED display with 280 x 456 pixels of resolution and a nice 70% screen-to-body ratio. Moreover, there are customizable watch faces including Always-on-Display ones. The wearable also packs 12 animated exercises built-in and can track up to 11 different sports. There is even a custom workout mode. As aforementioned, the wearable also comes with a built-in GPS which effectively makes it less smartphone-dependant. It also packs heart rate sensor, sleep tracking, SpO2 detection, and menstrual cycle tracking. According to the Chinese Behemoth, it can hold up to 10 days on a single charge. This number can decrease to 7 days with intense usage. The company currently sells it for 399 AED (~$110).

Next Zepp launches Zepp E smartwatches in the US and UK