In the first half of 2020, Chinese we got an Ulefone  flagship rugged phone with thermal imaging camera – Ulefone Armor 9. And thanks to its solid hardware specs and unique features  it has been widely praised since its launch. But considering, that some users do not need thethermal imaging camera function, the makers made some little changes to the cameras and launched a slightly different flagship rugged phone – Armor 9E. So let’s have a look at its detailed configuration first.

The biggest change comes with the rear camera setup. The thermal imaging camera is replaced by a 8MP wide-angle camera, so you can discover the magical natural views from a broader perspective. The full list of rear sensors then consist of 64MP main camera, 8MP wide-angle camera and two 2MP sub-camera sensors. 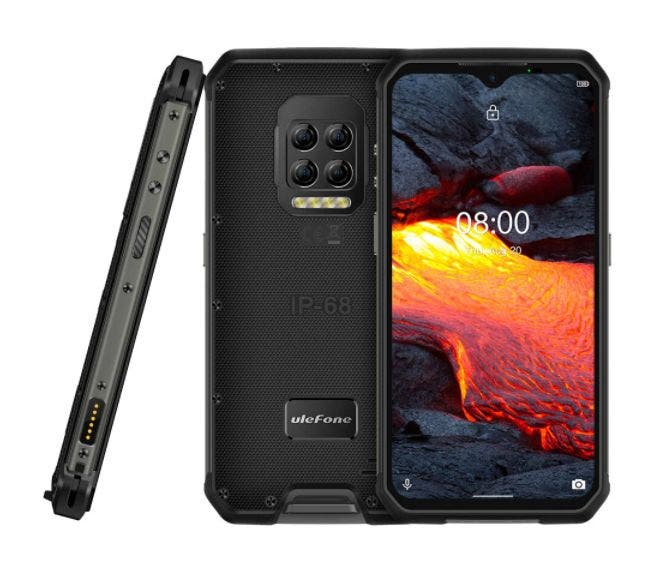 Rest of the specs is identical to the predecessor. So it features for example Helio P90 SoC with 8GB+128G, endoscope support, 6.3-inch FHD+ display, 6600 mAh battery with 18W fast charging, NFC & Google Pay, four navigation system and much more.

But the removal of thermal imaging camera also comes with a very positive price slash. Armor 9E is now available on Banggood for the discounted price of $329.99. The first 100 buyers will also get a free protective case. This special offer will expire on September 9th, so make sure to catch it in time.