According to the leak, the Pixel 4a 5G will be priced at 499 euros and will be available in colours including black and white. On the other hand, the leakster also revealed that Pixel 5 will be available in green and black colours while carrying a price tag of 629 euros. It is also speculated that the device could be priced at $649 in the U.S. While other information is still unknown.

According to Android Central, Google’s next “flagship” smartphone will pack a 6-inch OLED display with a 90Hz refresh rate. The display size is right between the Pixel 4’s 5.7-inch panel and  Pixel 4 XL’s 6.3-inch display. Unlike those two 2019 smartphones, the Pixel 5 is expected to come with an edge-to-edge display with minimal bezels. In fact, it will feature a punch-hole solution for the selfie snapper.

The Pixel 5 alleged 90Hz refresh rate display would be the same rate as on the Pixel 4. In Fact, rumours have it that Google is packing Samsung’s advanced variable refresh rate OLED display with an LTPO backplane. Until now, we don’t know if the resolution will be FHD like the smaller non-XL models in the past or if it will go QHD like the larger XL Models. 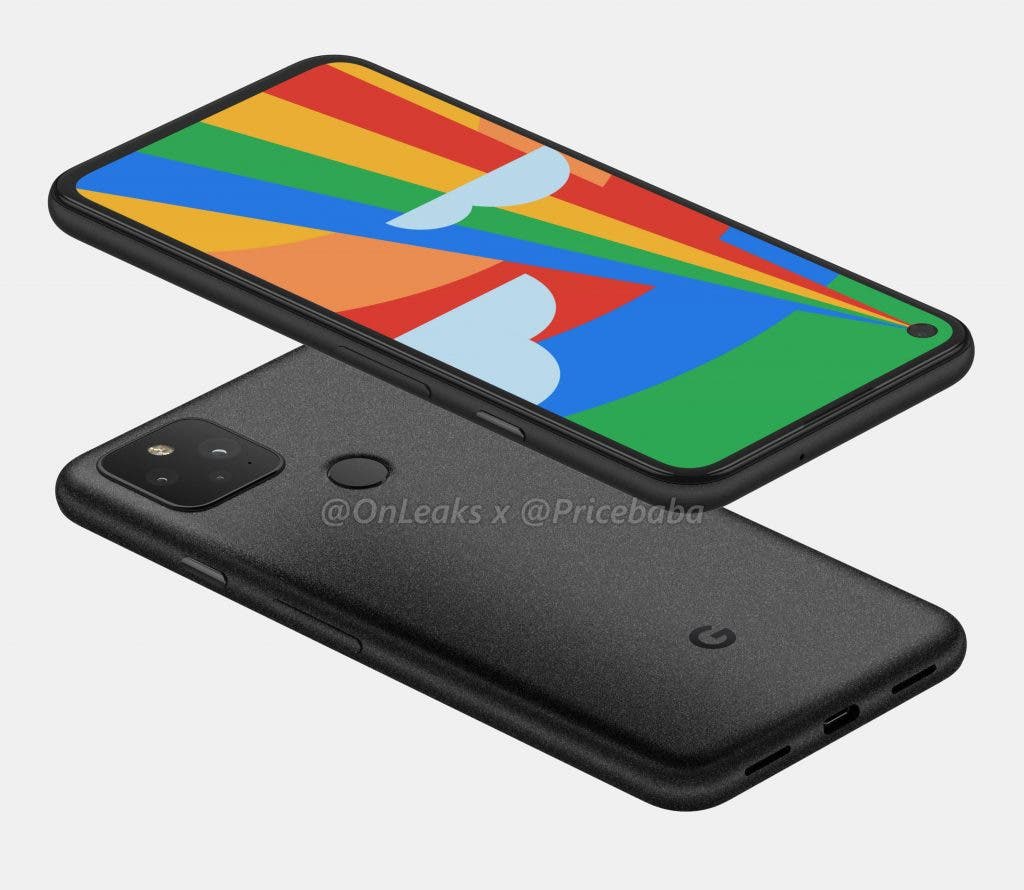 The new Google Pixel 5 is also coming with a Dual-Camera setup just like Pixel 4. However, instead of a secondary telephoto camera, Android Central believes the secondary unit is a wide-angle lens. The company experimented with a secondary wide-angle selfie on the Pixel 3 and Pixel 3 XL. However, this will be the first time that a wide-angle camera comes on the rear. Google’s holy grail of photography resides on its software, so we are curious to see the wonders bought by the new handset’s GCam.

Under the hood, the report states that the Pixel 5 will pack a Qualcomm Snapdragon 765G chipset. That’s the 2020 favourite choice for premium mid-range phones. Most of the devices with it are expensive, and we’re sure that will be the case of Pixel 5. The chipset is an Octa-Core CPU with a 1 + 1 + 6 configuration feature 1 Cortex-A76 CPU clocked at up to 2.4GHz, 1 ARM Cortex-A76 CPU core clocked at up to 2.2GHz and 6 ARM Cortex-A55 cores clocked at up to 1.8Ghz. The GPU is an overclocked version of Qualcomm’s Adreno 620. The chipset also has a Snapdragon X52 modem ensuring 5G connectivity. We just don’t know what are the bands coming with Pixel 5. Of course, it will be fully supported by all 5G networks operating in the US.

Next HUAWEI Watch GT 2 Pro Leaked Ahead of Official Launch