Motorola usually launches two versions of the new Moto G series smartphones, however, the company decided to skip the simultaneous release of the Moto G9 Plus last month. But fans of the brand do not need to worry, because there is an enlarged version of the Moto G9. The famous German edition of WinFuture told us about this.

WinFuture author Roland Quandt tweeted data from the Slovakian mobile operator Orange that gives us a complete picture of the Moto G9 Plus. As you might expect, the smartphone will be larger than the Moto G9. It measures 170.0 x 78.1 x 9.7 mm and weighs 223 grams. It’s 4.88mm taller, 2.4mm wider, 0.5mm thicker and 23g heavier than the standard G9.

The smartphone will be equipped with a 6.81-inch TFT display with a resolution of 2400×1080. The operator also indicated the size of the built-in storage – 128 GB, and the main sensor of the main camera at 64 Megapixels. In comparison, the regular G9 has a 6.5-inch HD+ TFT display, 64GB of storage, and a 48MP main sensor. 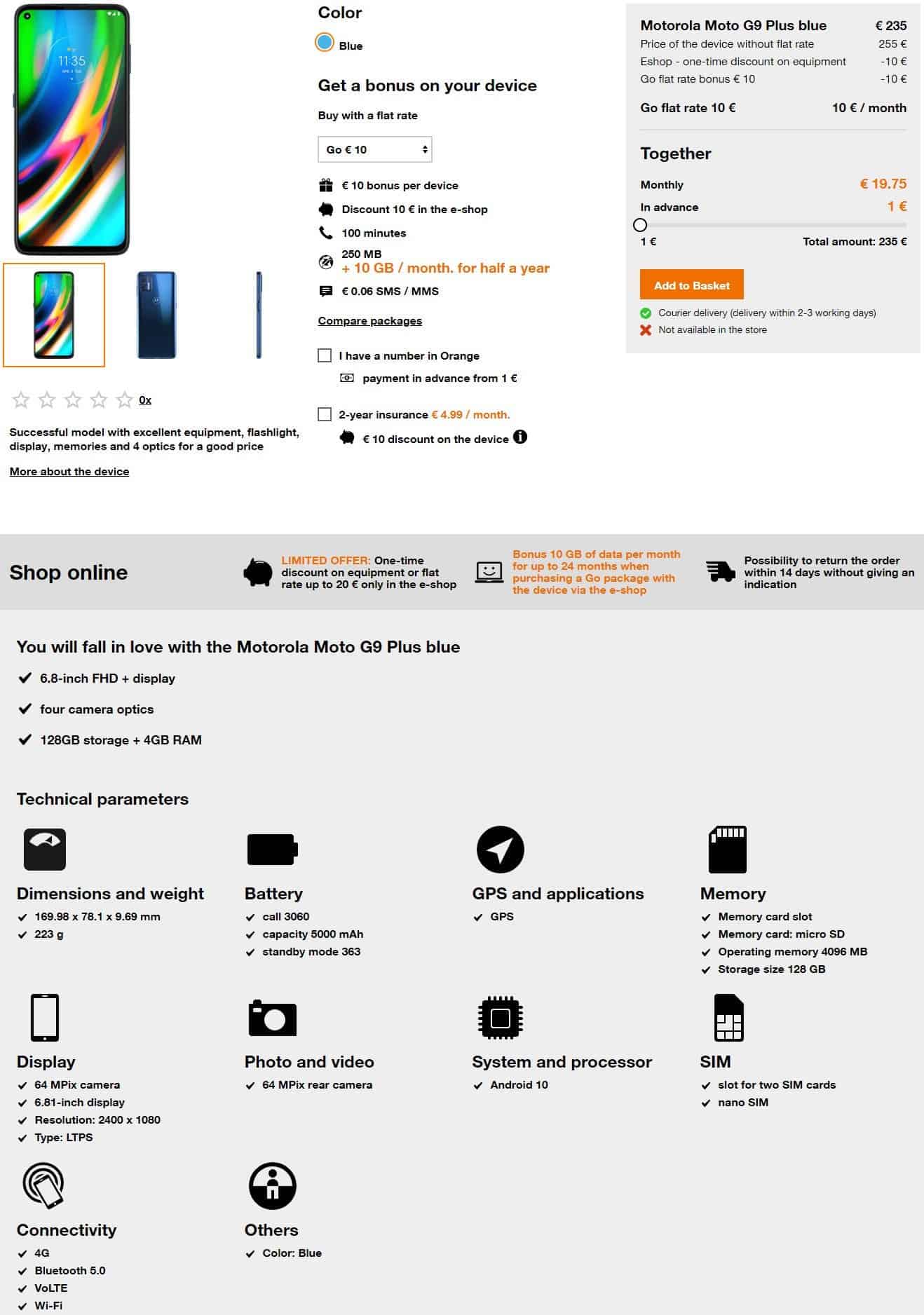 The G9 Plus has some of the specs of the regular G9, including 4GB of RAM and a 5,000mAh battery. Naturally, the G9 Plus also has a fingerprint sensor, but now it’s not on the back cover, but on the side.

In terms of colors, the G9 Plus will please with only one color – blue, but, according to rumors, a gold color should also be available. It is not known exactly when the smartphone will go on sale, but given such a large leak, it should happen soon. 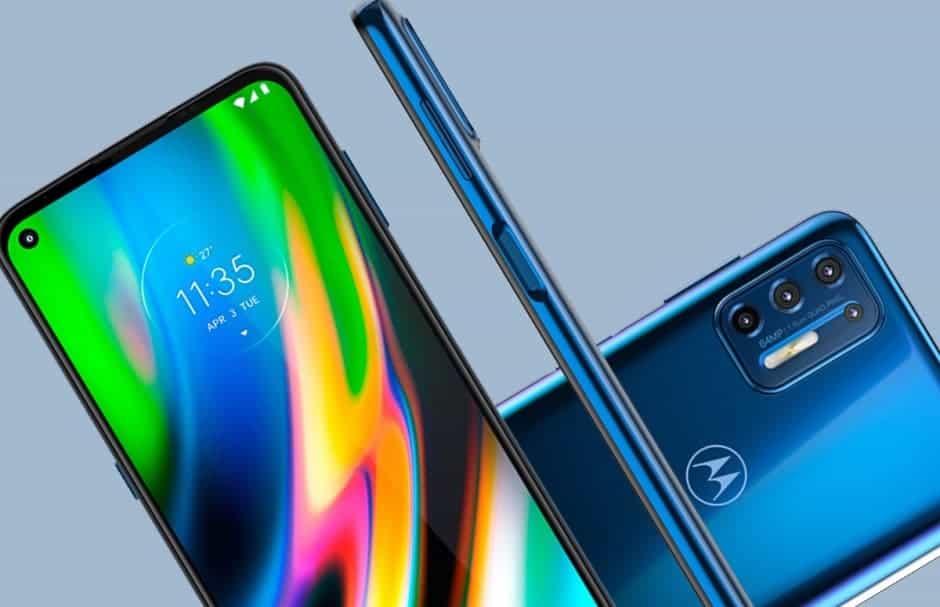 Here is a reminder of the full specifications of the Motorola Moto G9 smartphone.

The Moto G9 comes in Forest Green and Sapphire Blue colors, is priced at $157.