According to the Lazada listing, which states that Realme 7i will be debuting in two colours namely the Jade and Champagne. The handset would be packing in a punch-hole display and its gradient back. There is also the presence of a fingerprint scanner and a triple camera system housed inside a rectangle-shaped module. The Lazada listing also suggests that the Realme 7i is equipped with key features like a 64-megapixel quad AI camera, a big 5,000mAh battery, and a 90Hz Ultra Smooth display.

The specifications come from Gadgetfight.id and is not official. Hence, take it as a pinch of salt. Coming to the rumoured specifications, the Realme 7i sports a 6.5-inch IPS LCD panel with a resolution of 1600×720. Although it takes the DNA from the Realme 7 series hence it is a 90Hz panel. It would have been better if Realme opted for an FHD+ display rather than focusing on a higher refresh rate display. 720p smartphones in 2020 is a deal-breaker. 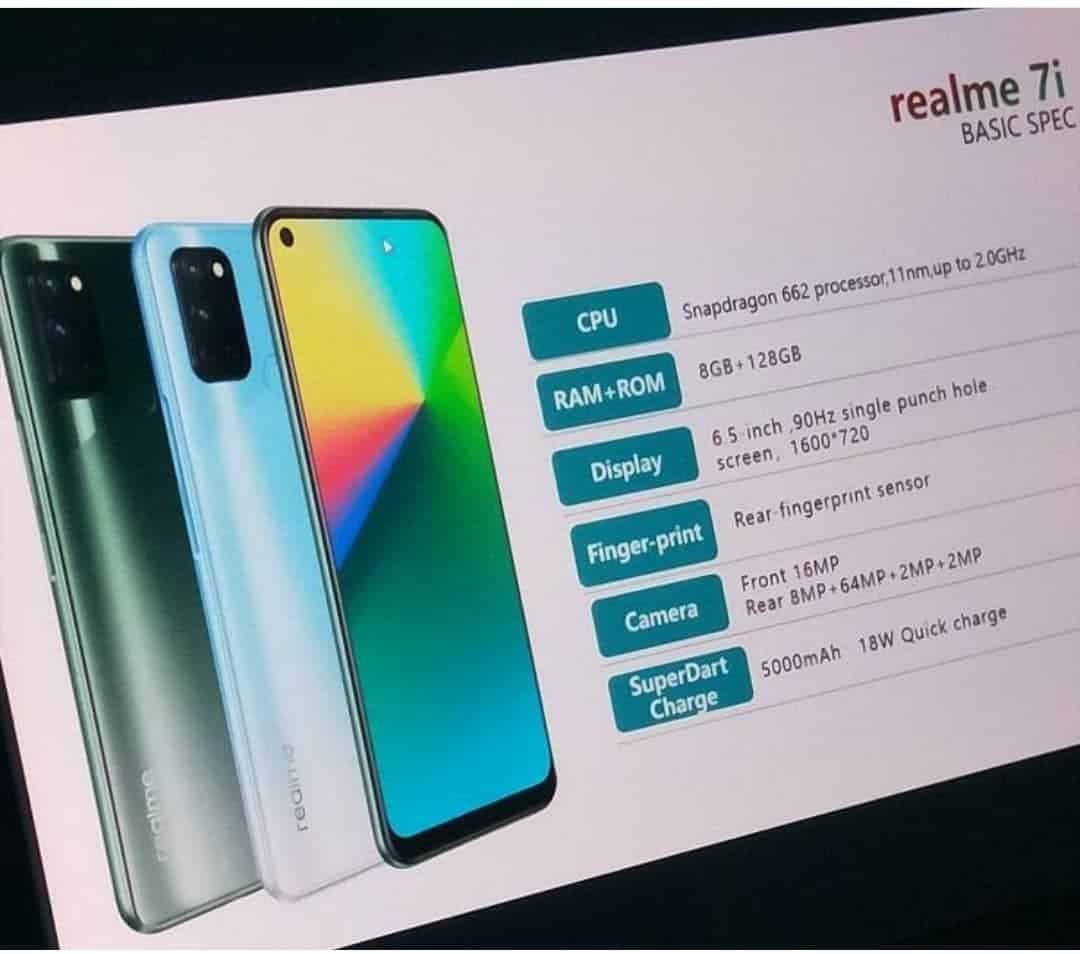 On the performance side, there is a Snapdragon 662 chipset. It is based on 12nm architecture. This processor was announced in January. Not a popular chipset at all as it offers mediocre performance. It will be enough for day to day tasks but don’t expect it to run games at high settings. The Realme 7i comes with 8GB RAM & 128GB of internal storage. There is a huge 5000mAH Battery that supports 18W Quick Charge.

With that being said, How many of you prefer a pill kind of a notch? Drop a comment down below and let us know