The development of 5G has been consistent since its commercialization early last year. Last year, we had a couple of 5G smartphones, all of which were flagship devices. However, this year, there have been a lot of mid-range 5G phones. Most of these devices sell for $200 and above. Now, it is interesting that we already have 5G devices with a price tag of less than $150. Today, Realme officially announced that the Realme V3 will make history tomorrow as the cheapest ever 5G smartphone. It will commence sales on September 9th and its starting price is 999 yuan ($146). 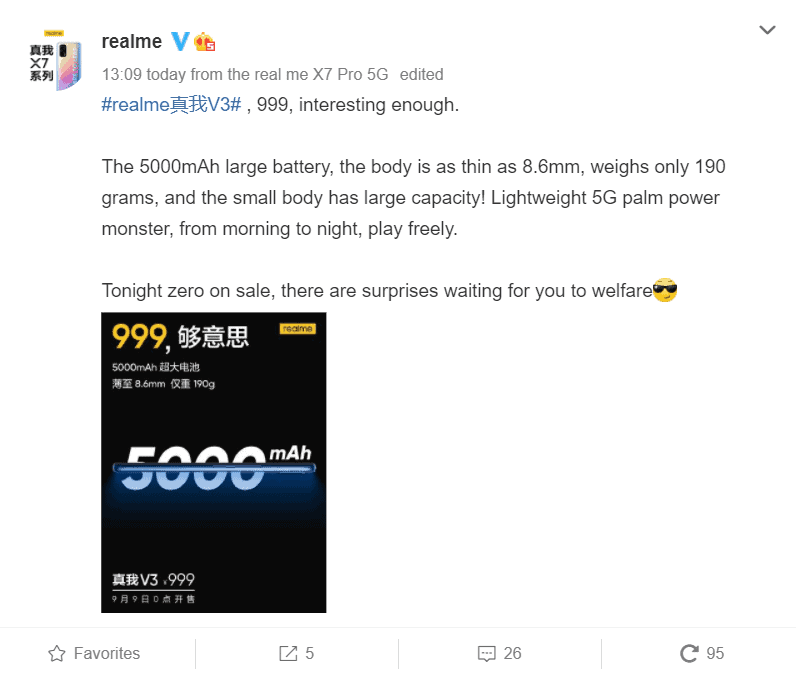 The Realme V3 comes with a 6.5-inch waterdrop screen with a resolution of 1600 × 720. Under the hood, this smartphone uses a MediaTek Dimensity 720 processor. In the camera department, it boasts of an 8MP selfie shooter. On the rear, it comes with a triple camera configuration. It has a 13MP main camera + 2MP macro + 2MP sensors. Furthermore, this smartphone comes with a 5000 mAh battery that supports 18W fast charge. 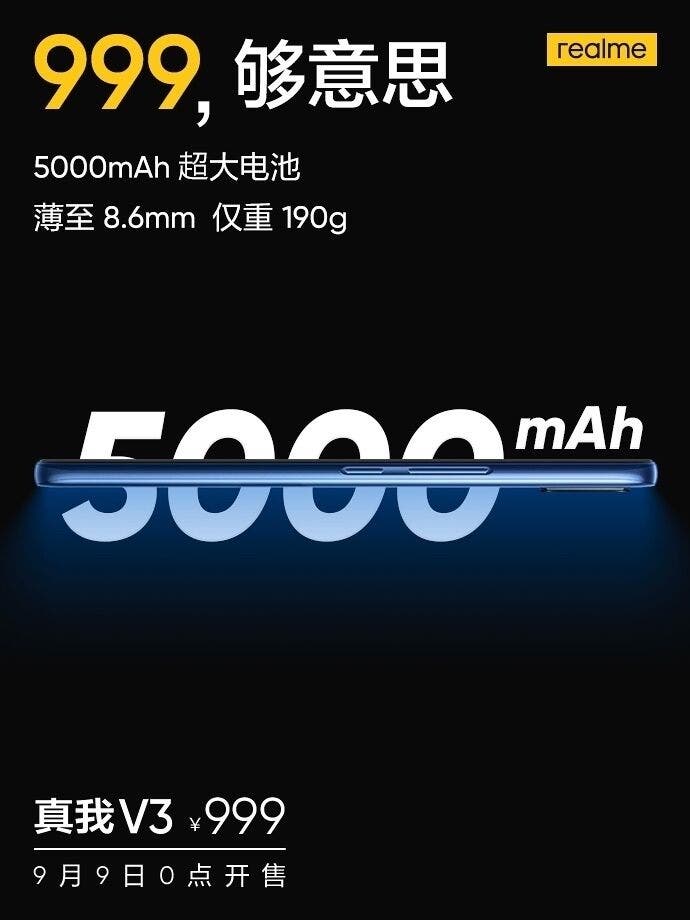 The official data shows that the Realme V3 5000 mAh large battery has a 24 hours standby time. If on a continuous call, its working time can reach 33 hours. When on continuous music, it can play thousands of songs at a go.

Xu Qi, vice president of Realme, said that Realme’s ability to launch the industry’s first 5G thousand yuan phone is inseparable from its ability to control the supply chain. Realme also believes that with the release of 1000 yuan 5G mobile phones, it will further accelerate the overall progress of the market for 5G mobile phones.

Previous The upcoming Nokia 3.4 smartphone has appeared on a press render