The world’s first smartphone with an under-screen camera has been announced a week ago. Today, the ZTE Axon 20 5G went on sale, starting at 2,198 yuan. As you can guess, it’s been completely sold out. The second round of sales will begin on September 17. On this date, the much-awaited streamer sea salt color version will also debut. 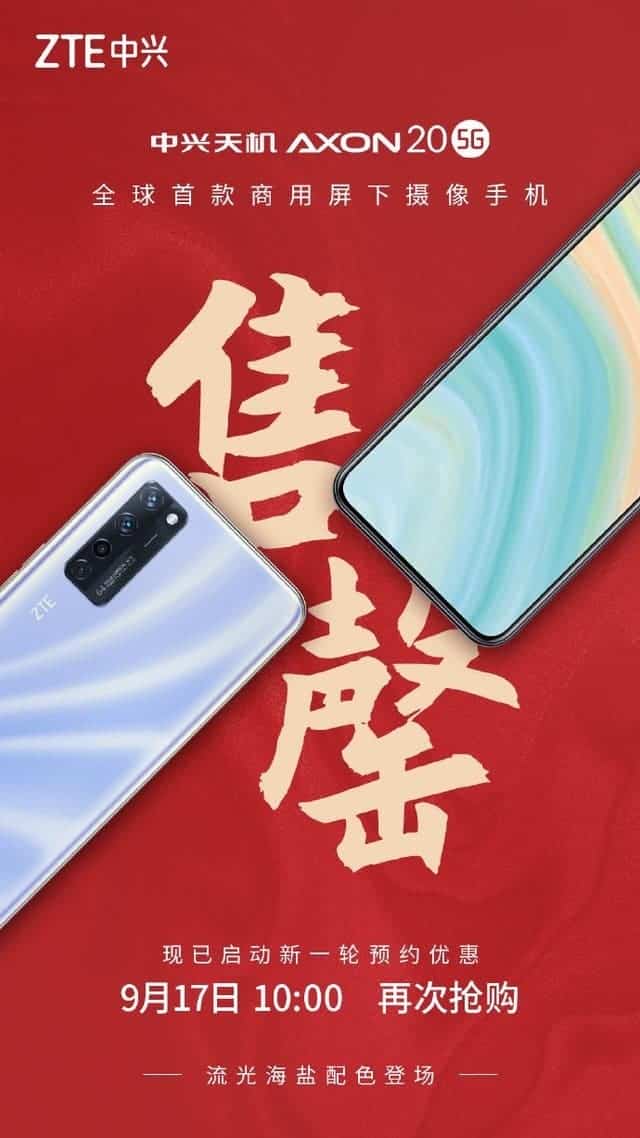 In terms of the brightest key features, the ZTE AXON 20 5G smartphone uses the Snapdragon 765G processor. Under the hood, it carries a 4220mAh battery, which supports 30W fast charging.

The front-facing camera is placed under the screen. It has a 32MP resolution. But our protagonist has no openings on the front. So it also realizes the functions of screen sound, under-screen light perception, under-screen fingerprints, etc. The screen size is 6.92 inches. By the way, the screen comes from Visionox. It has an FHD+ resolution, a 90Hz refresh rate, a 240Hz touch reporting rate, a 100% DCI-P3 color gamut, and a 10bit color depth.

Unfortunately, the under-screen camera doesn’t provide an ideal shooting performance. Under the direct light, the rectangular outline of the camera under the screen is faintly visible. And when you use the front camera to take a selfie with backlight, you will see a significant decrease in image quality. But we should point out that this is the first smartphone with such a camera/technology that has gone on mass production. Other companies will release their models not earlier than the first half of 2021.

In addition, the ZTE Axon A20 comes with up to 12 antennas. This is 3-4 more antennas than those of other suppliers and adopts a 360-degree surround integrated design.