While some experts consider the idea of ​​miniature pixels and Quad Bayer technology a useless and dead-end development of camera sensors. But, Samsung firmly believes in them and continues to create similar solutions. So, today it presented four new sensors that will be included in a new series of modules. One feature made it possible to combine them into one line – the pixel size was only 0.7 microns. 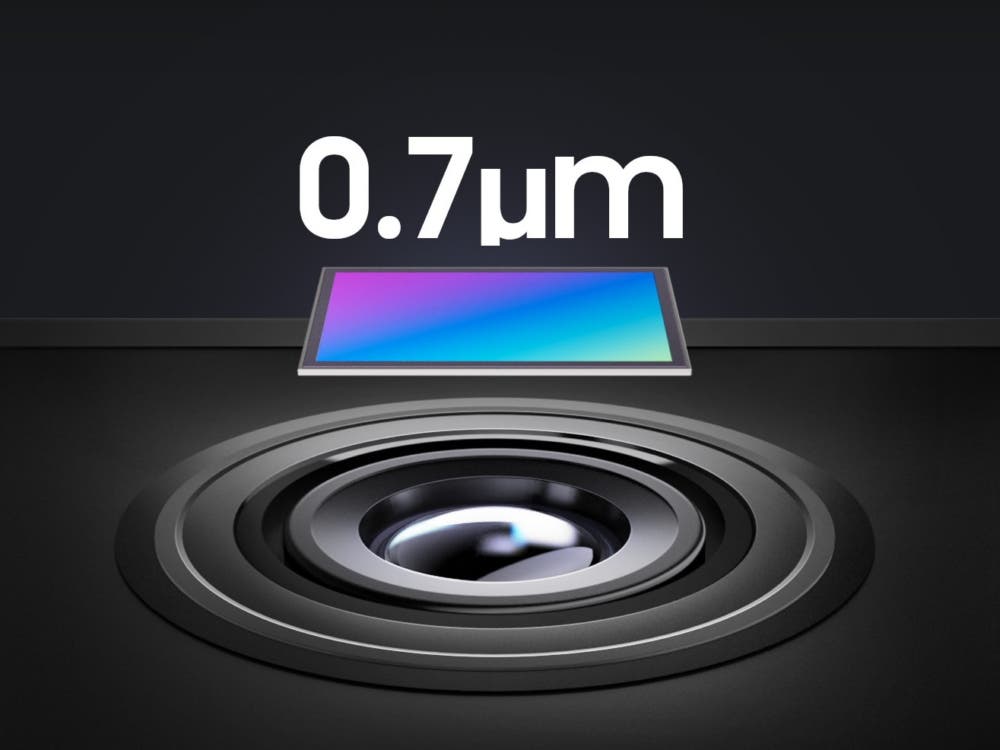 The company says it continues to bring innovations such as ISOCELL Plus and Smart ISO to the masses, which operate on the principle of “more pixels in a smaller sensor”. Until recently, it was customary to use 0.8-micron pixels. But Samsung considered that this was not enough and reduced their size to 0.7 microns. It claims that even 0.1 microns can significantly affect the overall sensor size as well as the height of the camera module. As a result, the company’s latest sensors, where the pixel size is 0.7 microns, are 15% smaller and 10% thinner than sensors with 0.8 microns pixels.

Enhanced ISOCELL Plus and Smart-ISO technologies were in use to ensure that the new sensors can capture enough light. They also used the ISOCELL 2.0 technology, which increases light sensitivity by 12% compared to the previous development.

Samsung introduced 4 sensors with a pixel size of 0.7 microns 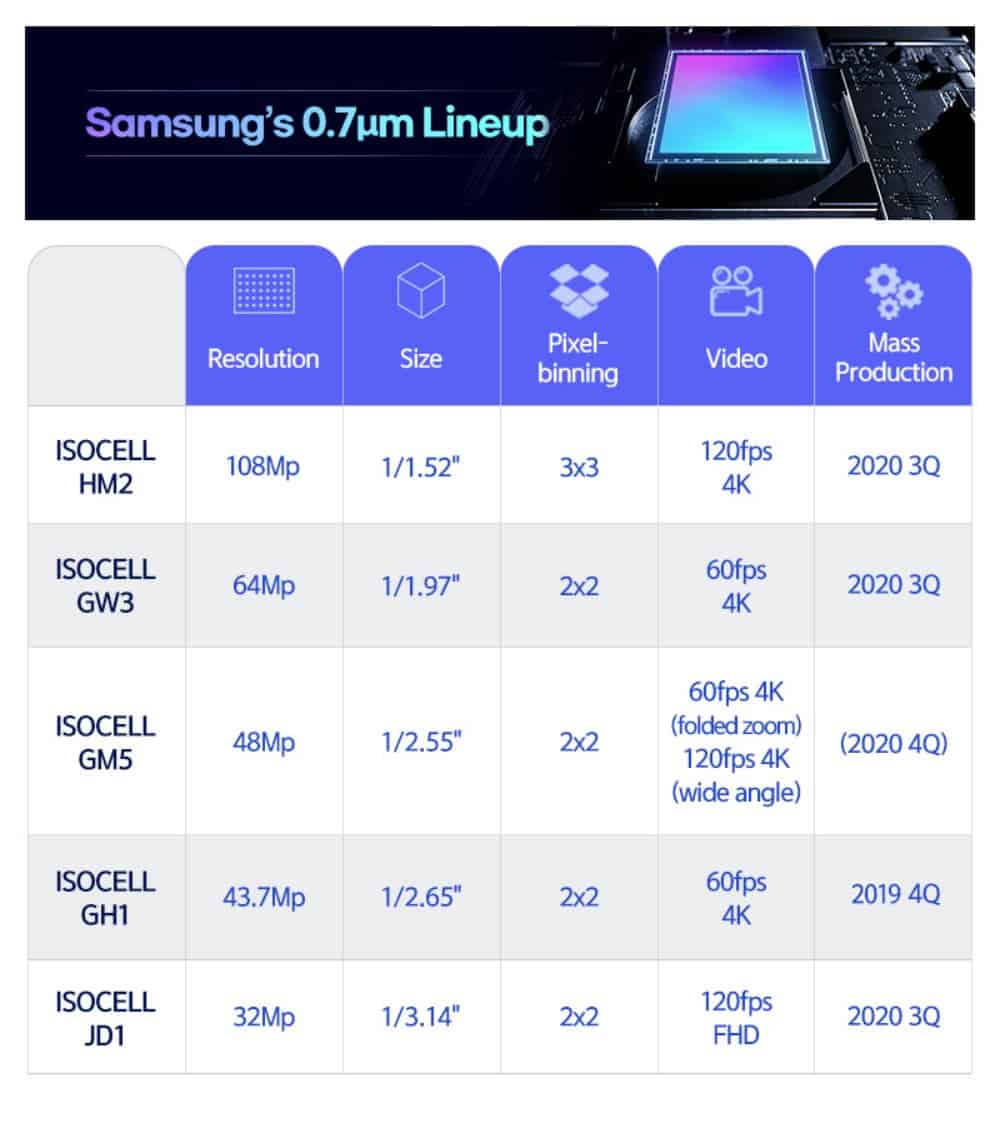 The 108MP ISOCELL HM2 module uses the Quad Bayer system, which the company’s marketers call Nona-Binning, and is responsible for combining 9 adjacent pixels into one large one. Another feature of the module is 3x zoom without loss of quality.

The ISOCELL GW3 sensor offers 64MP resolution and will find its way into high-end devices. Thanks to the use of smaller pixels, the new sensor is almost identical in size to Samsung’s 48MP 0.8μm module. It uses Tetracell and Smart-ISO technologies to ensure color accuracy and image brightness. There is support for 4K video recording at 60fps.

The 48-megapixel module ISOCELL GM5 is a universal solution. It should form the basis of wide-angle and telescopic lenses. There is support for HDR, video recording in FullHD format at 480 fps. Thanks to Tetracell technology, when there is insufficient light, neighboring pixels are combined into a 2×2 array.

The ISOCELL JD1 sensor is the industry’s smallest 32MP 1 / 3.14-inch image sensor. Due to its diminutive size, it should be ideal for selfie cameras and can even be sent under the display.

The mass production of ISOCELL HM2, GW3 and JD1 sensors has already started. And ISOCELL GM5 is still in the testing phase.

Next Shorts: YouTube is officially launching its TikTok rival