Vivo is gearing up to unveil a duo of new smartphones in the global market, namely Vivo V20 and Vivo V20 SE. These devices have been circulating through the rumor mill during the past few days. Yesterday, a couple of renders appeared revealing the handset’s design. Now, the full specs sheet of the Vivo V20 SE has surfaced leaving just a little to the imagination. The leak comes as a courtesy of the popular leakster Sudhanshu Ambhore and he also includes his own set of renders of the handset.

The Vivo V20 SE as previously speculated will be a mid-range smartphone packing the Qualcomm Snapdragon 665. We know that this isn’t the most capable mid-range chipset out there, but it still can deliver acceptable performance. It can even run some graphic-intensive games on moderate settings. The most exciting part is that this chipset is paired with 8GB of RAM and 128GB of Internal Storage. It’s not every day we see a device landing in this segment with 8GB of RAM.

The specifications are built around a 6.44-inch AMOLED display with FHD+ resolution and a waterdrop notch up to the top. The display is covered with a Gorilla Glass 3 coating for scratch resistance. The waterdrop notch serves as a house for a generous 32MP snapper with f/2.0 aperture.

Moving around to the back, we have a Triple-Camera array sitting on a squarish island. It comprises a 48MP f/1.8 primary snapper, an 8MP f/2.2 ultrawide angle module, and a 2MP f/2.4 camera for depth of field reading. According to the leakster, this setup can record videos with 4K resolution at 30 frames-per-second.

The Vivo V20 SE will draw power from a 4,100mAh battery. The exciting bit is that it comes with Vivo’s 33W FlashCharge technology. It can deliver a full charge in just a couple of minutes. We don’t need to tell you that this phone comes with a USB Type-C port. Software-side, we have Android 10 OS with FunTouch OS 11 running on top. Other details include in-display fingerprint scanner and microSD card support for further storage expansion. Moreover, the phone weighs just 171g which is very good considering the size of the battery. 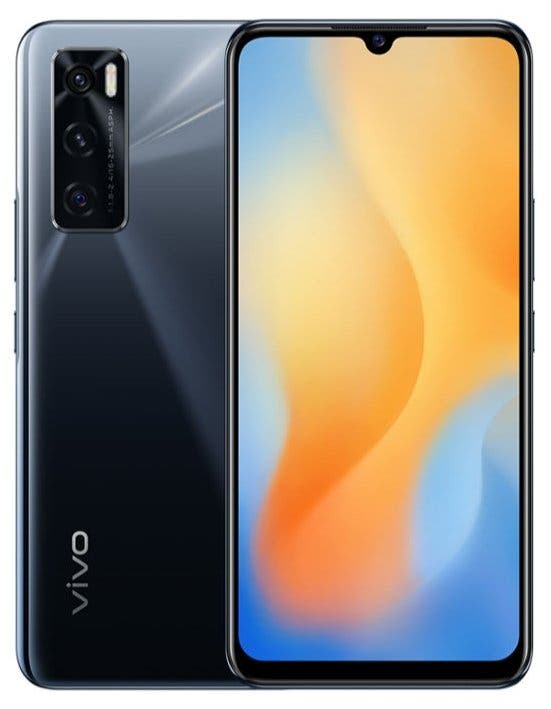 Vivo will sell it on two distinct colorways – Pale Blue and Black. The device will go official on September 24.

Previous Whatsapp is about to launch the multiple device support

Next TikTok and Oracle's deal approved by the U.S. in principle