At present, Microsoft’s two next-generation consoles, Xbox Series X/S, have been on pre-order in some markets. According to reports from these markets, Microsoft’s latest gaming consoles are selling like “hotcakes”. Reports from most regions suggest that the pre-order was only active for a few minutes before selling out. There will be more stocks for pre-orders but they will likely sell out swiftly too. 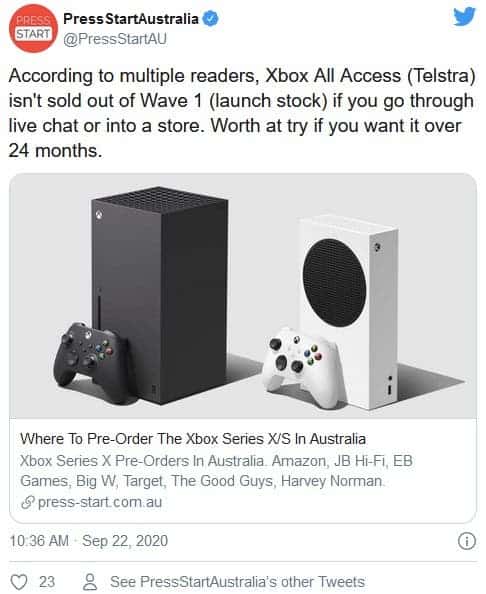 Australia and New Zealand were the first two countries to open pre-orders. After opening the order page at 8 o’clock local time, the huge traffic made the website to malfunction. Within a few minutes, most of the retailers’ inventory was sold out.

A similar situation also occurred in India. Some Indians reported that the order page showed the sold-out status soon after it went online. The UK market is slightly better. According to netizens’ feedback, although a large number of gamers are rushing to buy, only the lower-priced Xbox Series S is available for purchase. 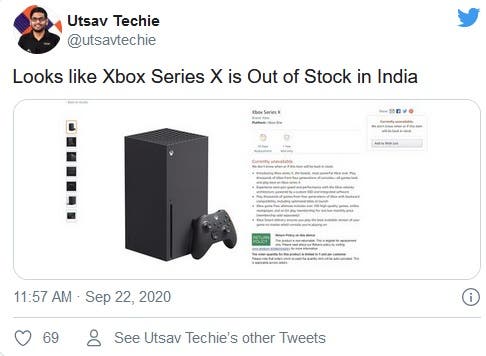 For now, Amazon is the main platform for players to snap up purchases. For obvious reasons, its stock sells out faster than other retailers. However, in terms of stocking volume, Microsoft’s official website has more inventory. Unfortunately, it can not withstand the demand of a large number of buyers. Thus, it is selling its inventory in batches. At present, Microsoft is still preparing to open pre-orders for the two products in more countries and regions.

Both the Xbox Series X and S will hit the market simultaneously. There are reports that these consoles will commence outright sales on November 10th. This is probably around the same period that the pre-orders will ship out.

In terms of performance, the Series S is expected to reach 4TF performance. Although this number is lower than the Xbox One X, thanks to the RDNA architecture, the actual game performance is above the X1X. However, the Xbox Series X will reach 12TF. The Series S will probably become the cheapest next-generation Xbox, an entry-level host. It will come with a greatly improved NVME SSD storage speed while keeping the price favorable. According to speculations, “Lockhart” uses Zen + Navi architecture. Furthermore, some reports believe that the 4GHz Ryzen APU may appear on the Series S. It uses 16GB of RAM, 12GB of which is allocated to the graphics card, and 4GB to the OS layer.