We can take 2019 as the year that kicked a new trend of foldable smartphones. Until now, devices in this segment are still niche handsets due to their elevated price tags, but this will change in the future. Samsung and Huawei were the first players in this segment, with Galaxy Fold and Huawei Mate X, respectively. Both devices were announced at Mobile World Congress 2019 but only reached the market several months later. Samsung already unveiled a ton of foldable smartphones after the original Fold and pretty much has the segment under its belt? The reason? The only company that could compete with them in 2019, had a ban to deal with.

The US government has pretty much buried Huawei’s intentions of releasing a new Huawei Mate X. In fact, the company now even has problems to reveal smartphones due to the lack of “authorized” suppliers. Despite this, it seems that the company still works on the Huawei Mate X2, even if it’s just a concept. A new alleged Huawei Mate X2 was spotted through a patent filing with CNIPA (China National Intellectual Property Office) the handset is described as “Mate foldable phone with zoom camera”. 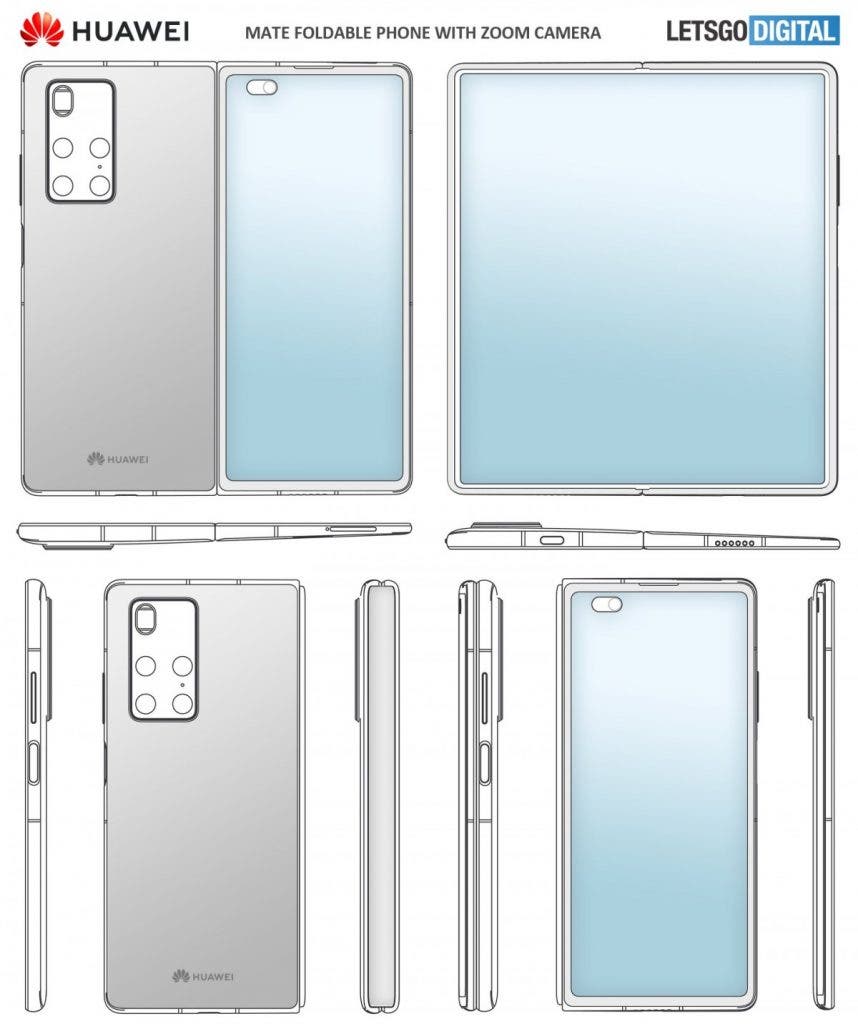 Interestingly enough, the images show a refined smartphone with inward folding design and punch-hole display. On the rear, we have a Penta-Camera setup and the overall design makes it look like a traditional flagship. We believe that this phone also has a periscope camera for its “Super-Zoom” capabilities. The external display also seems to be quite bezel-less. I would like to see a device with this design and it could easily provide a full smartphone and tablet experience.

The handset flaunts an 8.03-inch display and the external panel has just 4.5-inch. Interestingly enough, the device seems to be similar to that of the Galaxy Z Fold 2.

Huawei Mate X2 design is promising, but not more than a concept right now

According to the popular leakster DigitalChatStation, the new smartphone has a Teton codename and TET-AN00 model number. We can conclude that Huawei is working internally on this device. However, at this point, it’s impossible to point out when it will reach the markets. Moreover, while the patent looks promising, it’s just a patent. “Real-life” devices to be quite different from their “concepts”.

For this year, Samsung will pretty much keep its domain in the market.