MINISFORUM, the leading innovator of mini PC products, has just released their newest product: the MINISFORUM X35G. Very soon it will be launched through the crowdfunding campaign on Indiegogo and you can already sign up for a Super Early Bird discount. So don’t forget to check out their warm-up campaign page.

he X35G is the first of its kind, offering 16GB of large onboard capacity and built-in Optane memory which substantially increases boot speed, software loading, file loading, and much more. The design of the X35G is low profile and offers a striking but sleek visual appearance, making it perfect for offices, living rooms, home theaters, small businesses, and a variety of other environments. The mini PC is designed with a metal frame and a minimalistic MINISFORUM logo on the top, giving it a premium and professional feel that compliments the powerful internal structure. 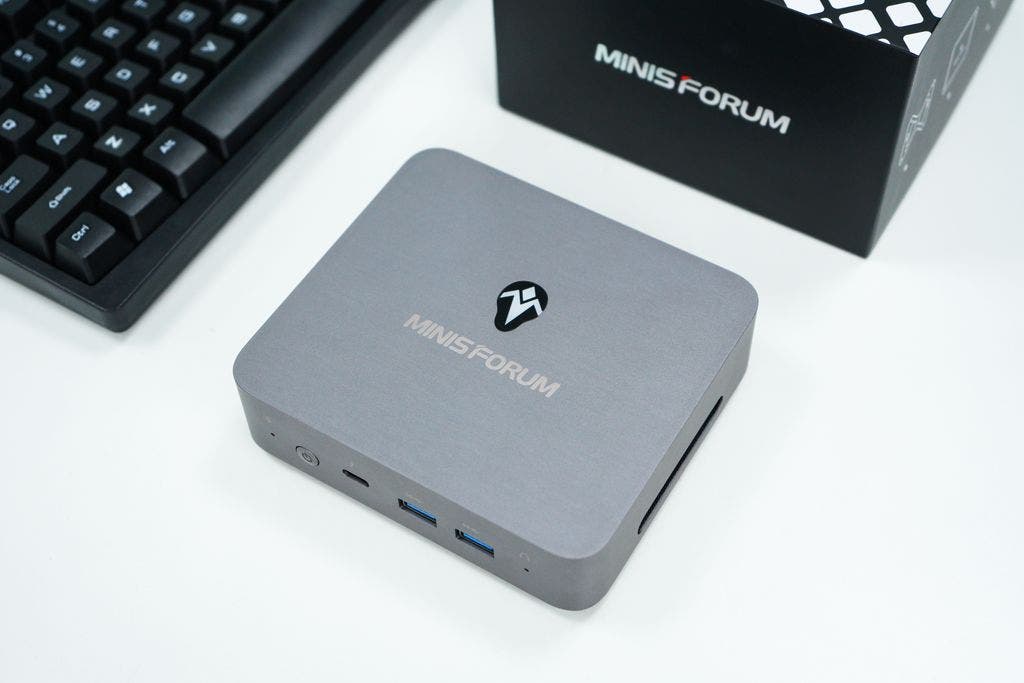 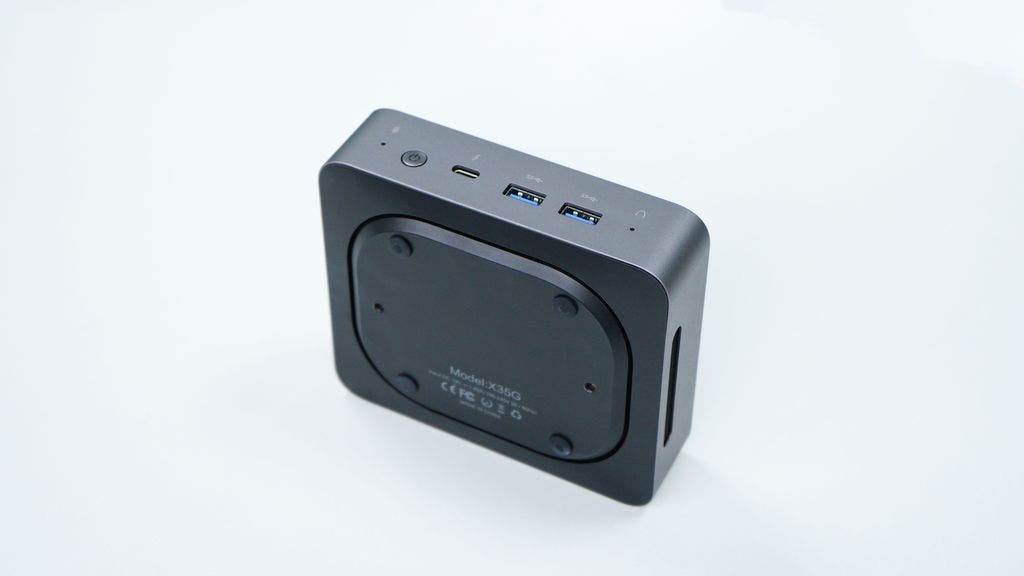 Other major features separating the X35G from other mini PC’s is the Intel UHD integrated graphics, which has 32 processing cores, support for faster system memory and higher frequency speed, and the i3 Intel deep learning acceleration technology, which can realize faster artificial intelligence-based calculations. The rear of the X35G has multiple input and output ports for different types of peripherals and includes a USB-C (Thunderbolt 5k/60hz), HDMI 2.0(4K@60Hz), and DisplayPort (4K@60Hz) on the front. 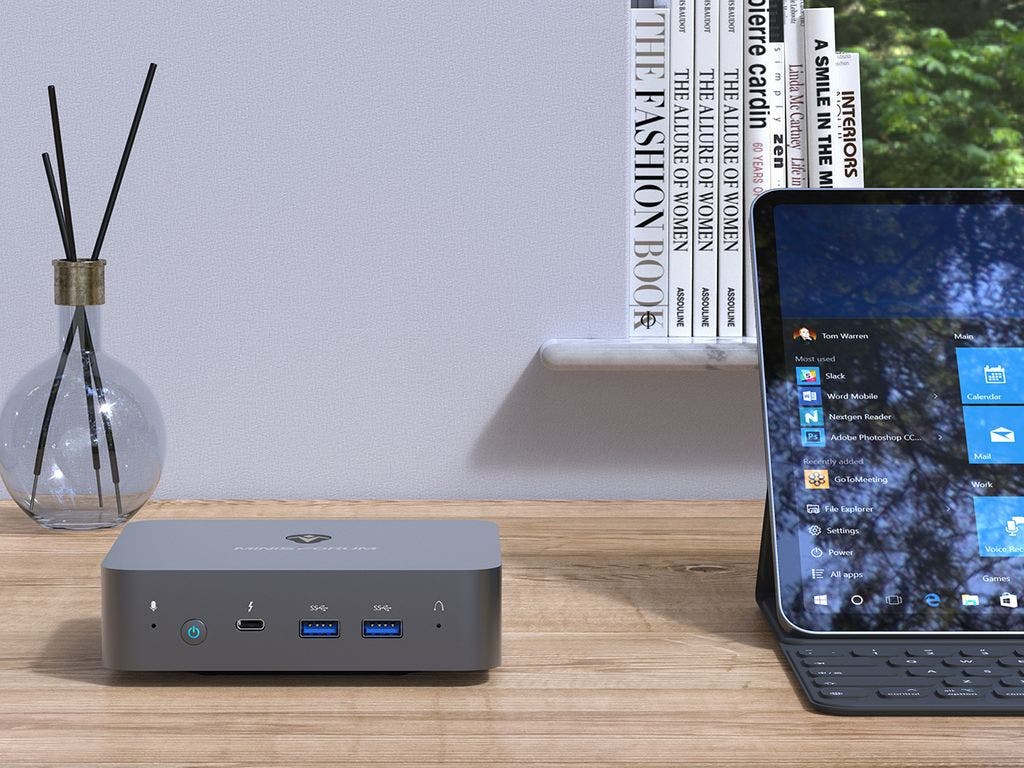 With such a powerful and efficient mini PC you would think that heating problems could be of concern, but with the X35G it is not. The X35G has a superb cooling system that is designed to handle 25W TDP CUP and has a heat sink with a centrifugal fan that effectively dissipates heat out of the casing. The motherboard features an intelligent temperature control system to ensure heat dissipation performance under normal working conditions while being extremely silent. When the CPU load increases to 100%, it will automatically increase the fan speed to quickly discharge the heat providing improved product performance and stability. 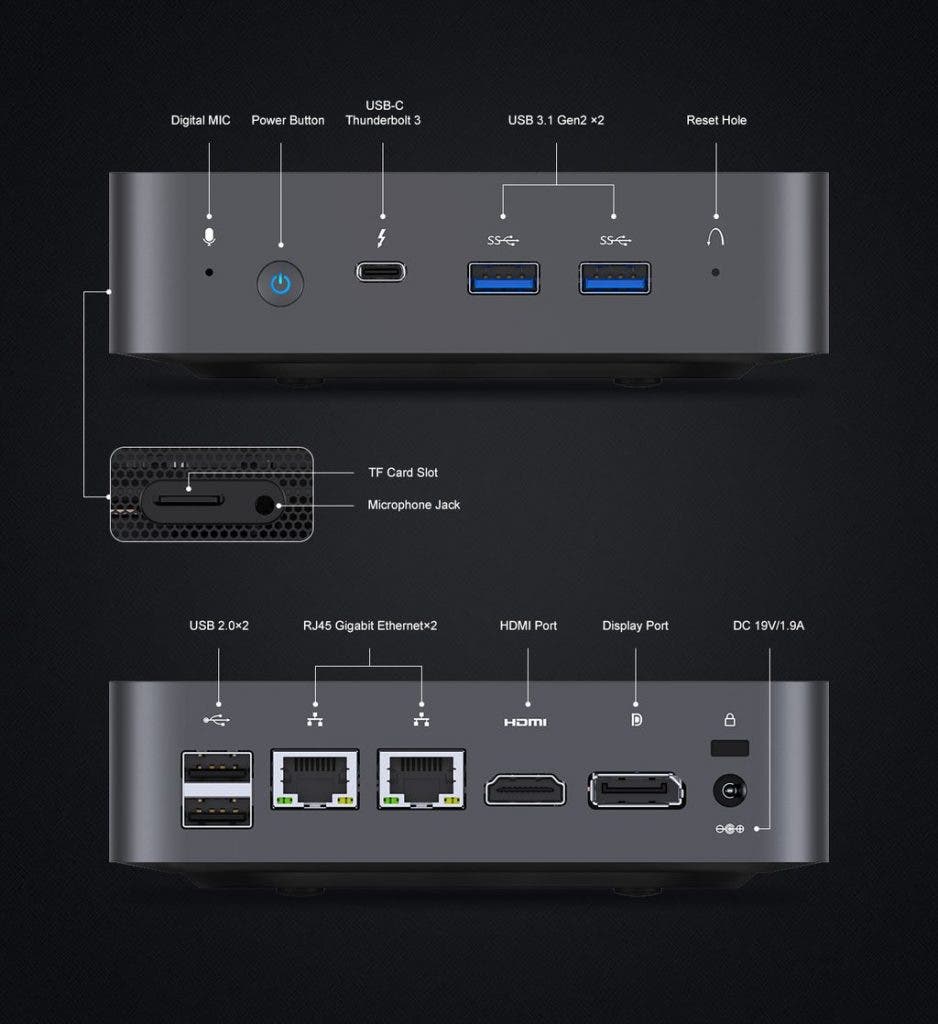 The MINISFORUM X35G offers an array of features that creates a powerful computer system while also being the company and efficient. With its modern design, use of premium processors and memory system, built-in Wi-Fi, and an array of other features, the X35G is sure to be a leader in the mini PC space.

Previous Get a deal for laser engraving machine KKMOON 20W