According to a report from IThome, the folks at 3DCenter today compiled data from multiple evaluation media regarding the performance offered by the NVIDIA RTX 3090. Moreover, it compares the new video card with the previous generation flagship RTX 2080 TI. According to the report, the performance of the NVIDIA RTX 3090 at 4K resolution has increased by an average of 47.3%. When Ray tracing is turned on, it reaches a 58% increase and the power consumption will go high to 12%. The new video card offers these levels of performance but the selling price also increased by 25%.

Furthermore, 3DCenter added data of multiple media using multiple models for reference. It reveals that the performance of the RTX 3090 is about 12% higher than its sibling RTX 3080. It can reach a 14% amount when ray tracing turned on, however, the price is 114.5% higher. 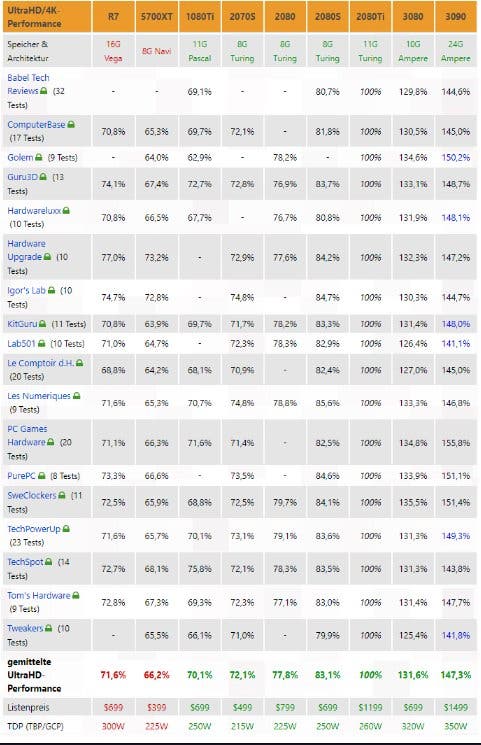 In addition to comparing RTX3080 and RTX 2080 TI, data of other graphic cards have been added as well. The list includes results achieved with the AMD 5700XT and AMD Vega. Moreover, in the test of resolutions such as 2K and 4K, the gap between GeForce RTX 3080 and 3090 was further narrowed. In these specific cases, we can see a small 1-digit increase in performance. 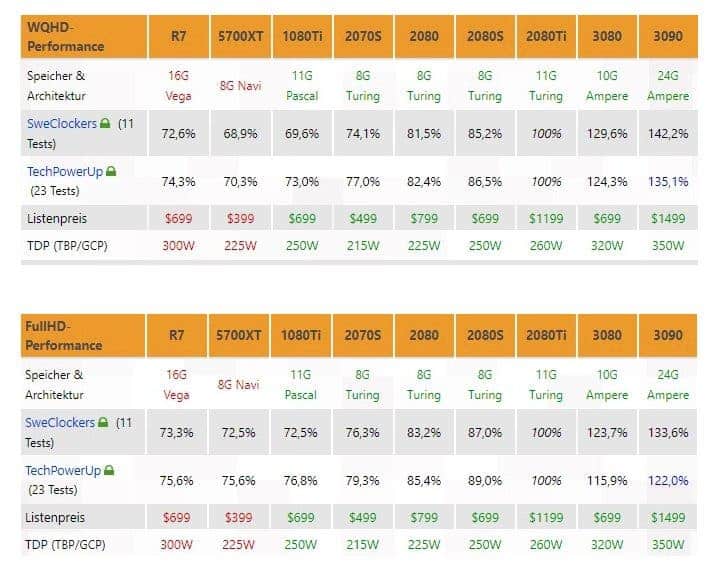 While the sales for the brand new RTX 3090 already opened, it’s out of stock in several channels. All the players desperately needing an upgrade will need a little bit longer.

The RTX 3080 is getting an Iron Man model with gold and red color schemes and a three-slot fan design with a dual 8pin power supply. There’s an alternative model featuring red and blue instead of red and gold colors and that obviously stands for Captain America. Both graphic cards are used on stock frequencies.

Worth noting that the company also added a 10GB mark after the name of the graphics card. This suggests the arrival of other alternatives with alternative capacities. In addition to the above graphic cards, Gengsheng also unveiled a set of graphic cards featuring 9 different color schemes. More colors are likely coming soon and we are curious to see if more Marvel characters will be added to the portfolio.

Next Extra 20% discount coupon for the new ELEPHONE U5