OnePlus will release its latest flagship smartphone, OnePlus 8T on October 14th. Some weeks ago, a new OnePlus device with model number KB2001 appeared on the Geekbench 5 database. This smartphone comes with 8GB of RAM, Snapdragon 865 SoC, and Android 11. This device is obviously the OnePlus 8T. However, another OnePlus model with the number “KB2000” appeared on Geekbench today. According to the listing, this smartphone also comes with a Snapdragon 865 SoC but uses 12GB of RAM. 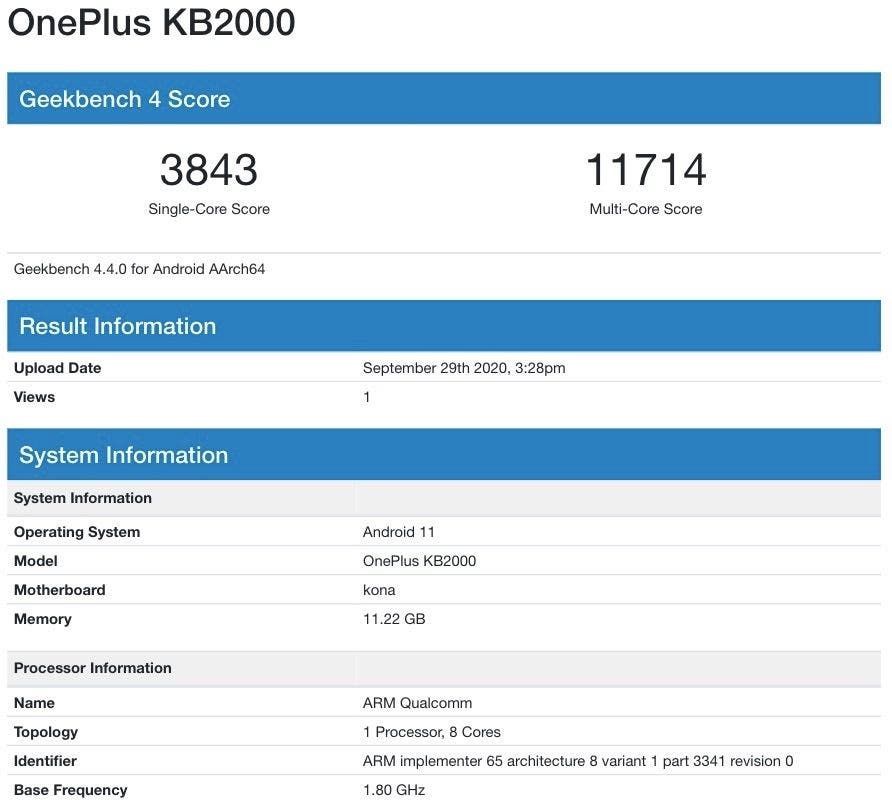 Earlier this month, OnePlus KB2000 got network access certification. The network access information shows that this device is produced in Dongguan, Guangdong Province. 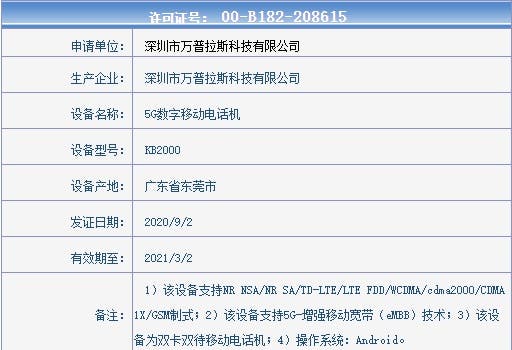 OnePlus 8T will use a pretty old camera sensor

It’s no secret that OnePlus has decided to retain the brand’s most advanced smartphone, OnePlus 8 Pro. The company may present only one flagship device on October 14 – the OnePlus 8T. However, it could surprise us with an “Ultra” model. It appears that the manufacturer does not intend to create competition with the main flagship of the year. This could be why the autumn smartphone will receive an outdated IMX586 camera sensor.

This sensor was introduced back in 2018 and is found both in budget devices (like the Honor Play 4T) and in previous OnePlus flagships: 7, 7 Pro, 7T, 7T Pro, 8, and even Nord. The top-end IMX689 sensor will remain only on the OnePlus 8 Pro, while there is no information on the OnePlus 8T Pro camera yet.

At the moment, we do not know how OnePlus plans to explain such a decision. This situation is similar to Google’s approach, whose Pixel line uses the same 12-megapixel IMX363 sensor from year to year. However, it does this because of its unique combination of quality and affordability.

Next Realme 7 series European launch teased by the company