Since the last week, we’ve been rumors pointing out to the release of the Realme 7 series in Europe for October. Earlier today, the company has published the first teaser confirming this launch. Then, a couple of hours later, the company’s CEO Madhav Sheth revealed that the phone is coming to the old continent on October 7 and the live streaming will commence at 10:30 AM CEST (8:30 AM UTC). Realme will bring the Realme 7 and 7 Pro based on rumors, and the Global variants will come with NFC. That’s something that the Indian variant lacks.

Europe, get ready for #FAS7ER charging and performance! Tune in at 10:30AM CEST on October 7th for the #realme7series European livestream launch.

RT if you're reading this from Europe! pic.twitter.com/XUMc6Jx6xD

The Realme 7 series is the company’s answer to the Redmi Note 9 series and even brings the mid-range segment a step above with a high-refresh-rate display and 65W fast-charging on the Pro variant. This is the first mid-range smartphone to come with this fast-charging standard. Realme is running to popularize this technology, and that’s awesome. There are flagships like the ones from Samsung that still provide less than 30W of charging. So it’s awesome to see 65W on a mid-range handset.

Both smartphones come with punch-hole displays, however, the 7 has an LCD while the Pro brings an AMOLED panel. Curiously, due to the use of a cheaper LCD panel, the company can bump the Realme 7 refresh rate to 90Hz. Unfortunately, the 7 Pro is capped with a 60Hz refresh rate. Perhaps using a superior display would make this device too expensive. Under the hood, the standard version brings the gaming chipset Helio G95 SoC while the 7 Pro has a Snapdragon 720G chipset. Both handsets bring 64MP main cameras and 16MP selfie shooters. 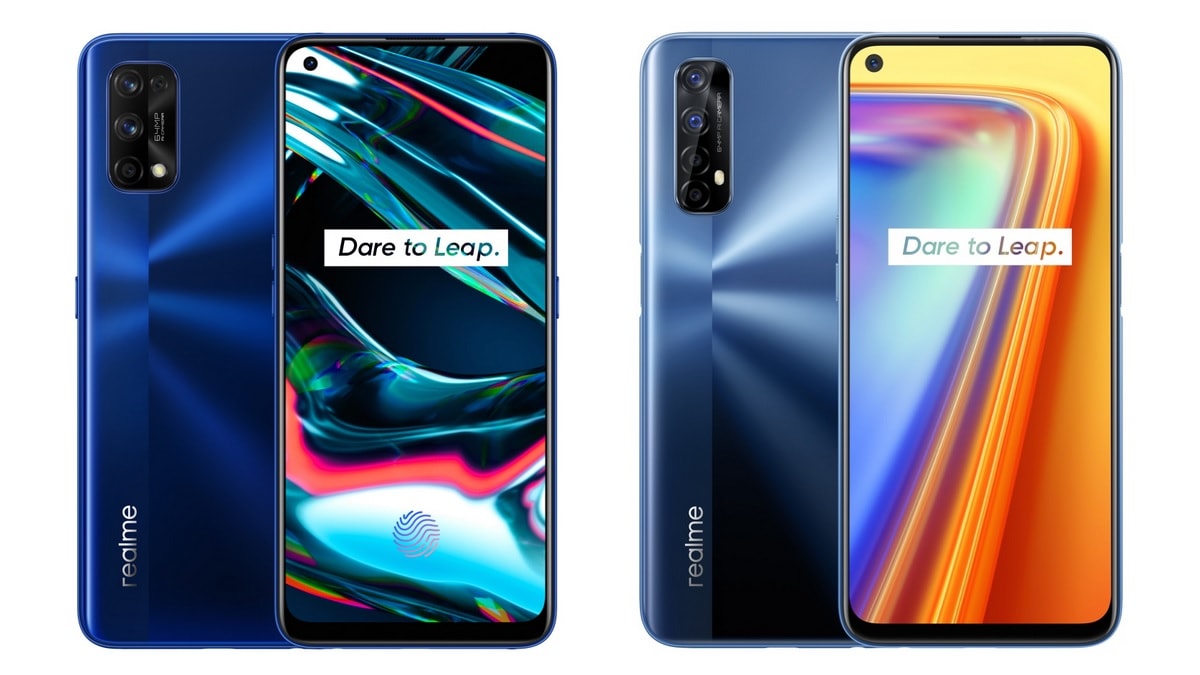 The vanilla brings a huge 5000mAh battery with 30W fast-charging. The 7 Pro has a smaller battery with 4,500mAh capacity. However, it bumps the fast-charging support to a whopping 65W rate. The Indian versions lack NFC support, but the European versions will bring this feature. 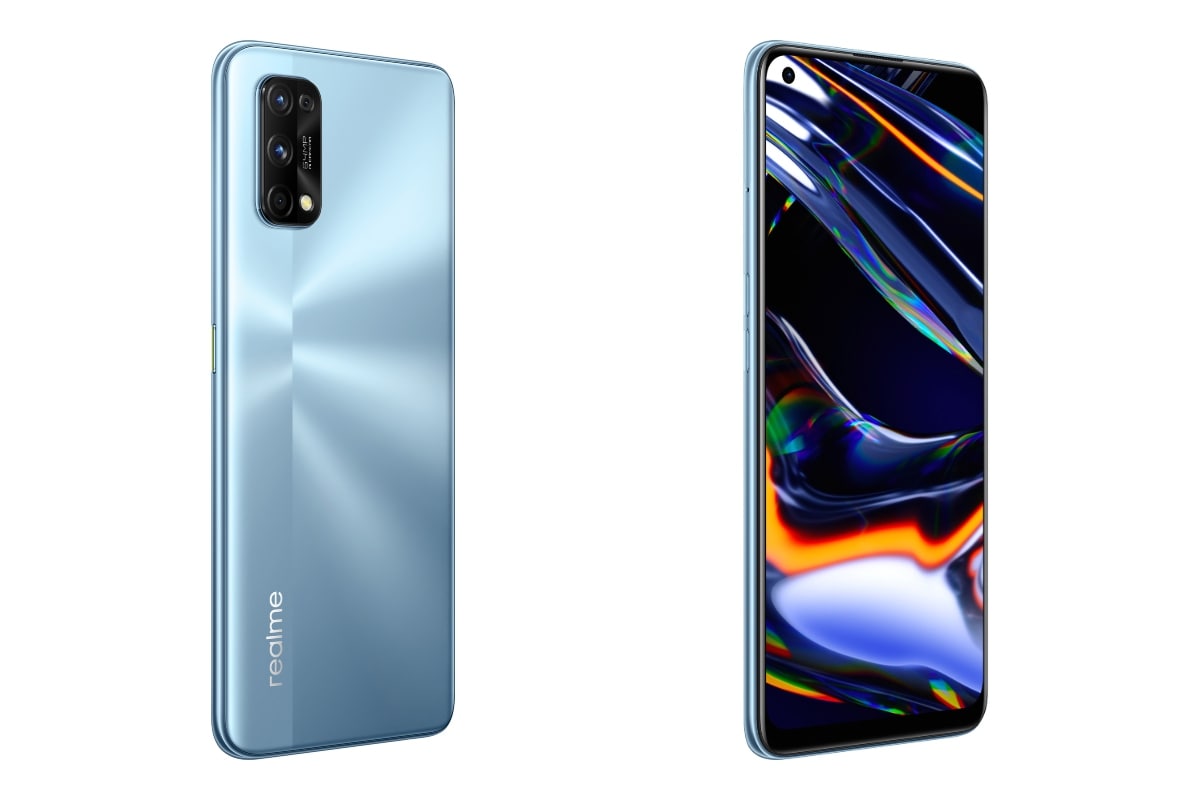 Worth noting that the vanilla smartphone will come in Mist Blue and Mist White colorways. The 7 Pro will reach Europe in the Mirror Blue and Mirror Silver colorways.