According to a recent report from SensorTower, the global application installations hit 36.5 billion in Q3 2020. This is a year-on-year increase of about 23.3%. The download value is from both Google Play Store and App Store. Furthermore, the total consumption of the two application platforms is about $19.3 billion US dollars, a year-on-year increase of 32%. In terms of application download, embattles Chinese short video app, TikTok remains the most downloaded app for Q3 2020. TikTok ranks first both in the Google Play Store as well as in Apple’s App Store. 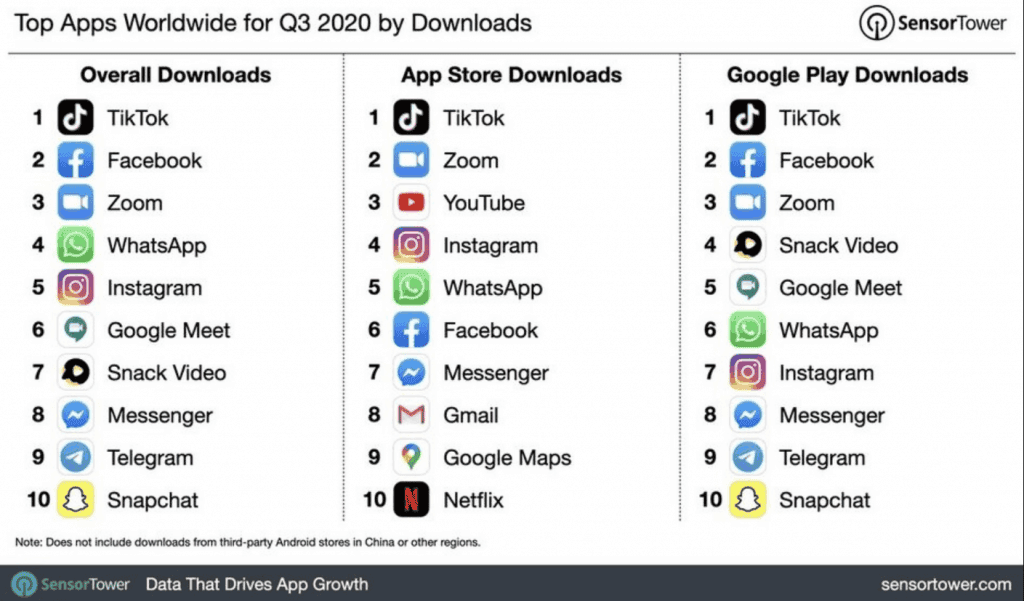 Other apps like Facebook, Zoom, WhatsApp, and Instagram are also quite popular. TikTok has been at the hub of controversies in recent times. The company is facing a ban threat from the U.S. government. As a result of this, it has reached an agreement with Oracle and Walmart so that it can retain its business in the U.S. Ever since President Trump said that he has approved the TikTok-Oracle deal in principle, there have been noting significant regarding the deal. However, it appears that the situation is a bit better for the company and it can now face its business.

Android has always occupied a larger part of the market. Although Android has the numbers, looking at the consumer spending on apps, iOS still leads Android by a large margin. In the third quarter, the iOS App Store revenue hit $19 billion. As for the Google Play Store, it was only able to rack up $10.3 billion. Nevertheless, iOS may not necessarily have a larger revenue than Android. This is because Android consumers in China do not use the Google Play Store. Thus, the value does not reflect Android’s revenue coming out of China. Since the Chinese market is a really big market for Android, the gap in revenue between iOS and Android may not be so large. 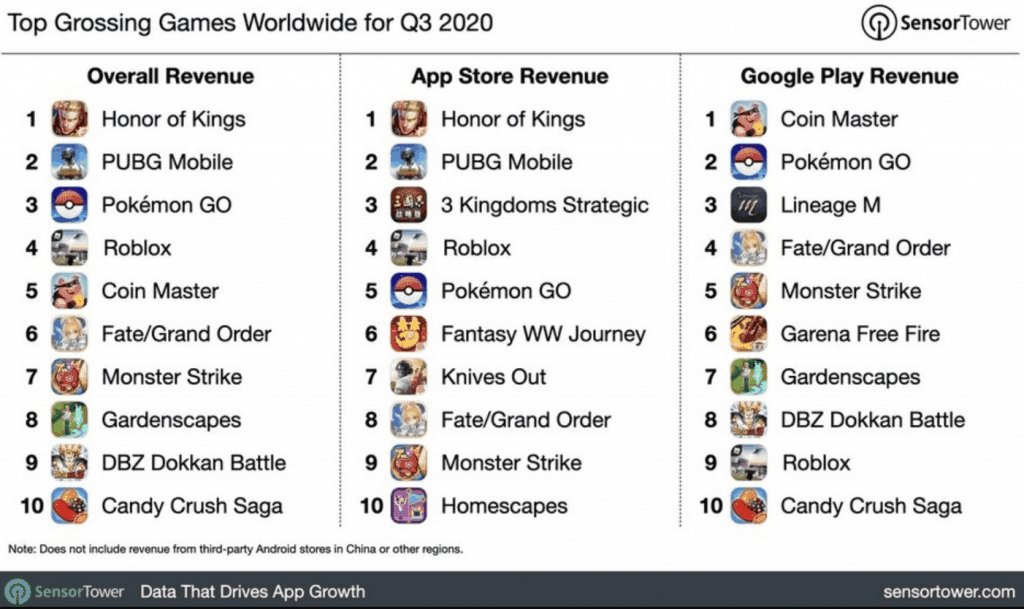 In the gaming segment, Tencent Games (with TiMi Studios) Honor of the Kings continues to lead the pack. However, there are other popular games like PUGB Mobile and Pokemon Go. Interestingly, in terms of revenue generation, Honor of the Kings is not in the top 10 list for the Google Play Store. However, this game tops the pack for the Apple App Store. In the Google Play Store, Coin Master, Pokemon Go, and Lineage M top te revenue generation list.