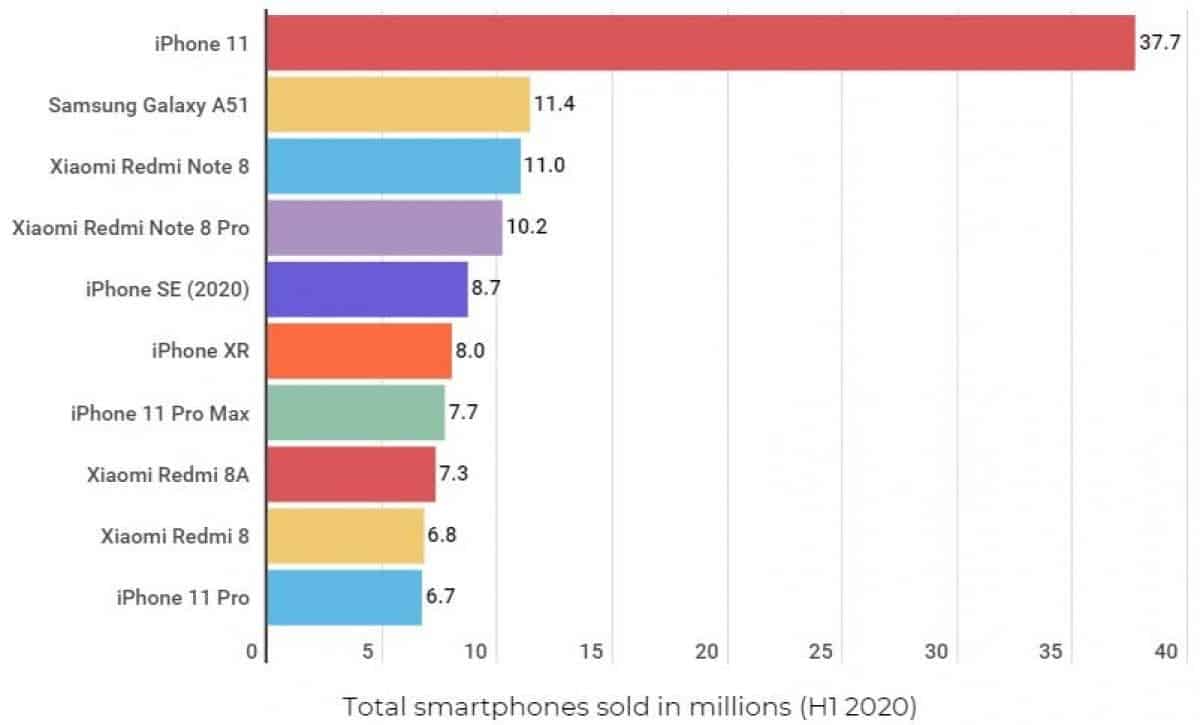 Huawei’s shipments were 54.1 million units. Compared with 58 million units in the second quarter of 2019, this is not a big change. It also accounts for 42.6% of the Chinese market.

The remaining top-ranked brand is Xiaomi (10.2%). So we can say its market share didn’t change much when compared with 10.7% in the first quarter of 2020. OPPO has a market share of 8.6%. At the same time, Realme is the only brand that achieved double-digit growth, up 11% from the second quarter of last year.

By the way, recently, Counterpoint Research released its own report concerning the smartphone shipments of the second quarter. According to the research company, the overall smartphone shipments dropped by 23%. This is the largest drop in the industry’s history but the average wholesale price (ASP) increased by 10% year-on-year.