Today, Realme announced a few new products. First, the company released the Realme 7i smartphone with a 5000mAh battery and a 6.50inch 90Hz screen. Later, it uncovered the Realme Buds Air Pro in India. As the name suggests, we are dealing with the upgraded model of the Buds Air. The new headphones come with a new customized S1 chip for active noise reduction. The maximum noise reduction amplitude is 35dB. 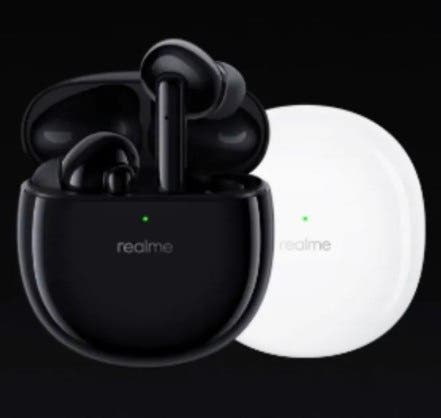 The Realme Buds Air Pro has a 10mm bass boost driver unit. It also supports Bluetooth v5.0 connection, up to 25 hours of battery life, and fast charging (via Type-C). The rated charging time from 0 to 100% takes only 1 hour. Generally, the headphones work for 3 hours without recharging, when using the case; the time increases to 25 hours (20 hours with the noise-canceling system on).

Realme claims that the machine weighs only 5 grams. Also, it has a special game mode, which can provide a 94ms ultra-low latency. It’s been added for perfect synchronization of sound with what is happening on the screen. On the body there is a touch zone for controlling playback, answering calls and launching the voice assistant. The device complies with the degree of protection IPX4.

Through the Transparency mode, you can listen to ambient sound with just one button. Thus, it allows you not to completely withdraw into yourself, to control the situation and react in time to events. And the dual microphone noise reduction function is also available during calls.

Today, a Weibo blogger posted a few photos showing that the Realme Buds Air Pro will have a silver variant as well.

The manufacturer claims that when the noise cancellation function is activated, users can reduce the ambient noise by 8 times. In other words, it brings city traffic noise closer to a regular whisper in terms of volume.

As for the smartphone launched today, the Realme 7i has a 6.5-inch screen with a 90Hz refresh rate, but its resolution has been reduced to 720p. In addition, this model uses Snapdragon 662 SoC with Adreno 610 GPU. The basic version of the Realme 7i received 4 GB of RAM and 64 GB of flash memory, and there is also a slot for microSD memory cards. There is also a version that is has 128 GB of memory.