First talking about the number, there are three smartphones under Camon 16 series. They are Camon 16, Camon 16 Pro, and Camon 16 Premier. Out of the three, the Premier made its way to the African market. Whereas, the other two smartphones were also announced during the global event. Moving to the launch date, we are expecting Tecno is confirmed to launch on October 10 at 12 pm (noon) in India. 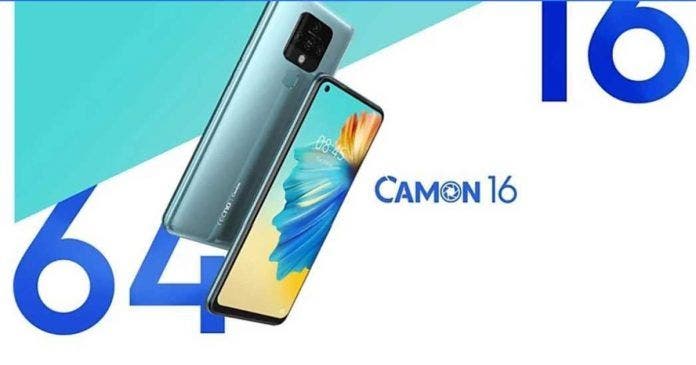 The smartphone company is pairing up with Flipkart to market its smartphone. The product page on Flipkart is already live. However, it doesn’t share the specifications. The page reveals one of the color options for the phone though. The phone comes with a Silver gradient finish. It also showcases the design of the device. On the front, you will get a punch-hole notch housing a single camera. On the rear side, there is a quad-camera setup. The phone has a rear fingerprint scanner as well.

Get ready to witness the evolution 📸
All eyes on you, coming soon. 🤩

Well, the company didn’t share any key specifications of the smartphone. However, they have been teasing the camera through-out. There is a 64-megapixel quad camera setup.  The company also teased the “AI-enabled Ultra Night lens.” Talking about the price tag, we are expecting it to be priced below INR15,000 (~$205)

Camon 16 Premier comes with Helio G90T chipset. The smartphone gets a 4500 mAh battery with 33W fast charging. The smartphone seems like a re-branded Infinix Zero 8 with some design changes. However, the vanilla Camon 16 will be a watered-down version. We will have to wait till we find out what the Camon 16 has to offer. What are your opinions on Tecno Tecno Camon 16? Let us know in the comments section below.