Last year’s Samsung Galaxy A41 has not gained much popularity. What fate awaits its successor, the Galaxy A42 5G? it will be possible to know that after the release of this model and its appearance on store shelves. At the moment, the company does not disclose the date of the announcement of the smartphone. But insiders have already managed to get information about the characteristics of the device.

Samsung Galaxy A42 5G official specs and design has been leaked 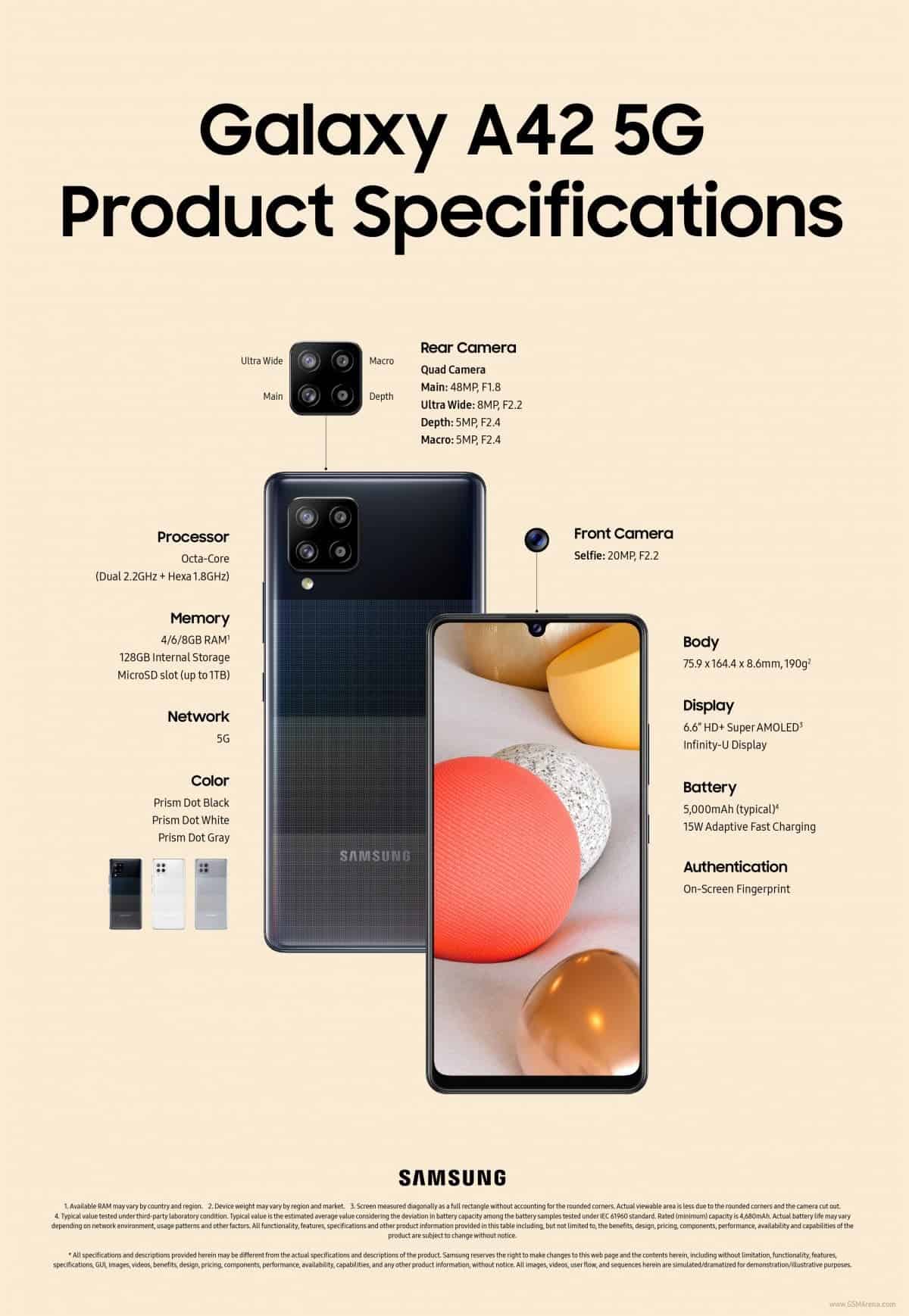 Following the Xiaomi Mi 10T Lite, it should be the second smartphone based on the new Snapdragon 750G platform. The device will receive a large 6.6-inch Super AMOLED display with a modest HD+ resolution. The Galaxy A42 5G will have a 20-megapixel front camera with f/2.2 aperture, 4/6/8 GB of RAM and 128 GB of storage memory with the possibility of expanding it via microSD cards up to 1 TB.

The main camera is quadruple and the main sensor is a 48-megapixel module with an f / 1.8 aperture. There is also 8 megapixels wide sensor with f / 2.2 aperture, a 5-megapixel macro module and a depth sensor with a similar resolution. The Galaxy A42 5G will be powered by a 5,000mAh battery with support for 15W charging.

The South Korean company sells more smartphones and TVs than any other brand, but it’s not just retail products that are doing so well. Samsung has a very successful business of selling memory chips to device makers around the world.