Huawei is getting ready to unveil what may be its last flagship smartphone for the foreseeable future. Today, Huawei Consumer Business CEO and Huawei Executive Director, Yu Chengdong, announced the date for the Huawei Mate 40 series global conference. Furthermore, popular Weibo blogger, @长安数码君, released a pre-heating video of the Mate 40 Series. The slogan or theme of this conference is “Leap the Future”. 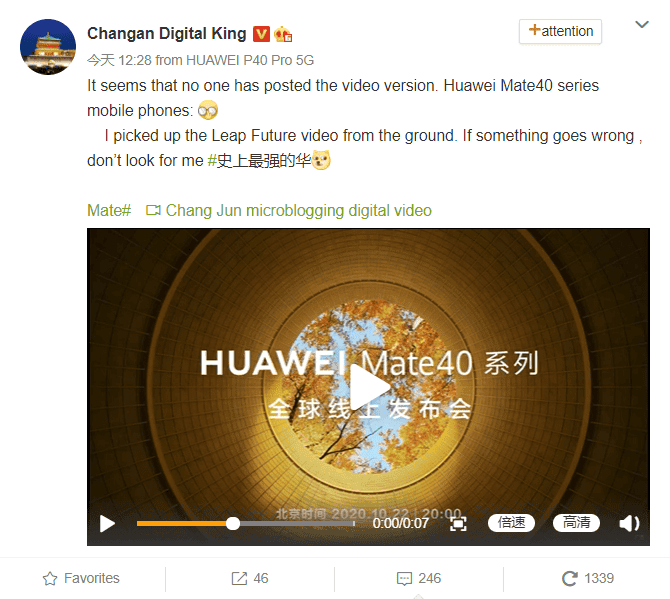 Also, the theme of the conference outside China is “Leap Further Ahead”. Wehn you take a look at these themes, Huawei is trying to pass a message. The Mate 40 series will come with a major breakthrough in a couple of areas. There are reports that the camera zoom and other image functions will significantly improve.

In addition, Huawei’s comment in the video implies that “what you see is what you shoot”. This again implies a breakthrough in the photography department.

What we know about the Mate 40 Series

Next Huawei to re-structure its executives - things are changing