For OPPO, its Find X line is very important because all the best it always brought to the phones from this series. Currently, the Find X2 is on the market. It was released after a long delay. If you remember, they were out in early March this year. And now, it seems the company doesn’t want to have a big gap between the launch dates. We are already getting various rumors concerning the features of the OPPO Find X3. Recently, the suspected OPPO Find X3 Pro renders were leaked on the net. The overall design is very different from the previous generation products. It not only comes with a larger curvature screen, but the front camera is also hidden. 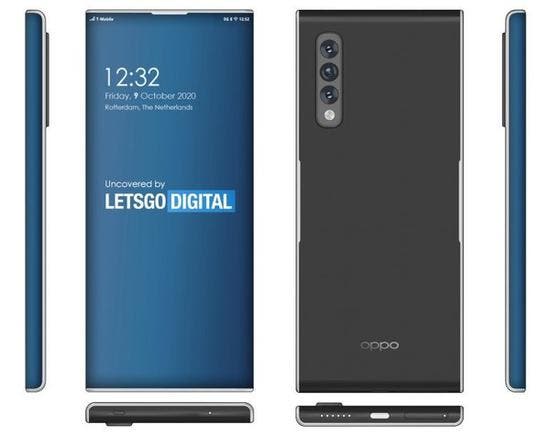 Through the renders, you can see that the front of the phone in the picture carries a large-curvature waterfall screen. The curvature extends to the left and right sides, covering the entire sides of the fuselage. At the same time, it cancels the traditional power button and volume button design. It is worth noting that there is no front-facing camera on the front of the phone. So there is every reason to think that the phone will come with an under-screen camera. Of course, we understand that these are just renders. But who can say they are not signaling the upcoming features of the phone. In addition, the entire fuselage is slenderer, with very narrow frames at the bottom and top.

There are three cameras on the back of the phone. But we should say they are identical to the Find X2 series. Generally, the Find X2 series, especially the Find X2 Pro, achieved good photo effects through customized lens and software optimization. In this regard, the OPPO Find X3 series is worth looking forward to.

As said in the beginning of the article, OPPO Find X series collects all the best features and innovations into one. In this regard, we can just see what other top manufacturers are working on and guess similar technologies and features will appear on the upcoming OPPO Find X3 as well. This is a naïve approach, but if looking at the previous Find X models, you will understand that this is true.