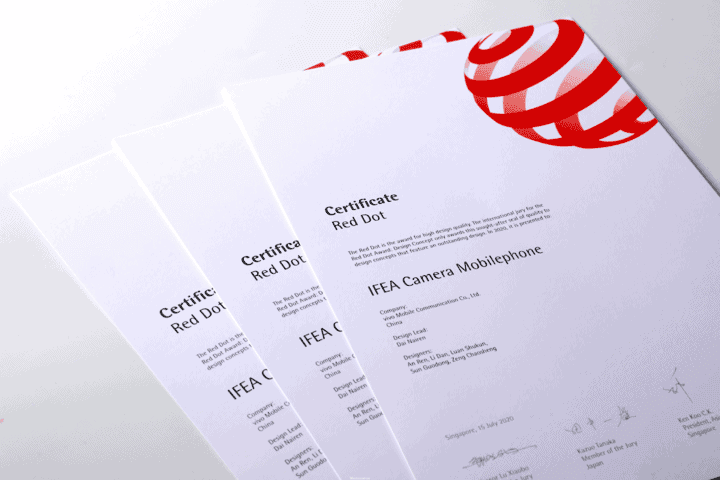 As one of the few Chinese smartphone brands that have won awards in recent years, VIVO has naturally attracted a lot of attention. This interesting detachable lens design may be a useful solution in the full-screen era.

However, VIVO is not the first to come with such an idea of ​​detachable body and lens. However, none of those companies could withstand the test of the market, and gradually fell silent after a period of fire. 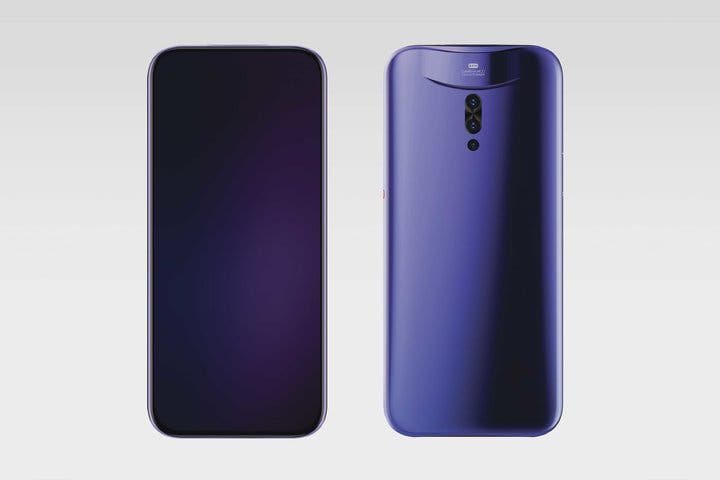 So is VIVO’s award-winning IFFA separate lens design a replay of the old tune? Can it be accepted and recognized by the users? This is a question worthy of our discussion.

The concept phone that appears in the video is a smartphone with a lifting lens. We will call it the VIVO IFEA for the time being. What’s ingenious is that after the front camera is up, it can be ‘broken down’ and placed anywhere nearby. And the camera can be controlled in real time through the phone. This undoubtedly increases the playability and controllability of mobile photography.

According to the video introduction, the VIVO IFEA uses a magnetic dedicated pan/tilt to support charging the front lens. After manual separation, you can achieve an interesting shooting. For example, when you have a dinner party with friends, you don’t have to trouble the waiter to take a group photo for you. You can directly place the VIVO IFEA lens in a suitable position to take a photo.

Of course, with such a miniature lens module, you may forget to take it away after shooting. VIVO has also considered this possibility. In the video, when the user removes the proactive camera and forgets to embed it in the phone, the phone will sound an alarm after a certain distance is exceeded.

The camera module of the VIVO IFEA is replaceable. For example, you can freely modify official lens modules such as fisheye, super wide-angle, wide-angle, and telephoto. 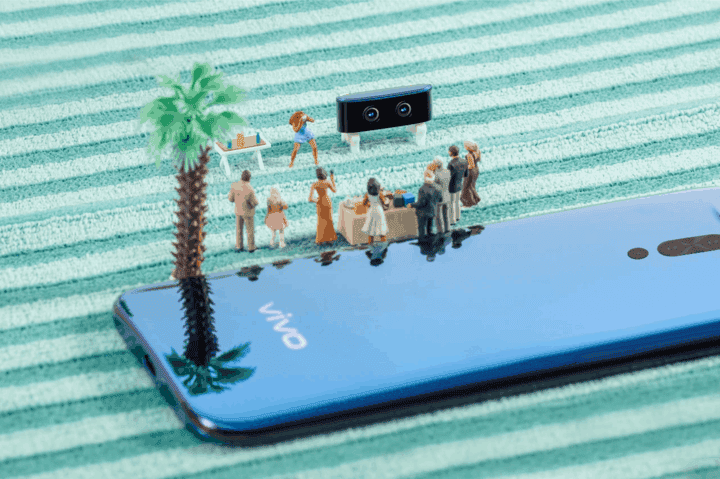 In addition, the VIVO IFEA has a dedicated mobile power bank, which can also be used as a stand while charging. Due to the waterproof protective cover, it is convenient for underwater shooting. It can also achieve full voice control. Freeing hands will bring a different shooting experience.

In fact, a detachable lens design similar to the VIVO IFEA appeared in the early 21st century.

At that time, the camera function was still a very new concept for smartphones, and smartphones with built-in cameras were still conceptual products. Some manufacturers have ‘brainly opened their minds’ and introduced external independent smartphone lenses. Consumers can use it as smartphone accessories to extend the functions of their smartphones.

The most representative one is the Sony Ericsson T68i. The user can insert the camera accessory from the bottom of the phone. Even though it can only take up to 300,000 pixels of photos, this fresh form and gameplay surprised everyone at the time. 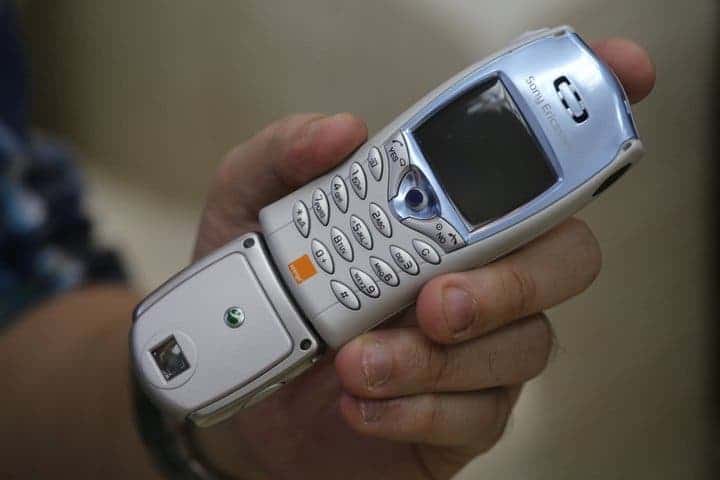 In 2002, Siemens launched the S55 high-end phone. It also uses an external camera as a smartphone accessory. But it is more advanced than that of the Sony Ericsson model, adding a xenon flash to the camera module. It also supports video recording. 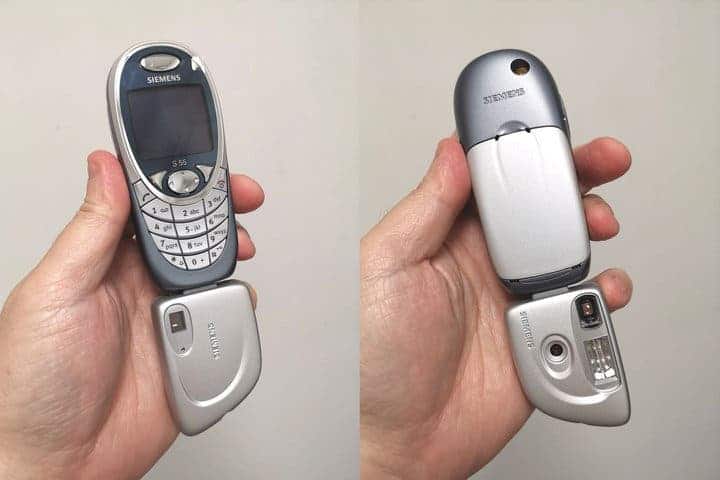 Almost at the same time, Motorola introduced the T720i. What’s interesting is that the external camera can be rotated 180 degrees. So people can use it as both front and rear camera. 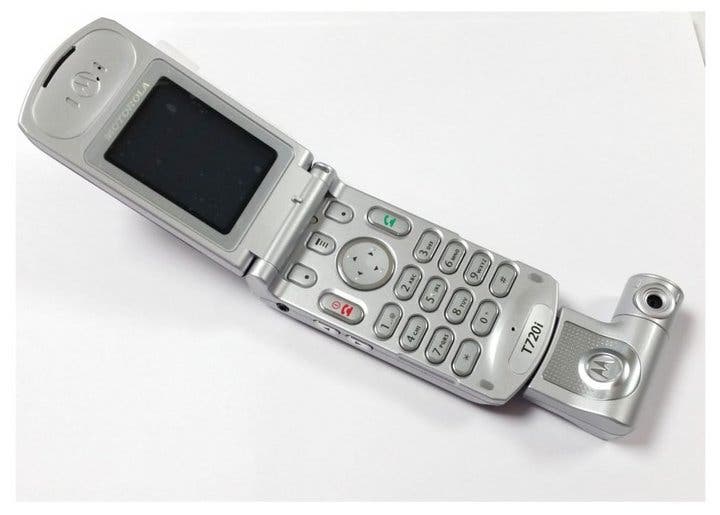 What’s interesting, now, we look at these cameras as something advanced. But that time, it was the only way of using cameras on phones because it was not an easy task to plug a huge camera module into a limited body.

For example, Project Ara, a modular smartphone project launched by Google in 2013, aims to allow users to customize and assemble their smartphones to achieve the modularization of the entire smartphone system, just like assembling a computer. However, this project was ultimately only a ‘paper talk’. 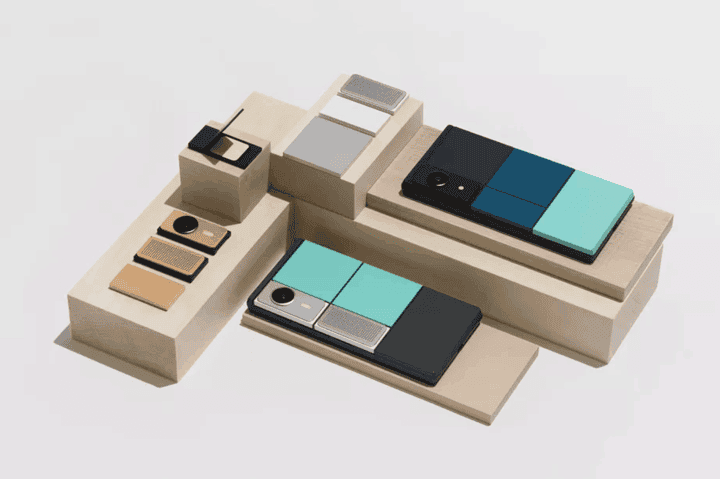 Three years later, LG launched the flagship smartphone G5. The ‘chin’ position of the smartphone has a pluggable interface, and users can change different modules as needed. However, consumers did not pay, and the company stopped this project.

Later, Motorola still tried to save the modular smartphone concept, launching the Moto Z. Its biggest selling point was the Moto Mods expansion modules such as Hasselblad lenses and projectors. However, global sales reached only 3 million units. This was even worse than that of the LG G5. Since then, no major moves have been made in the field of modular smartphones. 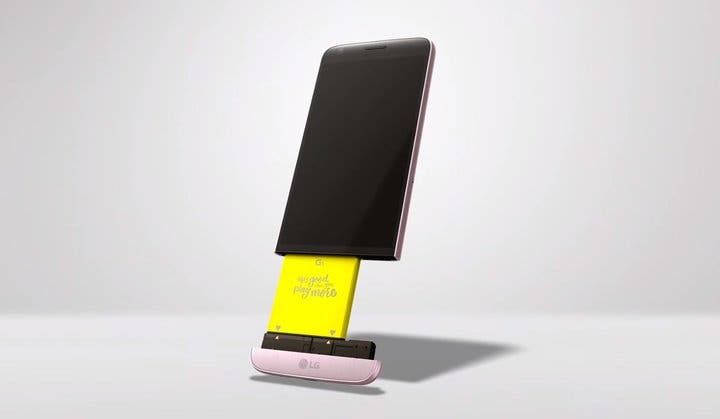 As we can see many previous attempts of the above-mentioned smartphone manufacturers seem to be similar to the VIVO IFEA. They all seek breakthroughs in the field of detachability and modularization. 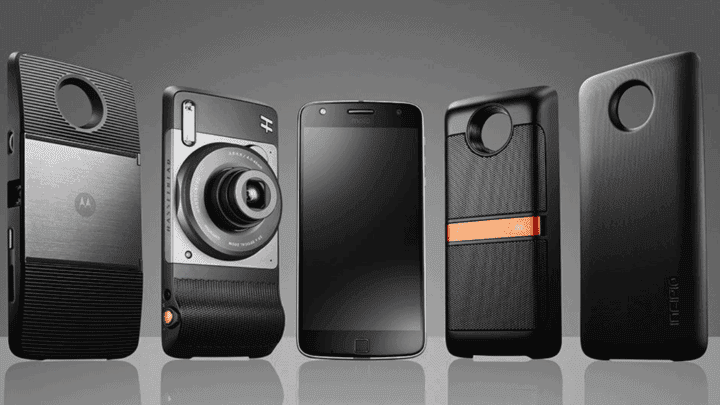 However, when you look carefully, their ideas are not consistent. In the past, the camera accessories of smartphones were designed to achieve high performance when they could not break through the space limitations of smartphones. The VIVO IFEA wants to separate the smartphone camera module under the premise of solving portability. Thus, it wants to achieve a higher degree of photography freedom.

Detachable Lenses Have No Future

One thing we can say for sure – the VIVO IFEA and all other above-mentioned models with a detachable lens design add shooting gameplay. 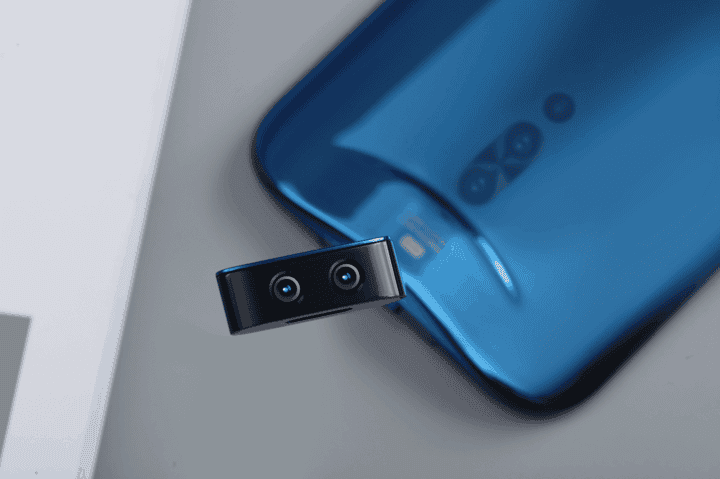 Around 2010, as the imaging quality of smartphones became better and better, mobile photography gradually became a hobby of some people. However, at that time, all smartphones on the market were equipped with a single camera. In this sense, that time, dual-camera, triple-camera, and even quad-camera phones were not popular.

In order to solve the user’s pain points, some manufacturers are very smart and have introduced external lenses such as magnetic suction type and back clip type for mainstream models on the market. The focal length covers from fisheye to macro, which is enough to meet the shooting needs in most situations. 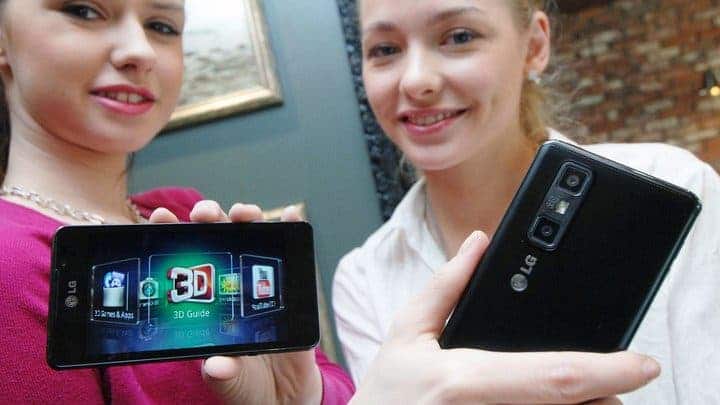 This kind of lens needs to be installed directly on the smartphone camera. Through the refraction of the lens, you can achieve an extended shooting effect. 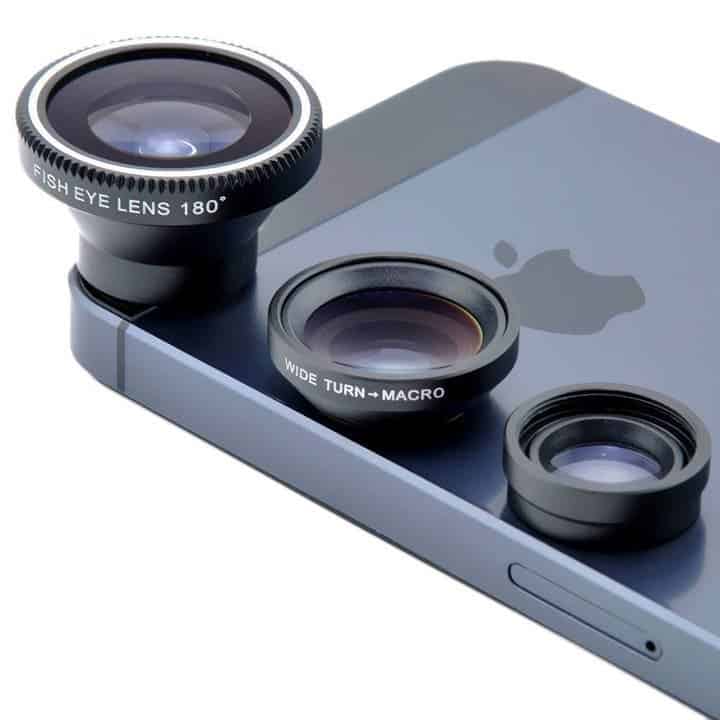 On this track, some manufacturers have also changed their minds a bit, and set the ‘mission’ of the external lens of the smartphone to enhance the image quality. After all, the size and pixels of the phone’s sensor are limited. It may not be possible to change the focal length through the lens alone.

So some manufacturers began to introduce larger smartphone external cameras. The more typical ones are the QX10 and QX100 launched by Sony in 2013. 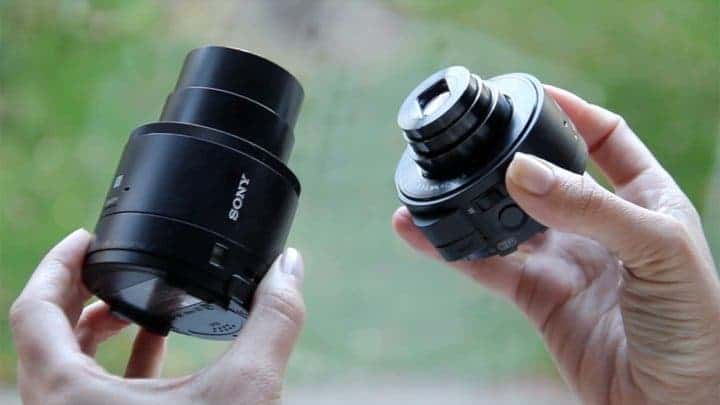 The quality of the two external lenses is far better than the built-in lens of the smartphone at that time. It is worth mentioning that both lenses support Android and iOS devices and are not exclusive to Sony phones.

The functions implemented by these two cameras are very similar to the VIVO IFEA. After pairing with a smartphone, they can be controlled through the latter. 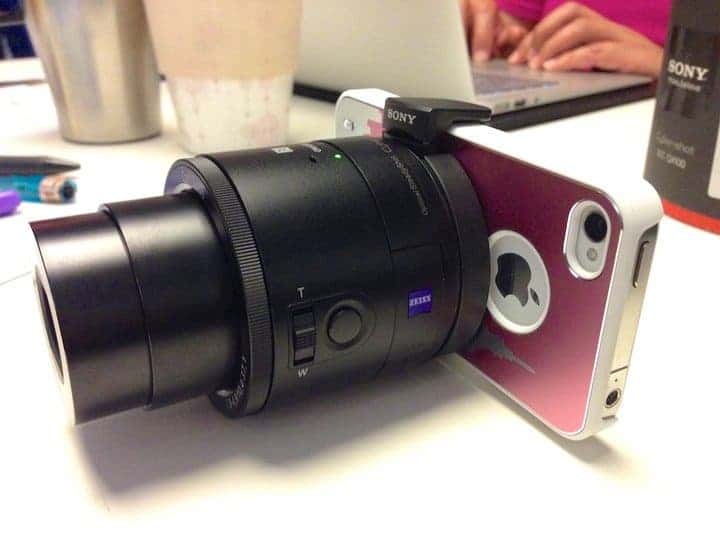 In addition, OPPO also launched an external camera similar to the above two lenses in 2015, called O-Lens. It came with a 16.35MP 1/2.3-inch sensor, which supports 10x optical zoom. The control is also similar to the Sony QX series.

Unfortunately, OPPO, like Sony, did not respond as expected after the introduction of the external lens for smartphones, and eventually became a niche toy. 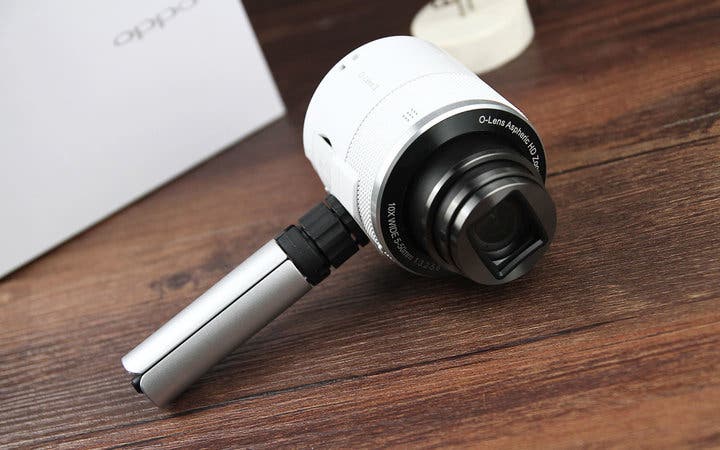 As for those small external lenses such as magnetic type and back clip type, with the increase of smartphone cameras and rich focal length, no one cares about them anymore. Their emergence, prosperity and fall have distinct characteristics of the times in the development history of smartphones.

In the past, the smartphone’s separate camera, no matter what its form, failed to become the mainstream without exception. The reason cannot be simply attributed to poor portability, or high price and poor picture quality.

In fact, for an average user, there are no frequently used scenes. So the detachable lens design can’t become a purchasing factor. After all, we usually use our smartphones to take pictures. It is most likely to record life, not professional photography. You need to think about composition, focal length, and so on. 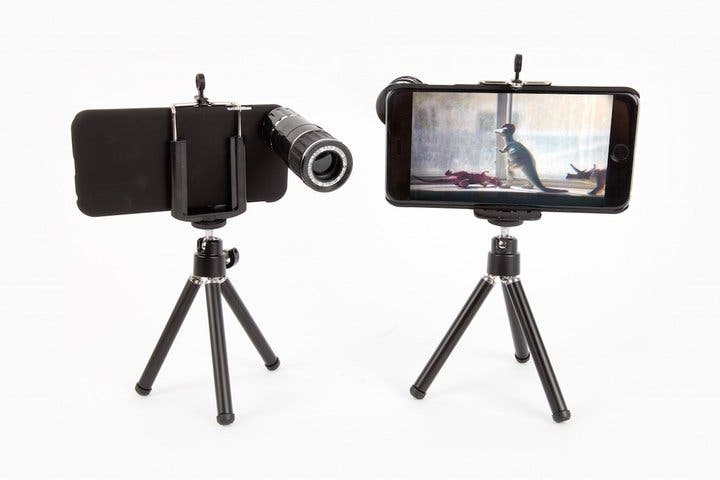 So when looking at the VIVO IFEA for the first time, it may seem very attractive. And we can say there are a lot of gameplay when a smartphone comes with a detachable lens design. But what Vivo needs to think about is: Does the public really need it?

Among the scenes mentioned in the video, perhaps the selfie taking scene is what this handset can be used for. But using it as a sports camera on small animals, or buying more lenses to combine with multi-camera shooting, is definitely not a scene that the public comes into contact daily. 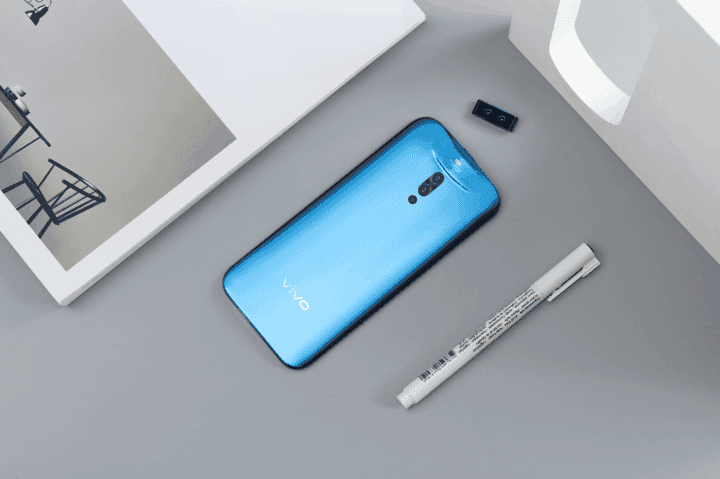 We understand that manufacturers can bring many innovative ideas to the market. But for those technologies, there should be a support of software ecology and usage scenarios. In this sense, the VIVO IFEA may also follow the footsteps of the aforementioned external lens and become an electronic plaything for a few people.

Previous Smartphones will be charged wirelessly at 100 watts next year