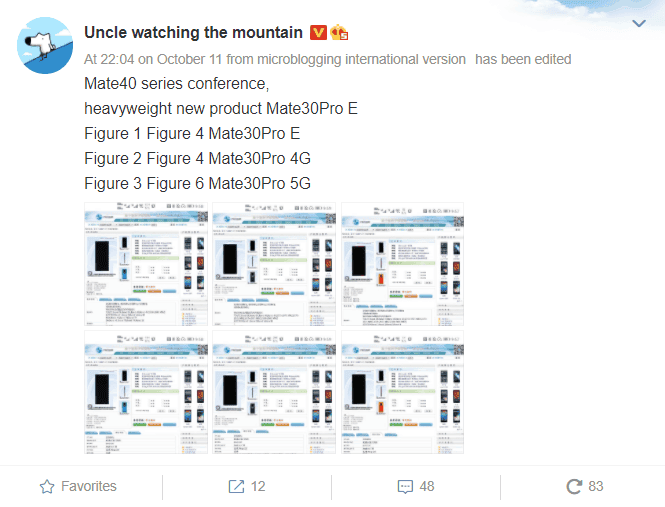 Looking at the images on the Weibo post, the Mate 30 Pro E may actually be the Mate 30 Pro Youth Edition. This smartphone has previously found its way into TENAA’s database.

As the name suggests, this smartphone is obviously in the Mate 30 series. The appearance of the Huawei Mate 30 derivative version continues the design of the old version. In addition, the SoC remains the HiSilicon Kirin 990 5G chip. However, there will be some upgrades to this smartphone. Specifically, it will replace most of the American / foreign parts in this smartphone. This device will come with more Chinese components than its counterparts. The report also claims that there will be a higher degree of beautification.

Huawei knows that the time has come for the company to rely basically on Chinese suppliers. It appears that this company is trying to do this with the Huawei Mate 30 Pro E. Unfortunately, this is about all the information that we know regarding this phone for now.