The main announcement of Huawei in the second half of this year will be the Mate 40 series of flagship smartphones. One of its main advantages will be the new Kirin 9000 chip, which will follow the Apple A14 Bionic into a new line of processors created using an advanced 5-nanometer process technology.

Shortly before the release, the Geekbench 5 synthetic benchmark database revealed performance tests for a Huawei smartphone with the model number NOH-NX9. We expect it to be the Huawei Mate 40 Pro.

According to the benchmark data, the new chip received three clusters of cores, where one included the maximally heated core with a clock frequency of 3.13 GHz, the second – a trio of cores overclocked to 2.54 Hz, and the third block was reserved for a quartet of cores operating at a frequency 2.04 GHz. The chip uses graphics Mali-G78. According to the results of the single-core test, the smartphone was able to show the result of 1020 points, and the multi-core test – 3710 points. 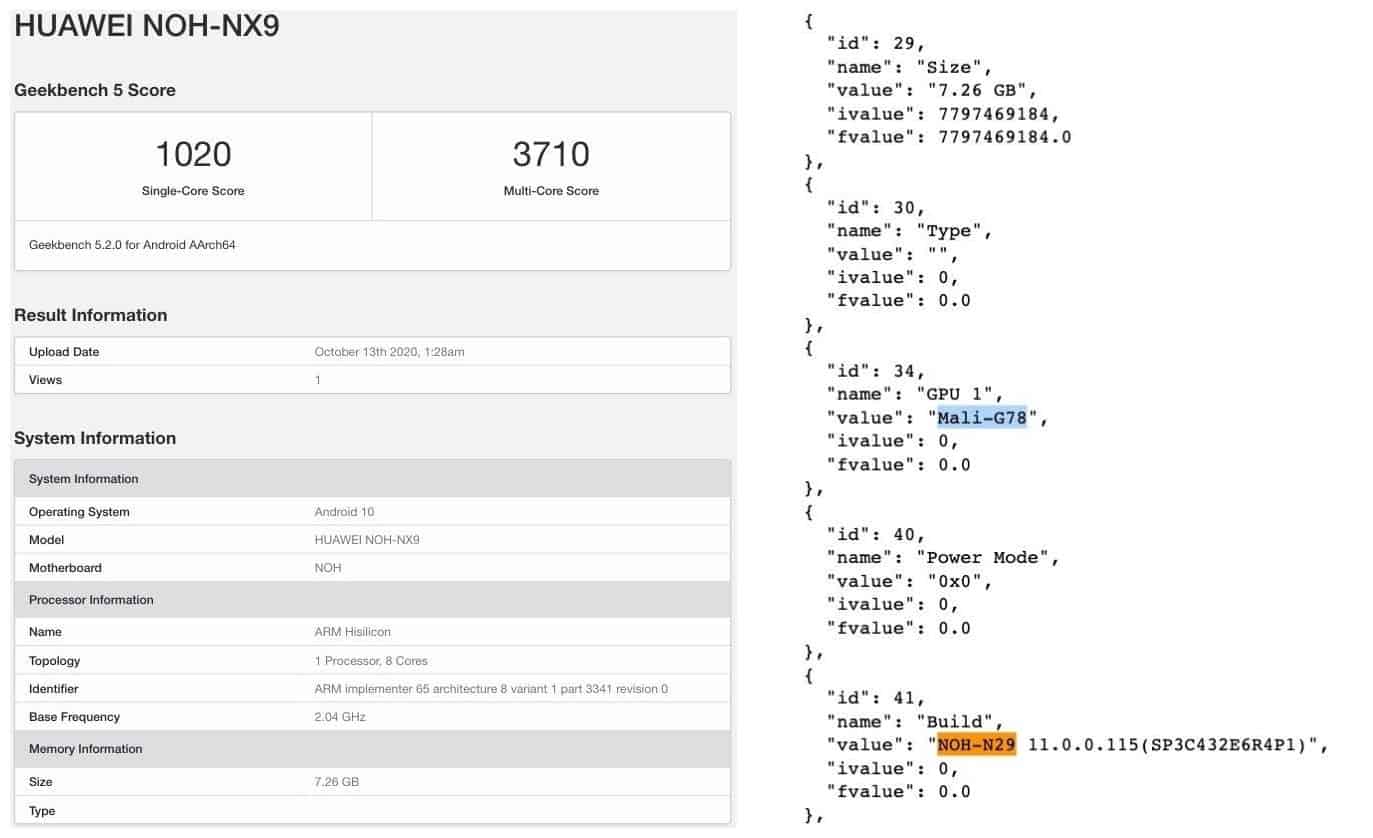 Preliminary results indicate that the Kirin 9000 in single-core mode is 30% more powerful than its predecessor; and also bypasses the Snapdragon 865+ and will be comparable in power to the Apple A12 Bionic. The multi-threaded test made it clear that the new product will be 15% more powerful than the Kirin 990; and outperforms the Apple A13 Bionic. As has already become a tradition, for the off-season and until the Snapdragon 875 appears, the chip from the Chinese will become the “king of the mountain” in terms of performance in the Android world.

On the same day, pre-orders for the Mate 40 in China will begin; and it will be available in Chinese stores on October 30. Unfortunately, there is no international release information available. According to previously available information, it is unlikely that this will happen before the end of the year; and may not happen at all.

At the October 22 event, we will see three models: the Mate 40, Mate 40 Pro and Mate 40 Pro+; while Porsche Design will only be a Pro + variant. There is no confirmation, but, obviously, on the same day, they will finally talk about the Kirin 9000. Also, the Mate 40 should receive a new Leica camera, a waterfall screen with rounded edges, fast and wireless charging technologies; as well as new software with the ability to switch to Harmony OS later.