What impresses about Huawei is that, despite all the sanctions that have come down on it from the United States, it does not give up and is trying to cope with all the problems. And even continues to release smartphones and announced the mid-range Huawei Y7a. True, here the manufacturer has once again cheated, and the smartphone is almost a complete copy of Huawei P Smart 2021.

Huawei Y7a is equipped with a 6.67-inch display with a resolution of 2400×1080 pixels, an outdated Kirin 710A processor and an 8-megapixel selfie camera. They offered 4 GB of RAM and 64/128 GB of storage memory. It has the possibility of expanding it via microSD cards up to 512 GB. 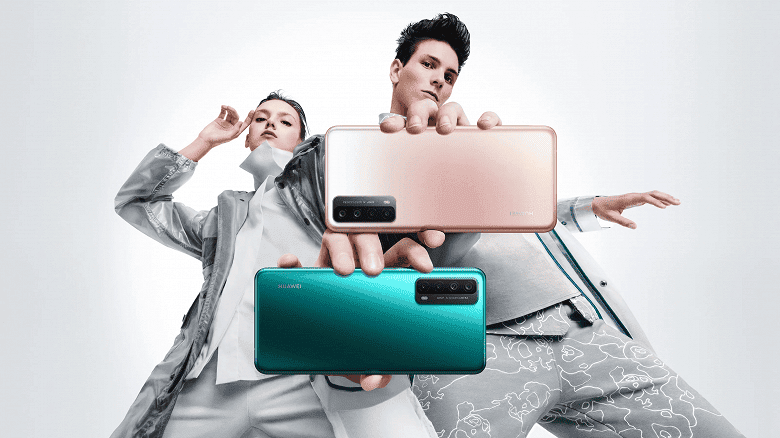 The smartphone is powered by a rechargeable battery with a capacity of 5000 mAh. This battery will be inside a case with dimensions of 165.6×76.8×9.26 mm and weighing 206 grams. They also offered fast charging with a power of 22.5 watts. The Huawei Y7a runs the proprietary EMUI 10.1 user interface based on Android 10.

DIGITIMES: HUAWEI WILL DROP TO THE 7TH PLACE IN 2021

After three consecutive years of recession in 2018-2020, global smartphone shipments will pick up next year. It will be thanks to the active deployment of fifth-generation mobile networks around the world.

According to Digitimes Research, demand for 5G smartphones will grow in the next five years. This will due to the growing number of commercial 5G networks and expanding coverage. The low price of entry-level 5G devices in emerging markets will also drive global smartphone shipments; which will reach over 1.5 billion units in 2023 and 1.7 billion units in 2025, respectively.

In 2021, Samsung Electronics and Apple will be able to take the top two positions. They will be followed by Oppo, Vivo and Xiaomi. China’s Transsion, which sells entry-level phones under the Tecno, Itel and Infinix brands in Africa and South Asia, will come in sixth. Due to US trade sanctions, Digitimes expects Huawei to drop to seventh place.

Previous OnePlus 9 will be introduced much earlier than expected