Today, Xiaomi Group Vice President, Lu Weibing, announced that Xiaomi will provide 1 billion ($149 million) subsidies in all channels on the Chinese Double 11 sales. He also revealed that the new Redmi K30S Extreme Commemorative Edition will be officially released on October 27. Now, the official Xiaomi WeChat account released a warm-up poster for the Redmi K30S Extreme Commemorative Edition. The poster shows that the phone is a special new product for Double 11 and will arrive tomorrow. 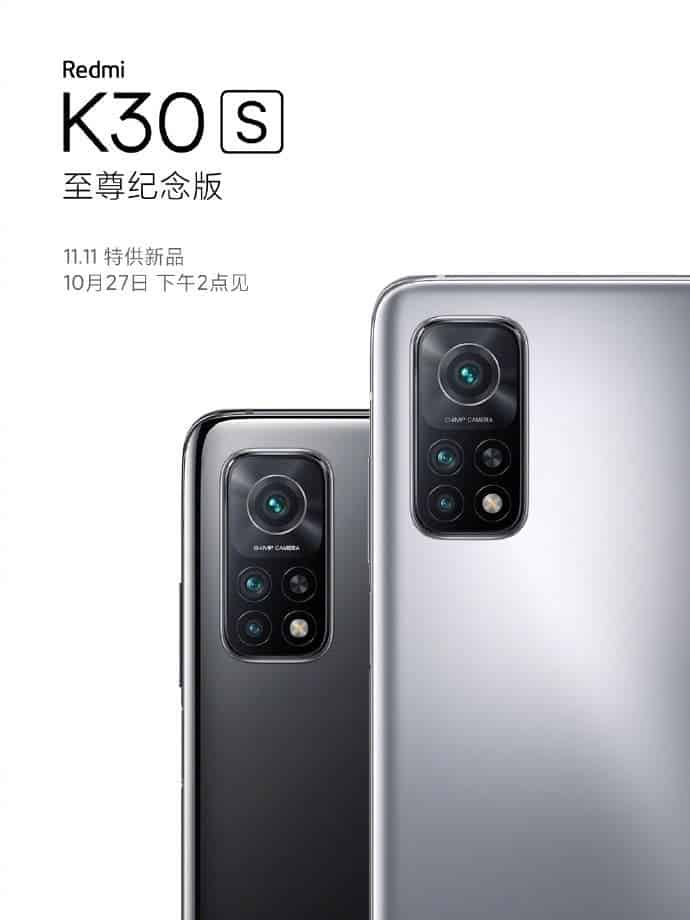 The official also reveals that everything about this device is “hardcore”. He claims that the hard-core flagship does not arrive empty. It comes with a “hard-core high-quality screen”, and “hard-core battery life”. The poster particularly highlights its 144Hz LCD high refresh screen and 5000 mAh long battery life. This is the largest battery capacity of the Redmi K series so far.

In addition, the phone supports a 7-speed 30-144Hz adaptive dynamic frame rate. This ensures a smooth display at 144Hz when sliding the screen and the static picture instantly switches to 50Hz. Of course, we can imagine what this phone offers since it is a rebrand of the Mi 10T. However, let’s look at the available leaks so far regarding this phone

Taking into account Redmi’s positioning of the ultimate price-performance ratio, the starting price of the smartphone should be around 2500 yuan ($373).