Just recently, LG introduced its first TV featuring a rollable display. Now, the company is moving forward to bring this concept to the smartphone world. According to a recent report, the company will introduce this new flagship with a rollable display in March 2021. However, we’ll have a classic flagship before. According to recent reports, the company will focus in two projects to start 2021 – The Rainbow and B Project. The former is a classic flagship that should be a spiritual successor for the V-series. The B Project stands for LG Rollable phone.

Interestingly enough, both devices are part of the LG Explorer Project. This range already brought the LG Wing which is one of the coolest devices of 2020, for sure. The B Project will have a similar approach as part of its screen will be rolled up for compactness but will be rolled out during use for larger screen sizes. The company already teased this particular device at the end of the Wing announcement. Just like with its rollable screen, the company wants to build anticipation and hype for the upcoming product. 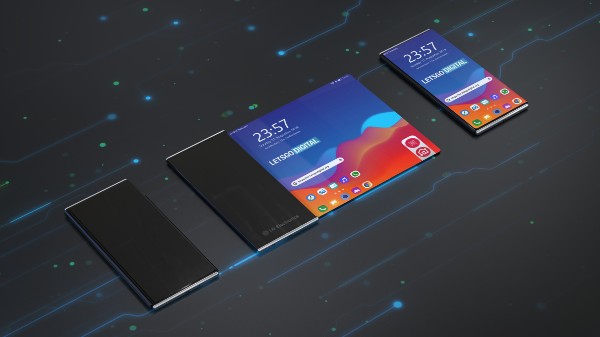 The LG Rainbow will arrive in the first quarter of 2021. In the first two months, as LG Rollable phone will come in March. According to The Elec, LG expects to ship around 26 million smartphones this year and is aiming higher for the next year. Until the end of Q4 2021, the company expects to sell around 30 million units. Certainly, the company has bold aspirations, especially for a brand that passed the last years losing space in the smartphone market.

LG statement about the Explorer project:

“The Explorer Project will focus solely on new usability that is discovered with innovative designs while LG’s new Universal Line will be the company’s lineup of competitive devices that focus on consumer lifestyles, such as LG VELVET.”

When it comes to the mid-range and low-end segment, a recent report states that the company will be partnering with ODMs for the design and manufacture. In other words, the ODMs will be responsible for bringing devices from the Q series and even the Velvet series in 2021. LG will be only designing and developing its future flagships. We are curious to see if this strategy will prove successful. LG may be reviving its smartphones, but needs to rethink its pricing strategy, especially on the mid-range department.