Xiaomi is increasing its presence in the market and the active development of the brand also implies the expansion of the model ranges. The Redmi Note 9 line already has five models; but this series seemed to be small, and it is preparing three more devices that will join this series.

Sources say that Xiaomi is currently preparing to launch a new line of smartphones under the Redmi brand, which will be called the Redmi K40. Presumably, the announcement will take place in December.

Before the official announcement of the first smartphone of the new line, the device was spotted on the Web. Xiaomi smartphone with model number M2011K2C has already passed certification in China. Sources claim that we are talking about Redmi K40. The device is based on the Qualcomm Snapdragon SoC, which has not yet been announced. 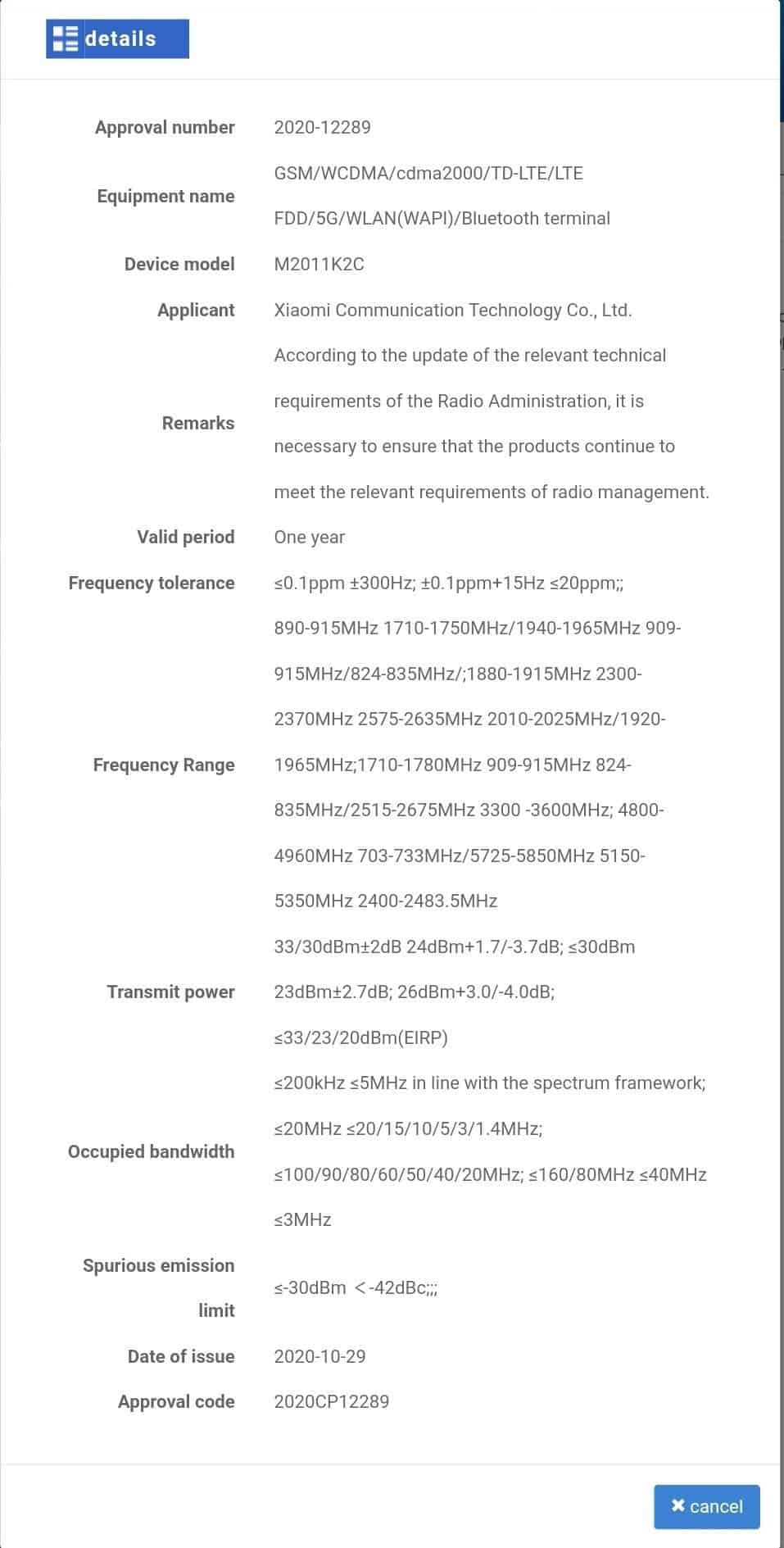 According to previous reports, the smartphone will be based on the Qualcomm Snapdragon 775G. The company should to launch this platform alongside the flagship Snapdragon 875 SoC in early December.

Next ElePods S earphones launched on Banggood for $14.99