Xiaomi is currently working on the Redmi Note 9 series which will arrive in China soon. According to previous reports, these smartphones will arrive in China in the middle of November. Furthermore, speculations claim that it will have three models and one of them will use a 108-megapixel HM2 sensor. However, a recent leak from @DigitalChatStation shows the Redmi Note 9 series high-end LCD panels. 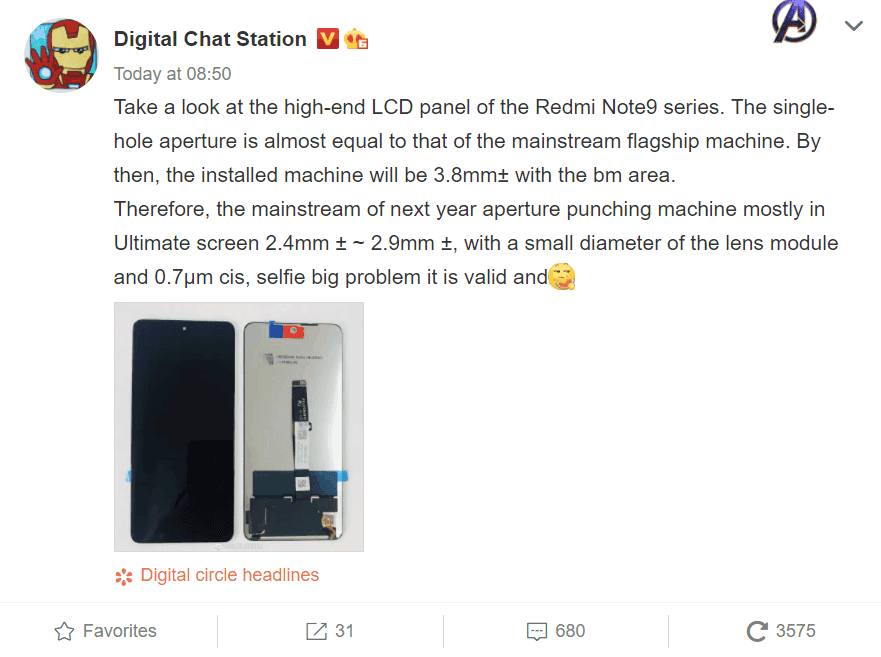 It is worth mentioning that Redmi previously released the Note 9/Pro series outside China. However, the Chinese version will be very different from the global version.