Chinese manufacturer, Vivo, recently announced that it will release its new Android skin, OriginOS, soon. The company claims that this new Android skin took about a year to fully develop. This new Vivo system has a new style and has undergone major changes. From what we already know, the new system provides Android and Origin desktops. These desktops come with different design styles and users can switch between the two freely. In addition to this, @DigitalChatStation has leaked more information about this system

According to him, the OriginOS from Vivo will also add the following changes

Recently, Vivo released an official teaser which shows that its Origin OS is coming soon. Vivo also released some pictures, which seem to show some design elements of OriginOS. 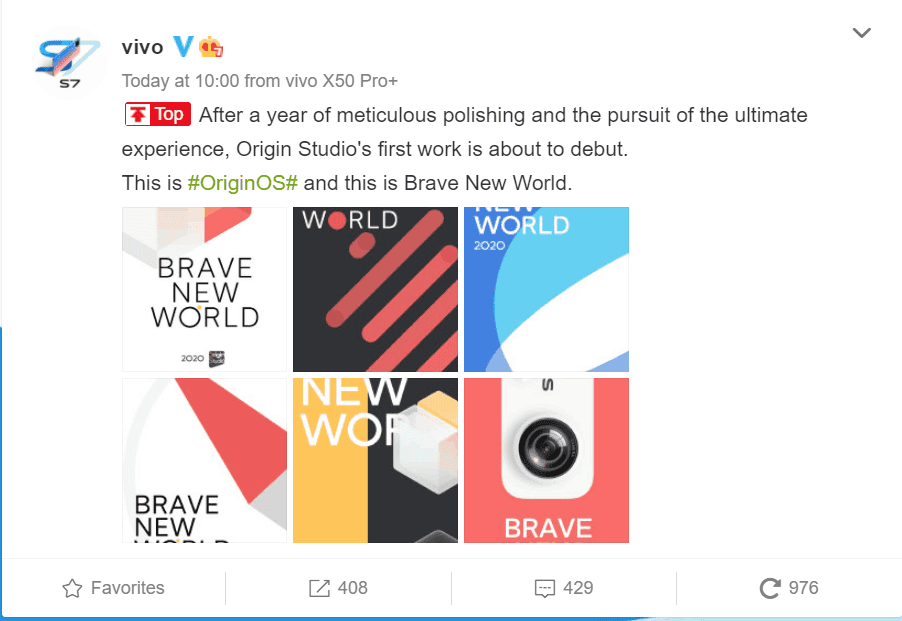 Previously iQOO product manager @戈蓝V also revealed that this time the new Vivo system is led by an Apple designer, and a lot has changed

Vivo previously announced that it will formally hold the Vivo 2020 developer conference in Shenzhen on November 19. At this conference, it will explore the new OS, applications, games, business cooperation, technology, loT, and other aspects. The theme of this conference is “Original Everything”. Vivo is trying to create a healthy open service ecosystem to connect more developers, and jointly create an excellent platform on the basis of mutual benefit and symbiosis.

The literal translation of OriginOS means the “original operating system”. The company is trying to tell us that this system is original and contains its work from the scratch. It is also informing users that the new generation of Vivo UI is quite different.

Read Also:  Vivo T1 Series To Land In Malaysia On April 25 With A Giveaway Contest

In the same period last year, Vivo’s Funtouch OS project manager @JoviOS_小诸葛 posted on Weibo announcing a new version of the mobile phone system-JoviOS. At the time, there were widespread speculations that the JoviOS is Vivo’s new system. However, there has been no news on this system since then.

Vivo recently held its “external communication” meeting which focuses on 6G development. Qin Fei, the dean of the Vivo Communication Research Institute, said that at the moment, Vivo has started 6G research. The company is currently researching some scenarios and key technologies. In Qin Fei’s view, mobile phones, AR/VR glasses, and robots are important products for building a digital life in the 6G era.

When talking about the difference between 5G and 6G, Qin Fei says that 4G and 5G has a digital connection. However, 6G will strengthen the two and combine intelligent development to provide integrated services such as communication, computing, and storage. He also emphasized that 6G cannot simply be equal to 5G+AI technology. At this stage, these two technologies are independent of each other and will move towards integrated development in the future.

Next Many flagship smartphones will use 120W+ charging capacity next year