Apple has given us a real festival of announcements tonight. In addition to the M1 chip, the MacBook Air M1 and the Mac Mini M1, the firm has indeed presented another machine under ARM: a 13-inch MacBook Pro also powered by the brand’s new chip.

Apple MacBook Pro with the new M1 chip is official

The fundamentals don’t change. The MacBook Pro under M1 has the same chassis as the previous models, and it must be admitted that this is a bit of a shame. Now seemed like a good time to introduce a new design. 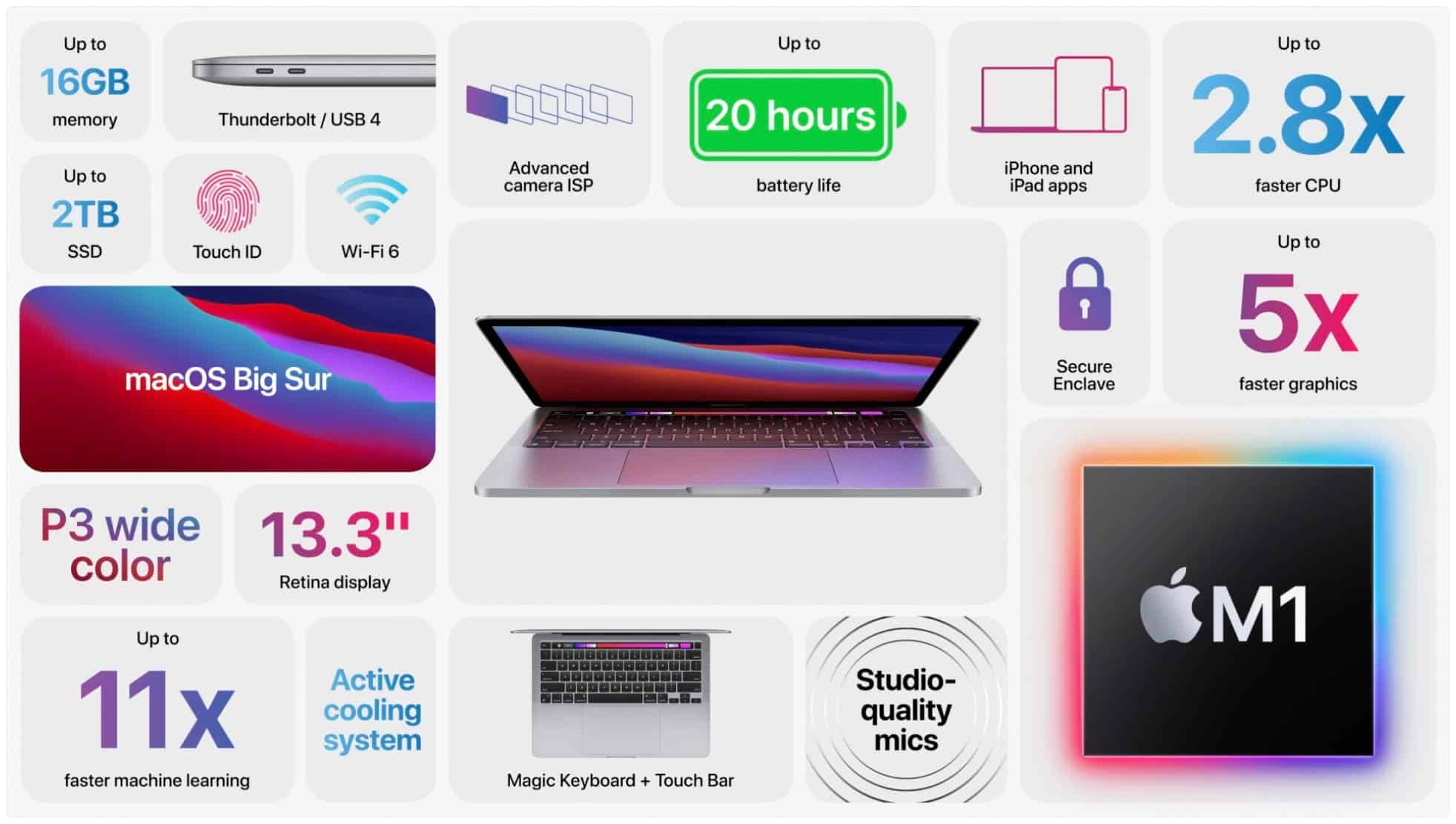 Like the other devices, this MacBook Pro is therefore powered by an M1 chip. It is therefore more powerful than the current 13-inch model. Apple says it’s 2.8 times better on the CPU part and 5 times on the GPU part, which is really impressive. And of course, it’s also significantly more powerful than a large number of Windows PCs, which should come as no surprise to anyone.

But the real strength of this MacBook Pro isn’t just its power. Apple announces an autonomy of 17 hours surfing the web and 20 hours in video playback. It’s two times better than the old model, which also impresses quite a bit. 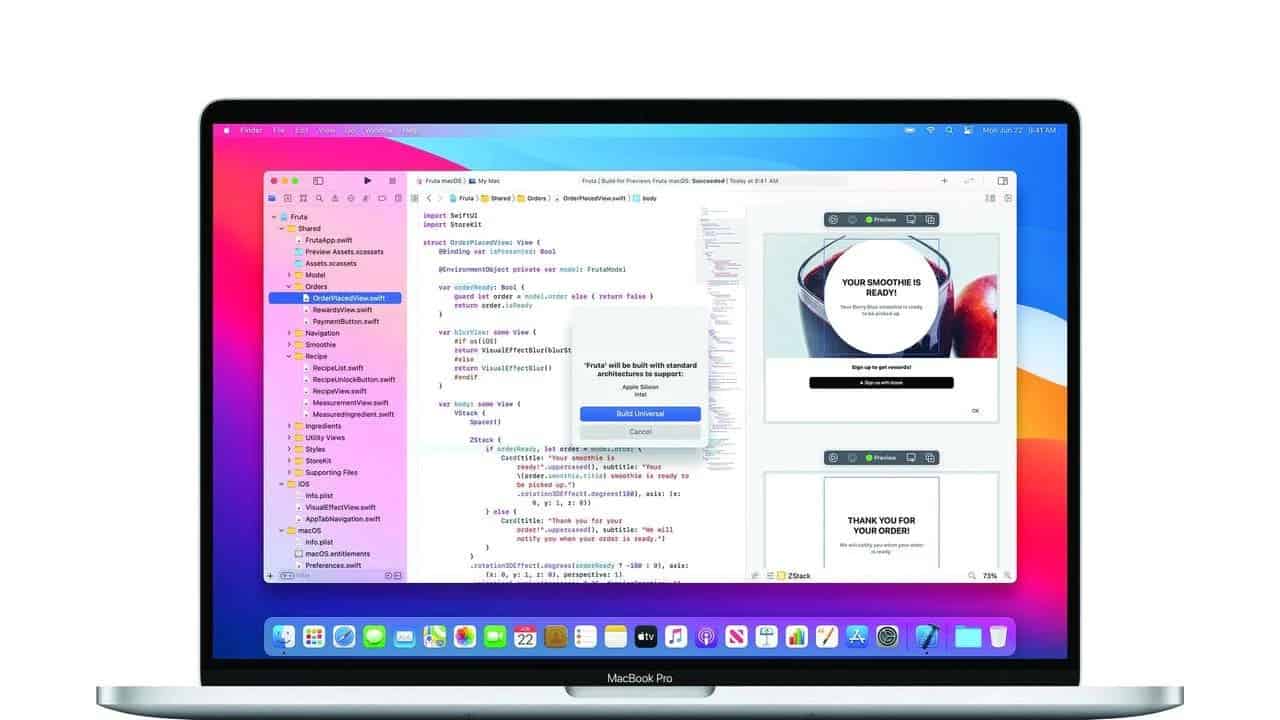 There is also a secure enclave and support for Pro Display XDR with a definition in 6K. The screen has also been improved, as are its microphones. And there is WiFi 6 as a bonus.

The price remains unchanged and this Macbook Pro M1 will therefore be offered from $1,299 with 8 GB of RAM and 256 GB of SSD. It can be ordered today, for delivery from next week. 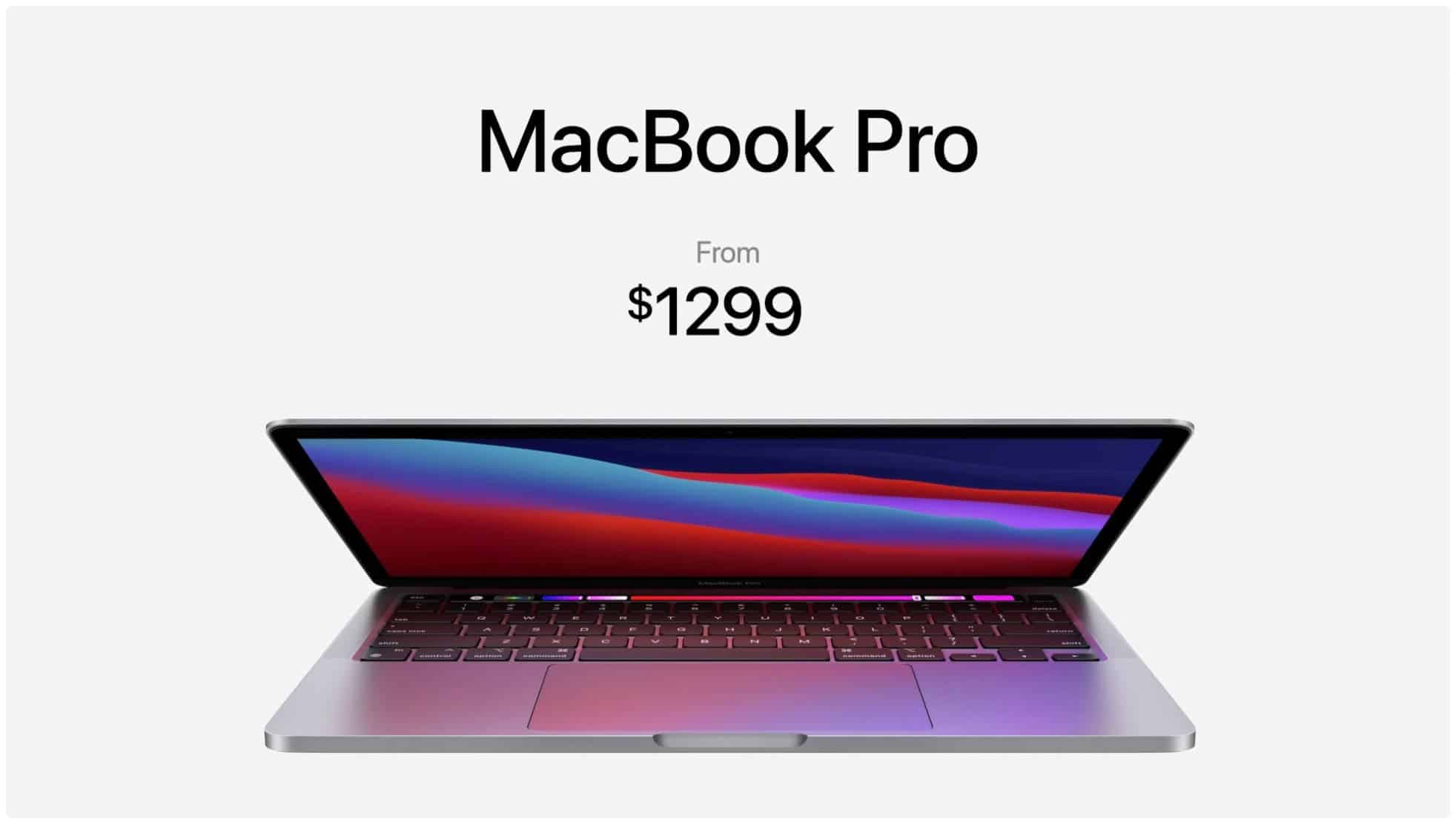 Note that the final version of Big Sur will be released this Friday. Tim Cook also indicated that the transition is not going to end here. More announcements will take place over the next few months, and of course, desktop Macs are expected to move quickly to the M1 chip as well.

At Today’s Apple event with the theme “One More Thing”, Apple commenced the conference with the launch of the M1 chip for Mac. According to Apple, this chip is the first chip designed by Apple for the Mac. This chip boasts of low power consumption and small size. Apple said that the M1’s performance per watt has made a “great leap”.