Today, @DigitalChatStation released the engineering machine score of the MediaTek MT6893 SoC. This is one of Meditek’s new chips and there are reports that a Redmi device will launch this chip. According to the leak, the single-core running score of the current engineering machine with the MediaTek MT6893 chip is about 4000 points. This is higher than the single-core running score of the Dimensity 1000+. The Dimensity 1000+ is currently Mediatek’s best chip. 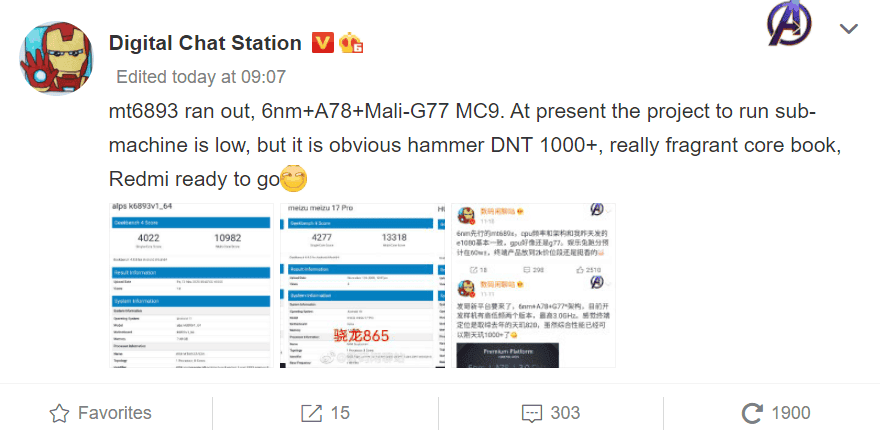 According to a Geekbench test, this chip has 8 cores. However, we do not know much about this chip for now. According to recent reports, MediaTek announced this week that it will release a 5G chip with a 6nm process technology. The model of this 5G chip is MT689X (the last digit is not yet clear). This chip adopts ARM Cortex-A78 core design, the highest frequency of the main core is 3.0GHz, and it will be manufactured by TSMC 6nm. The CPU frequency and architecture of MT689X are the same as Samsung Exynos 1080.

MediaTek may be working on more than one chip

According to previous reports, the MT689X should be released before the end of this year. Of course, a Chinese manufacturer will likely launch this chip. The front runner for this is Redmi.

It is worth mentioning that @DigitalChatStation previously stated that MediaTek is preparing two new chip products. The models are MT6893 and MT6891. So the above-mentioned running sub-model and MediaTek’s official announcement model may not be the same chip.