Oppo will hold the Future Technology Conference 2020 (OPPO INNO DAY 2020) in Shenzhen from November 17 to 18, 2020. At the conference, 3 conceptual products and 2 sets of technical systems will be officially released. Today, Oppo officially warmed up the Oppo concept phone, saying “Big screen? Small screen? Infinite screen? In the future, your phone may be able to retract freely”. This suggests that Oppo is working on a smartphone with a stretchable design. However, this is one for the future, certainly not coming anytime soon. 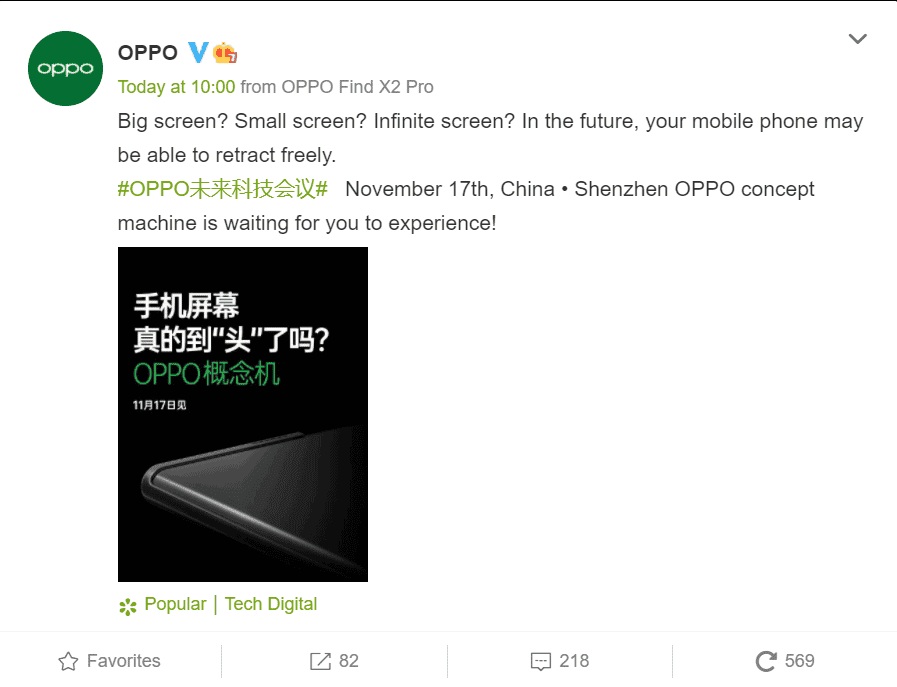 The official also released a poster showing a corner of the phone, which is very distinctive. The point is that the frame of the device is much higher than the screen. 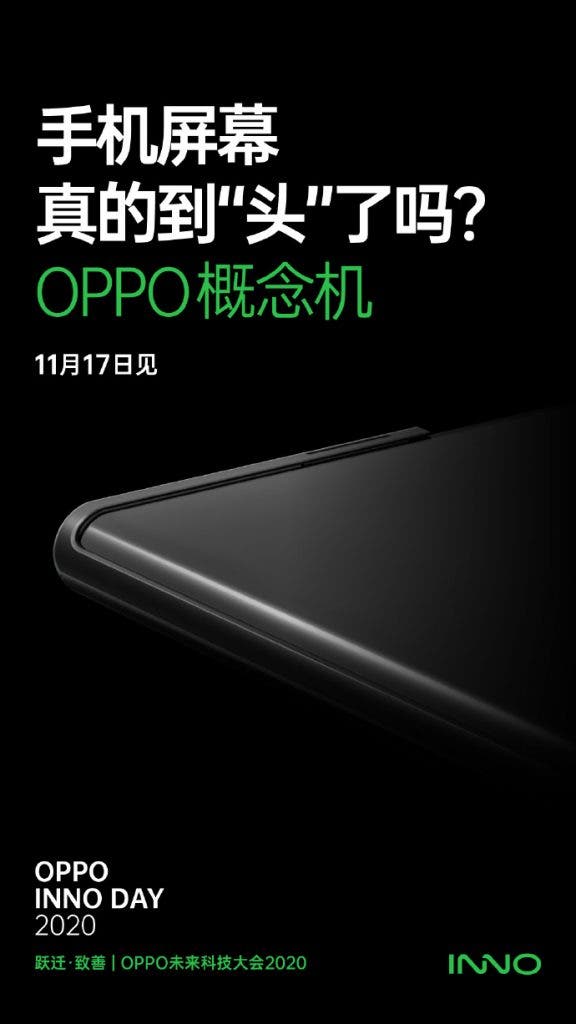 In addition, the digital blogger @DigitalChatStation guessed that the Oppo’s concept phone will adopt a “cloud scroll screen”, and the screen can be stretched horizontally. Of course, it is still uncertain which screen design the Oppo concept phone uses. However, it is definitely something to watch out for. 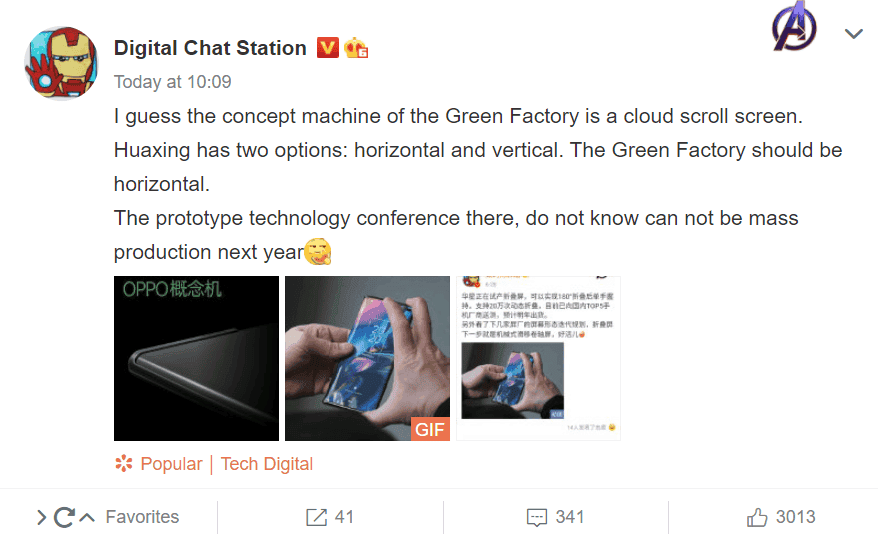 The market of wearables is trending in 2020 thanks to a huge demand for smartwatches and TWS earphones. However, there is a particular niche in this segment that also attracts a lot of customers, the market of AR Glasses. In a bid to catch a slice of this market, Oppo is gearing up to launch a new OPPO AR Glasses 2 on November 17. The company will hold the 2020 OPPO Future Technology Conference in Shenzen. It’s an annual event where the giant reveals some of its latest technology advances. It also reveals and teases future technologies brought by its R&D team. Today the company published a teaser that suggests the arrival of the new AR gadget.

According to reports, OPPO will showcase an FDF full-dimensional portrait video technology at the event. Moreover, it will bring a full-link color management system and will reveal three concept products. Now, the company revealed via its Weibo account that the second generation of its AR glasses will be revealed at the Future Technology Conference. The teaser poster reveals that the new OPPO AR Glasses 2 will offer a comfortable experience for its users. It’s a lightweight product with two cameras in the corners of the two lenses. One of the cameras probably will be giving power to the AR system.

Next Redmi Note 9 5G Lineup To Launch Next Week