Samsung basically reinvented its mid-range smartphone business last year with the exciting devices from Galaxy A and M-series. The company was plagued by weak budget devices with subpar specs, confusing lineups, and overpriced devices. Now, however, the Galaxy A and M-series are pretty much a success that helped the company to reconquer the first place in the Indian market. This year, Samsung worked to establish the lineups with new competitive devices while it expanded the pricing range and segment coverage. Now, the company seems to be moving on to the next generation of smartphones, and one of the first devices to come will be the Galaxy A12.

The Galaxy A12 has appeared on Bluetooth SIG certification which gives us a hint of a near launch. The certification isn’t very revealing but confirms the presence of Bluetooth 5.0 technology. The device has an SM-A125F model number and also made a visit to the GeekBench Benchmark platform and Samsung Russia support page.

According to the Geekbench listing, the new smartphone will pack the MediaTek Helio P35 chipset. It’s a cost-effective SoC that consists in eight Cortex-A53 cores clocked at up to 2.3GHz. The phone is paired with 3GB of RAM and according to a report from SamMobile, the phone will come in 32GB and 64GB Storage variants. Of course, it will come with a microSD card slot for further memory expansion. As aforementioned the device is listed on Samsung’s Russia website which hints at an imminent launch. This device isn’t the most appealing phone from Samsung. For that reason, we expect the company to make a quiet launch for it. 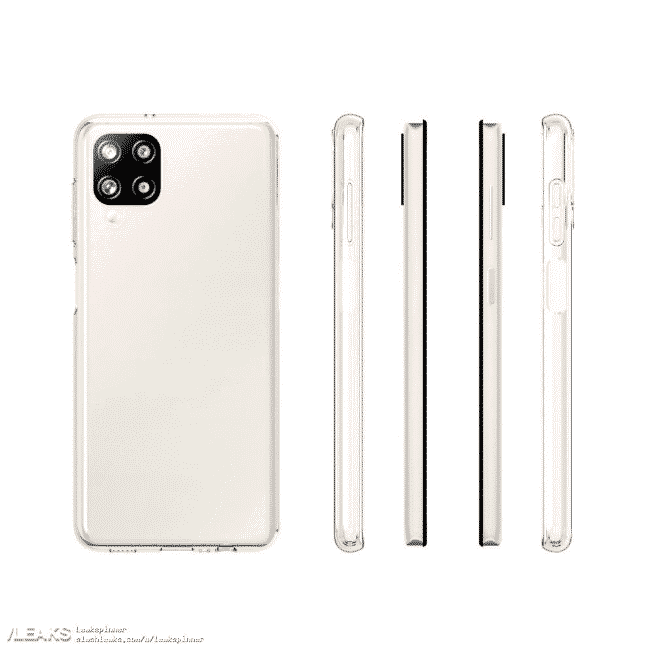 The new phone will be quite different from its predecessor. According to a leaked render that emerged in Slashleaks, the phone will feature a Square-shaped camera. The new setup is similar to the Galaxy A42 5G. The module comprises 3 camera modules and an LED flash. There is a top-left hole, but its functionality remains a mystery for now. Worth noting that renders are based on case images, so we should digest them with a pinch or two of salt.

Other specifications include a 6.4-inch HD+ panel that can be a waterdrop notch or a punch-hole one. The selfie snapper will not have more than 8MP of resolution. The phone will have a 13MP primary rear camera, a huge battery, and a 3.5mm headphone jack. Interestingly enough, the phone will bring NFC which further establishes Samsung’s intentions of bringing its cashless payment platform to low-end handsets.

Read Also:  Huawei CEO: We would have dominated the market without US sanctions
Source/VIA :
Root MyGalaxy

Previous Realme X7 launch in India as it got BIS certification