Since the debut with F1, Xiaomi’s independent sub-brand Poco has launched numerous devices across various segments. The Chinese smartphone maker currently has three lineups namely Poco C, Poco M, and Poco X. The smartphone maker is now planning to add another device to its M series. Yes! we’re talking about the Poco M3 that we’ve been hearing about for a couple of weeks. Poco has already announced that it will launch the device on November 24 i.e. tomorrow.

Ahead of the official unveiling, Poco has now revealed key specs of the device via a series of tweets on its official Poco Global account. According to the brand, the M3 will have a large 6.53-inch real estate on the front. Under the hood, the device will make use of a Snapdragon 662 chipset. The SoC will get the its fuel from a large 6,000 mAh battery packed inside. Apart from all these, POCO hasn’t revealed anything else about its upcoming budget smartphone. That makes sense considering the official launch is right around the corner and the brand would not want to give away everything. 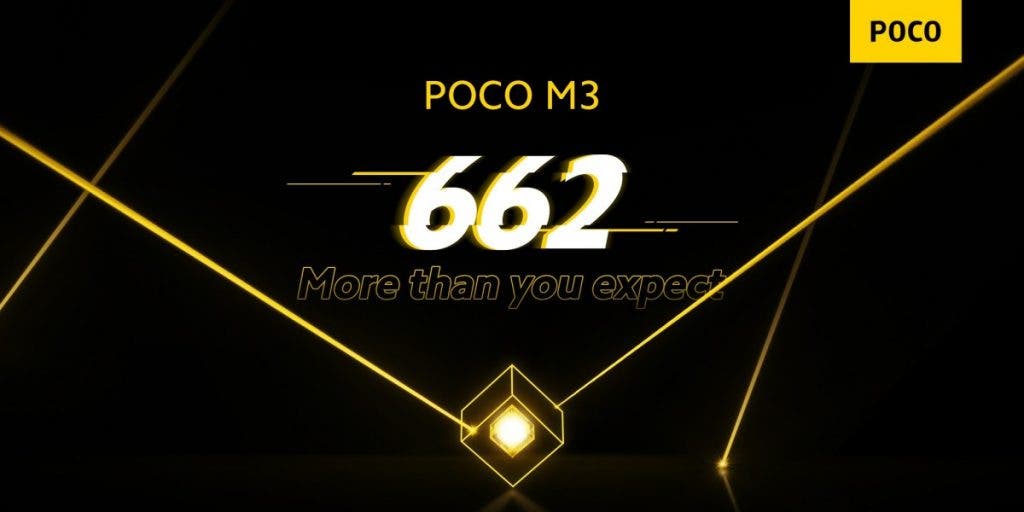 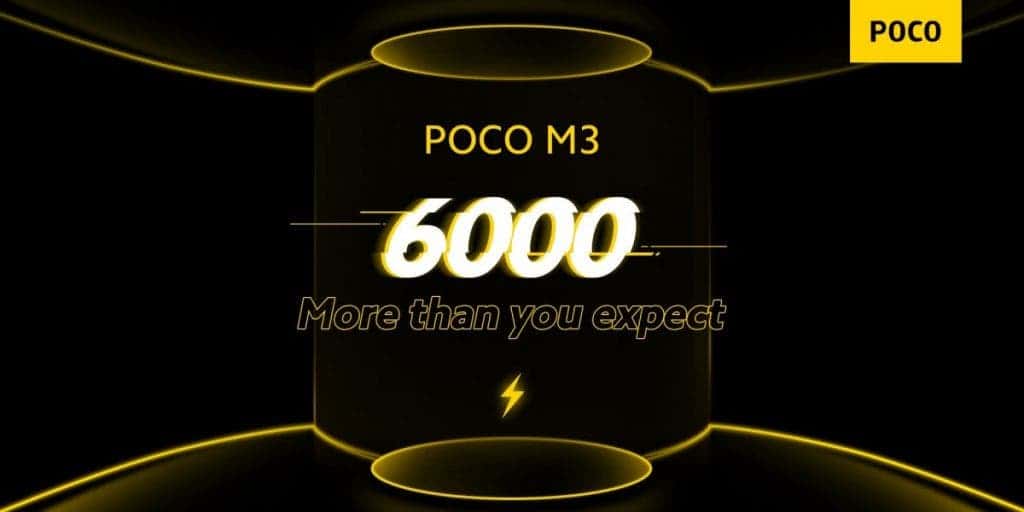 Poco is teasing the smartphone with a hashtag #MoreThanYouExpect promising to offer more than your expectation.

Poco M3: Here’s what to expect from the smartphone!

Last week, we saw a render image of Poco M3 making its round on the internet. The image showcases a device in multiple color options namely Black, Yellow and Purple. The device features a massive rectangular module on the back featuring the rear camera setup along with a big POCO branding. On the front side, you can see a big display with a waterdrop notch housing the front selfie camera. Considering previous rumors, the display will have a Full HD+ resolution with Gorilla Glass protection. The smartphone will pack in a 6GB RAM paired with up to 256GB onboard storage.

If that’s not enough, then you will also be able to expand your built-in storage with a dedicated memory card slot. For cameras, we’re looking at a 8MP front selfie camera and a 48MP triple rear camera module.  Of course, it will run on the latest Android 10 operating system with POCO launcher on top. The device should also feature some kind of fast charging capabilities. With that said, these are all just rumors and leaks and the official information would be confirmed in a matter of hours.