After Xiaomi filed a complaint with the local police station, the police conducted surprise inspections in the market in October and November. More than 3000 products were found on the market, including mobile phone cases, earphones, mobile power banks, chargers, and earphones. Shopkeepers from these two cities were arrested for allegedly selling fake Xiaomi products valued at Rs 249,000 ($3,300) and Rs 84,000 ($1,135).

According to reports, the supplier has been managing this business for a long time. It has also been selling a variety of fake products on the market. Xiaomi claims that the packaging and quality of the fake product retail box will be very different from the real one. The company said that users can go to Mijia to verify the original packaging. In addition, unauthorized charging cables are often fragile and can easily break. 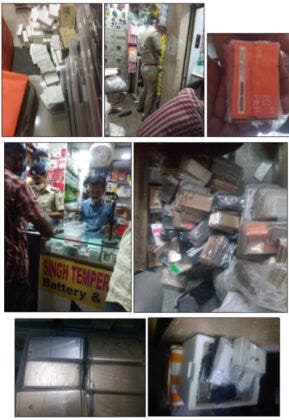 With the increasing number of counterfeit products in India, Xiaomi India has set up a special task force to continuously monitor the market and take action on such cases. Xiaomi India stated that buyers should be careful of such incidents and only buy genuine products from authorized stores and cooperative stores. The company stated that consumers should only repair their phones through authorized service centers and use only genuine accessories.

Samsung, Huawei, and Xiaomi tops the smartphone market in Q3 2020