A couple of weeks ago, Motorola announced the Moto G 5G as its budget 5G offering. The device is less powerful than the Moto G 5G Plus, but still capable thanks to the Snapdragon 750G. Yesterday, Motorola announced that the new 5G handset will be released in India on November 30. Now, it seems that the device won’t reach alone as the Moto G9 Plus appeared on the country’s BIS certification website. The Moto G9 Plus was released in Brazil and UK, its launch in India now seems imminent.

According to a report from MySmartPrice, two Motorola devices bearing model numbers XT2083-7 and XT2087-3 appeared on the BIS database. Apparently, the XT2087-3 may be a variant of the smartphone coming for the Indian market. The reason is that a device bearing XT2087-1 model number visited TUV Rheinland and FCC certifications before. In the end, this device proved to be the Moto G9 Plus variant for European markets.

Interestingly enough, Motorola launched the vanilla Moto G9 a long ago in India. So it makes perfect sense for the company to unleash thew Plus variant in the emerging market.

The Moto G9 Plus gets its name thanks to a 6.8-inch LCD with Full HD+ resolution. Motorola calls this a Max Vision Display thanks to the 2,400×1080 resolution and 368 pixels per inch. It’s not the slimmest display out there, but it’s acceptable with an 89.4% screen-body ratio. The panel has a top-left punch hole that serves as a house for the 16MP f/2.0 selfie snapper.

Under the hood, the device has the Qualcomm Snapdragon 730G chipset. It’s a powerful Octa-Core chipset that delivers solid performance and can even run demanding games thanks to Adreno 610 GPU. The device will pack 4GB of RAM and 128GB of Expandable Storage. 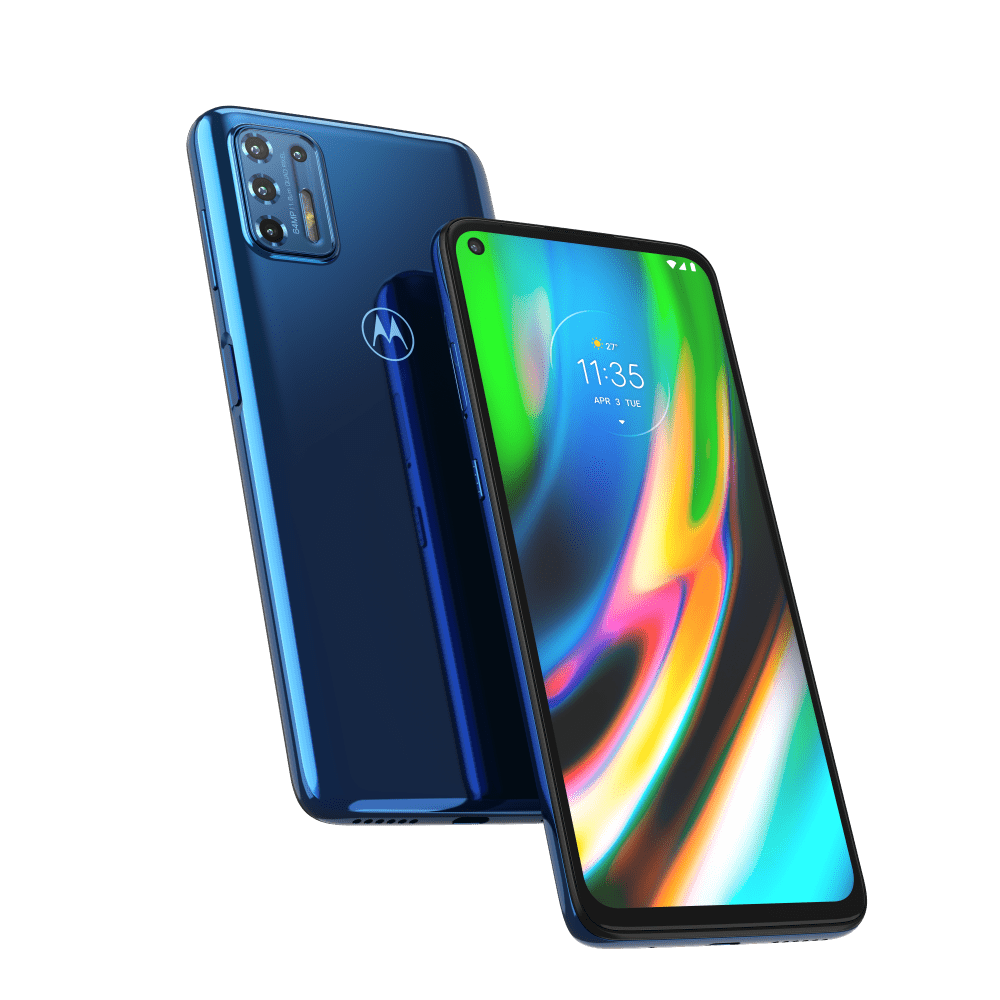 In the camera department, we have a Quad-rear setup with 64MP and f/1.8 aperture, an 8MP ultra-wide lens with 118-degrees FOV, a 2MP macro module with f/2.2 aperture, and a 2MP depth sensor. The phone comes with a side-mounted fingerprint scanner due to the LCD nature of this display. It draws power from a 5,000mAh battery with 30W TurboPower charging.

The device may come with a cheaper price tag in India, after all, it will face heavy competition in a segment dominated by devices like the POCO X3 and Realme 7 Pro.

The Moto G 5G will go official in India on November 30. We expect the Moto G9 Plus to come alongside.