DxOMark: The iPhone 12 camera is much better than its predecessor 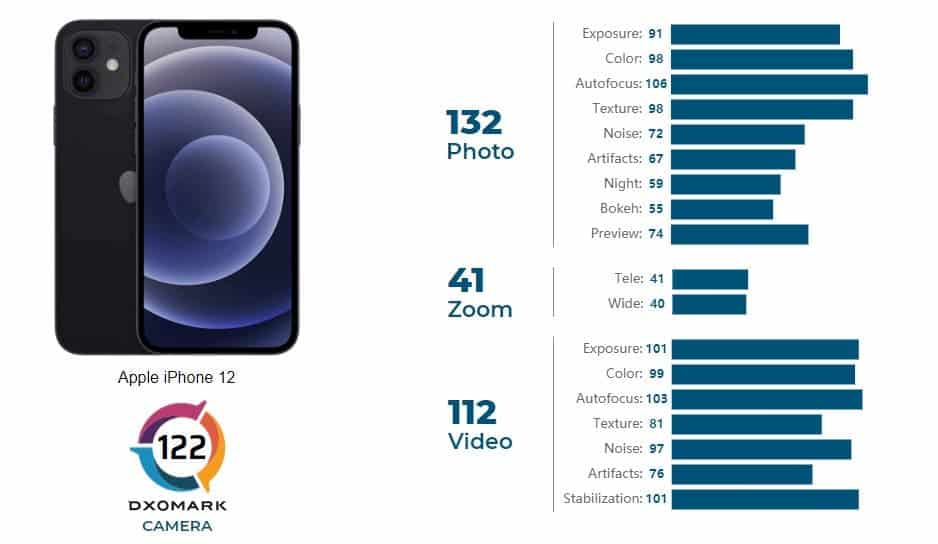 When taking photos, experts note the exact metering and colors, but note that the dynamic range could be wider. Autofocus is fast and accurate (common to all iPhone 12 models), and the details are good. On the other hand, there is more noise than we would like, imitation of the bokeh effect in portrait mode is “disappointing”, and there is no sensible scaling due to the lack of a “telephoto-module”.

In video shooting, the smartphone has only 1 point less than the iPhone 12 Pro Max. There is a wide dynamic range due to support for Dolby Vision HDR, and rich colors, and accurate exposure, and good detail in bright lighting, and effective stabilization. However, with a lack of light, details are lost, and the main problem when shooting video is noise, which is visible even in good lighting conditions.

In general, Apple has squeezed out, probably, all that is possible from 12-megapixel sensors and optics installed in the iPhone 12. The smartphone cannot equal the top positions of the rating, but it cannot be called a failure either. Still, it shoots much better than the iPhone 11, and in this case, an upgrade for the camera makes sense.

Next Huawei began to get rid of Android on its smartphones