Yesterday, Qualcomm officially released its latest flagship SoC, Snapdragon 888. You may be hearing bout this chip for the first time. Well, it is the same chip as the rumored Snapdragon 875. Qualcomm opted for the “888” name because the figure is a lucky number in China. Whenever Qualcomm releases a new flagship chip, there is always a fight for “who will be first”. At the event, Qualcomm did not reveal the first to use this chip. Nevertheless, after the release, Xiaomi’s CEO Lei Jun took to his official Weibo handle to dish out some important information. According to him, the Xiaomi Mi 11 will be the first model to use the Snapdragon 888 SoC. 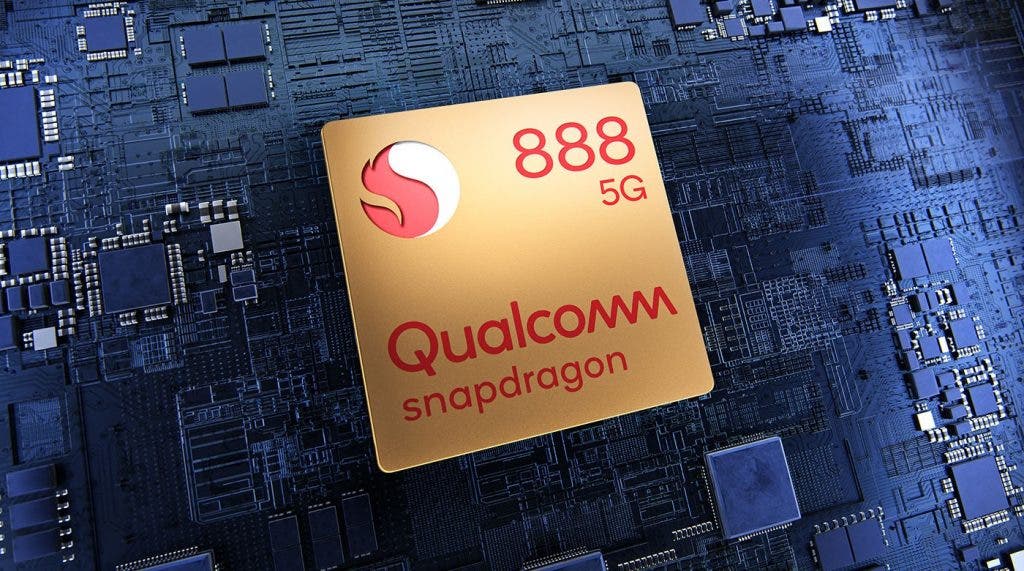 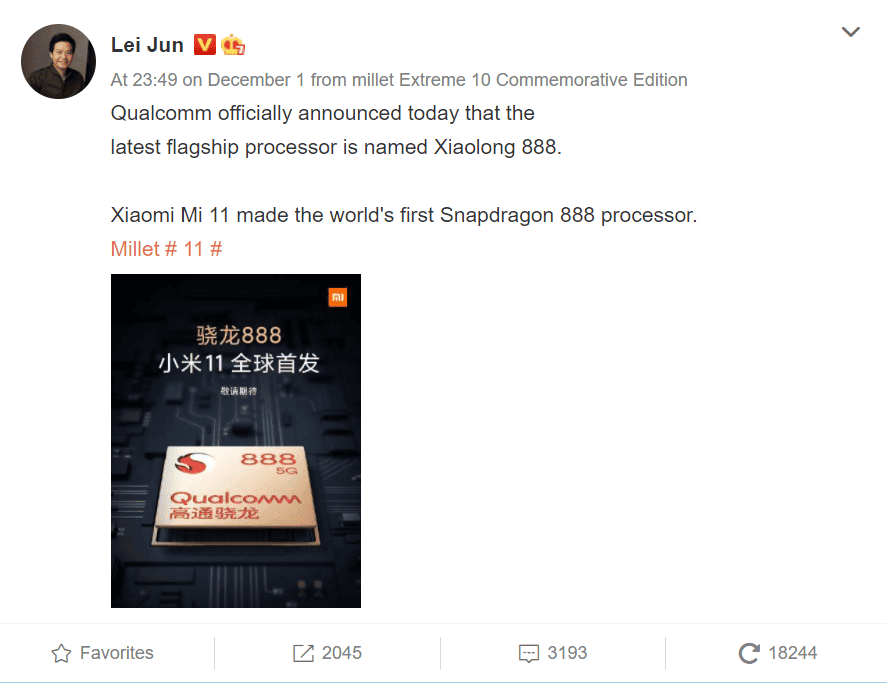 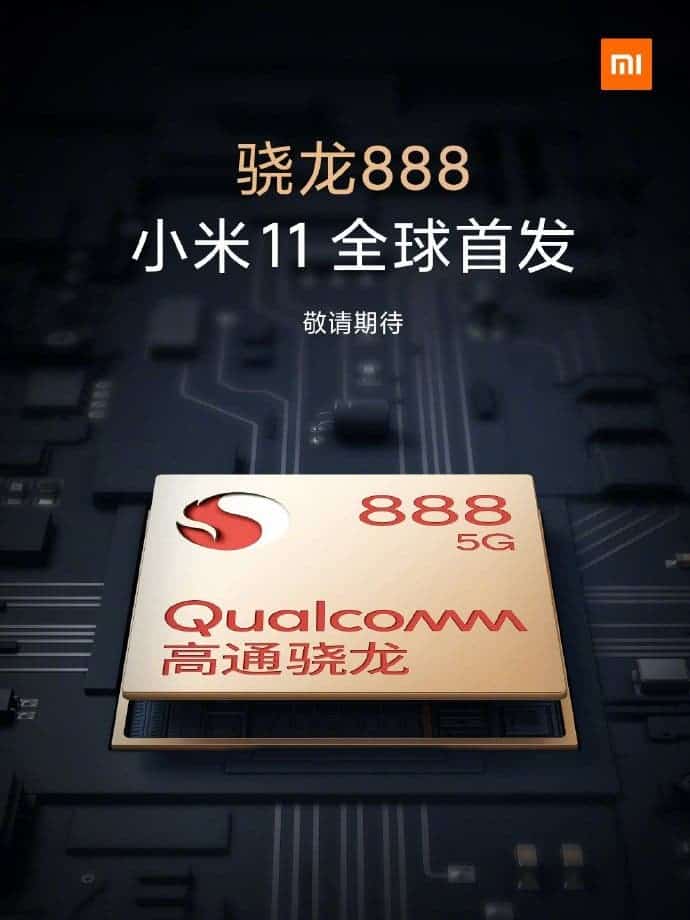 In addition to the Xiaomi Mi 11, many other smartphones will use this chip. The likes of ZTE, Nubia, Realme, and even Meizu have all confirmed that they will use this processor.