An image has surfaced online claiming to showcase the OnePlus 9i, the youngest member of the new OnePlus 9 line. It has previously been speculated that in addition to the upcoming OnePlus 9 and OnePlus 9 Pro, the company is planning to launch a mysterious model dubbed the OnePlus 9E in 2021. Now, this model is called OnePlus 9i. 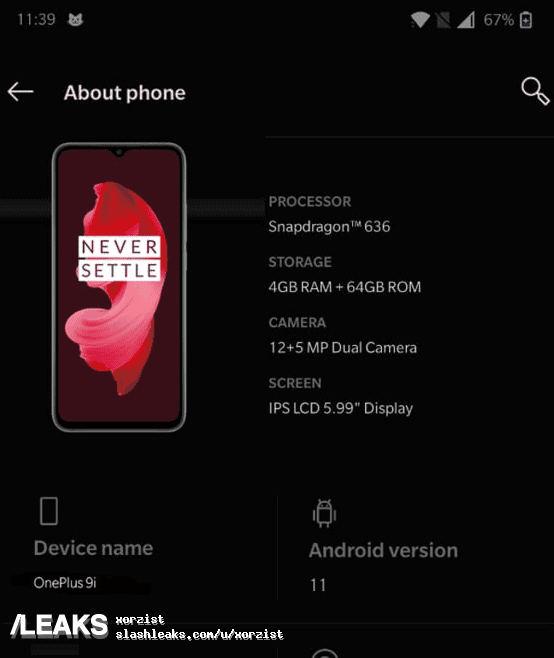 The smartphone should get the familiar design of the front part; the screen will have quite noticeable bezels on all sides; and the front camera will be located in a waterdrop-shaped notch in the upper center of the display.

The device has a 5.99-inch IPS screen, a Qualcomm Snapdragon 636 SoC, 4GB of RAM and 64GB of flash memory. The main camera will have sensors with a resolution of 12 and 5 megapixels.

Presumably, the OnePlus 9i will run OxygenOS based on the Android 11 operating system.

A photo has surfaced on the Web, which allegedly shows the OnePlus 9 smartphone for the first time, or a prototype, as suggested by the insider.

Judging by this photo, the smartphone will receive a standard front-facing camera that is embedded in the screen at the top center. In previous renders of the OnePlus 9 Pro, the camera was located in the upper left corner of the screen. 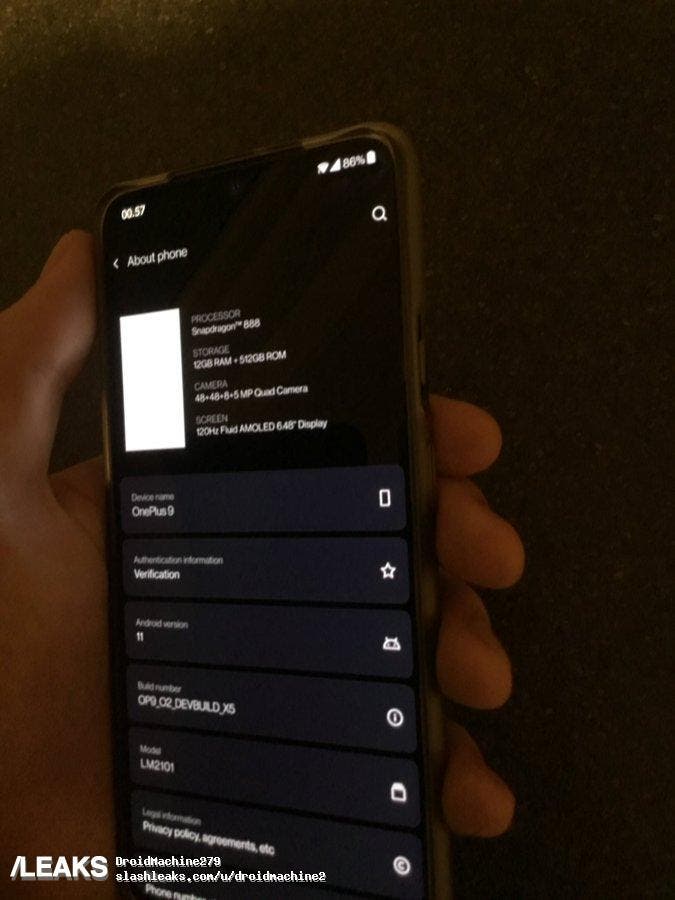 The photo also shows the characteristics of the device. The smartphone will be based on the Qualcomm Snapdragon 888 SoC. This platform uses the Arm Cortex-X1 super-core, which clocks in at 2.84 GHz; as well as three Cortex-A78 and four Cortex-A55 cores. The platform also received a built-in Snapdragon x60 5G modem and an Adreno 660 graphics processor.

This particular model has 12 GB of RAM and 512 GB of flash memory; the main camera has image sensors with a resolution of 48, 48, 8 and 5 megapixels. The new flagship will feature a 6.48-inch QHD+ AMOLED display with a built-in fingerprint reader. The screen should support 120Hz refresh rate.

According to the latest reports, OnePlus may reschedule the presentation of the OnePlus 9 and 9 Pro from April to March next year to catch the attention of some potential Galaxy S21 buyers.