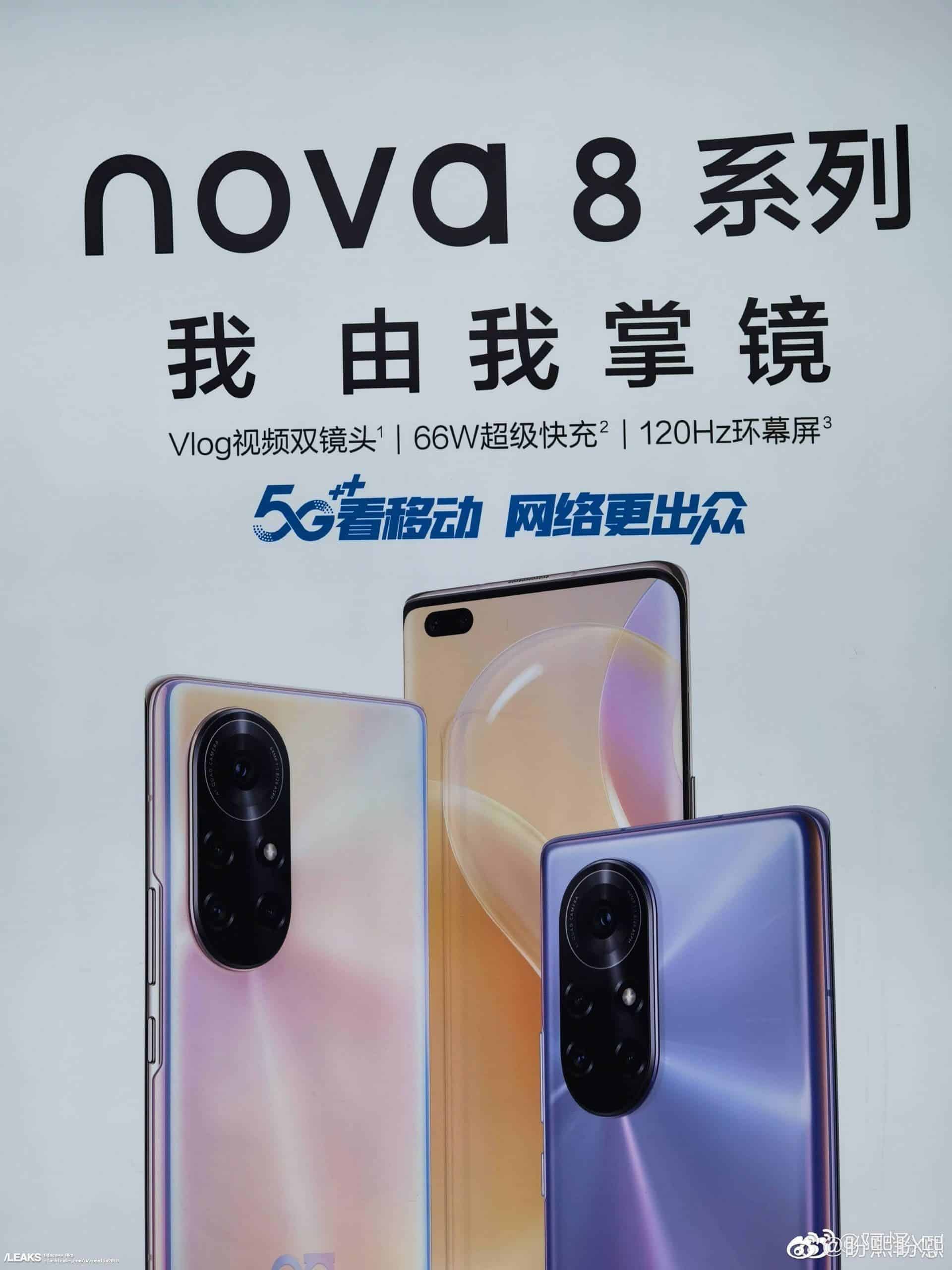 The image confirms that the smartphone will receive a camera of a completely new form, the resolution of the main sensor should be 64 megapixels. The smartphone is based on the Kirin 985 SoC.

The smartphone should be available in versions with 8/128 and 8/256 GB of memory and support 66W fast charging. The Huawei nova 8 Pro will receive an OLED waterfall screen with a refresh rate of 120 Hz and a dual front camera with a 32-megapixel main sensor. 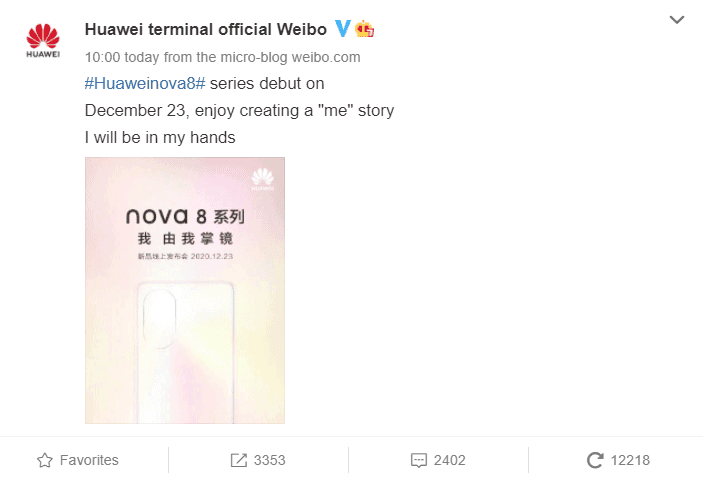 Previously @DigitalChatStation also revealed that Huawei will launch the Dimensity 700 chip. The new phone will use a 6.5-inch FHD+ resolution 60Hz refresh rate LCD single punch-hole LCD screen. The punch-hole will be in the upper left corner of the display. On the front, the device will have a 16MP camera. On the rear, it will use a 48MP main sensor; as well as an 8MP+2MP+2MP configuration to complete the quad-rear camera setup. Furthermore, this smartphone will come with a 4000 mAh battery that supports a 40W fast charge. From speculations, this phone will be the standard Huawei nova 8. 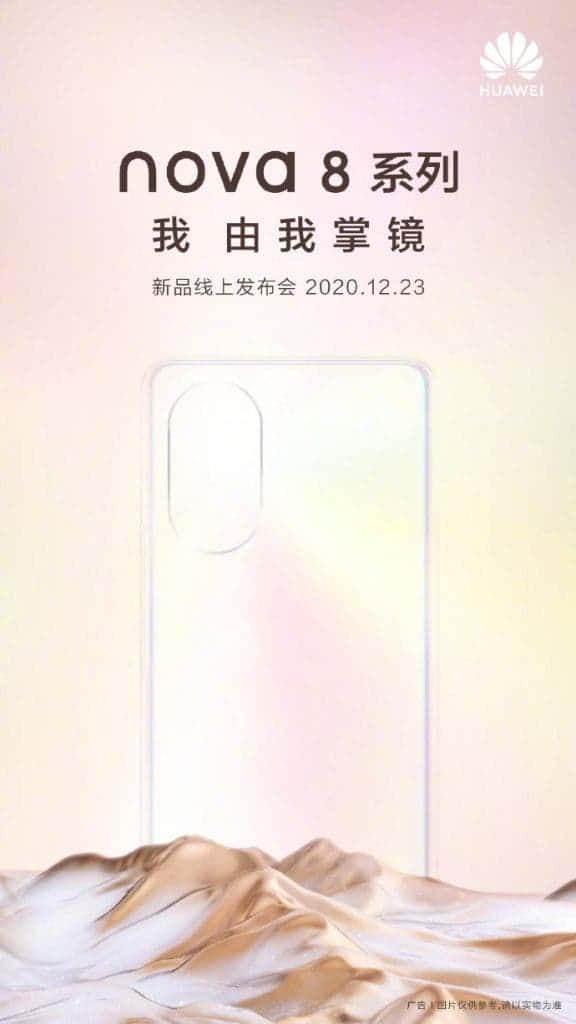