Realme C-series is well known for bringing good specifications at a low price point. While some brands often make low-devices with subpar specifications, Realme is trying to innovate with its Realme C-series. According to recent reports, Realme is gearing up to launch a new affordable smartphone under this lineup dubbed Realme C20. Today, the handsets appeared on Thailand’s NBTC certification which suggests the smartphone launch in the country and also confirms its moniker. According to the NBTC listing, the Realme C20 sports model number RMX3061 was recently spotted on multiple certifications. One time that the device passed across important certification authorities, we’re safe to assume that it will launch anytime soon.

A low-end smartphone with 5,000mAh battery capacity and a triple-camera setup

One time that the Realme C-series is characterized by low-end smartphones with an affordable price tag, we don’t have great aspirations for the Realme C20 specifications. Of course, it can impress us as the Realme C3 did, but it can also be a modest smartphone like the Realme C12. One thing we know, this is a 4G LTE smartphone. There are a plethora of possible chipsets to come inside the handset like the trending Snapdragon 662, Snapdragon 460, or even a MediaTek chipset. The first choice could potentially make the C20 the direct competitor for the recently released POCO M3 and the Redmi 9 Power. Worth noting that the device got Bureau of Indian Standards (BIS) certification which confirms its launch in India. FCC listing for the Realme C20 reveals a rear side schematic diagram which confirms a square-shaped camera module comprising three shooters. It also confirms the RMX3063 as a variant of this handset. 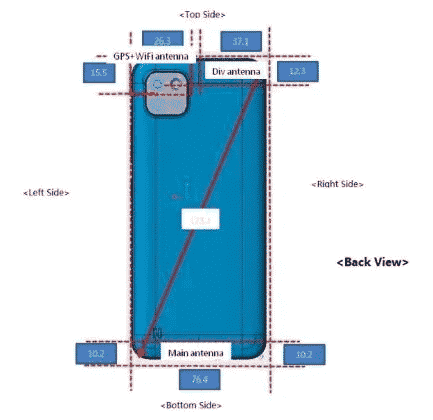 The FCC document also confirms that the phone will run Android 10 OS with Realme UI 1.0 running atop. Obviously, it will be eligible for a future Realme UI 2.0 update which is based on Android 11. The device will draw power from a 5,000mAh battery. Realme is one of the leading companies in fast-charging tech. However, we don’t think that it will be generous with this smartphone. In the best-case scenario, the device will come with 18W fast-charging. In the worst case, it will come with a micro USB with a 10W charging rate.

The device also received certifications from EEC, Indonesia Telecom, and Indonesia’s TKDN. As we can see, the device is a global smartphone with big availability. We expect more details to emerge in the coming days.

Next Chromecast with Google TV firmware will get Apple TV app