Various phone manufacturers have their own app stores where users can download applications, wallpapers, themes, and other content. Samsung has such a store called the Galaxy Store. 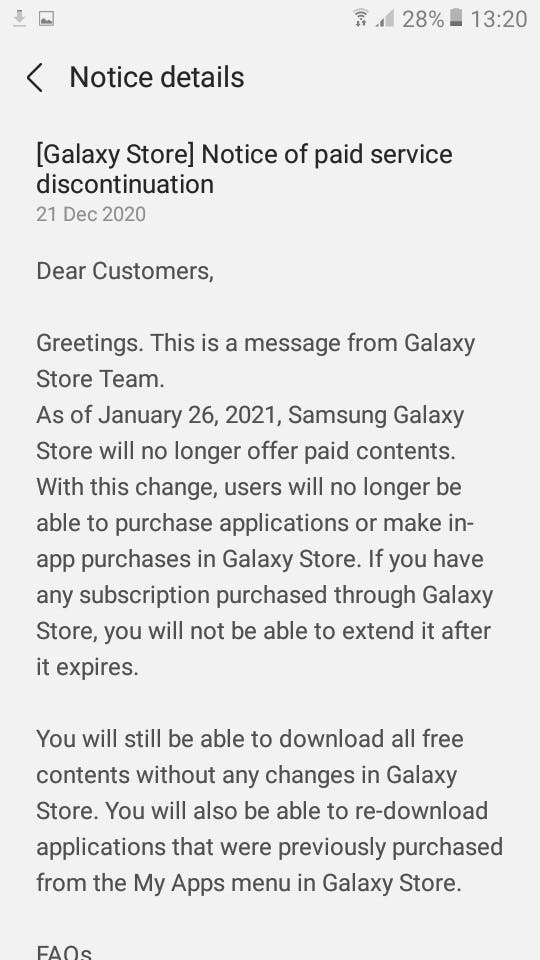 Samsung says it will remove not only paid content, but also apps that allow for purchases. The initial list of countries includes Albania, Azerbaijan, Bahamas, Bangladesh, Iceland, Moldova, Pakistan and Uruguay. It is not yet known whether this strategy will be expanded to other countries around the world.

The reason for this decision was not specified, but SamMobile believes that Samsung did not make it itself, but in order not to violate local legislation. The new policy will take effect on January 26, 2021.